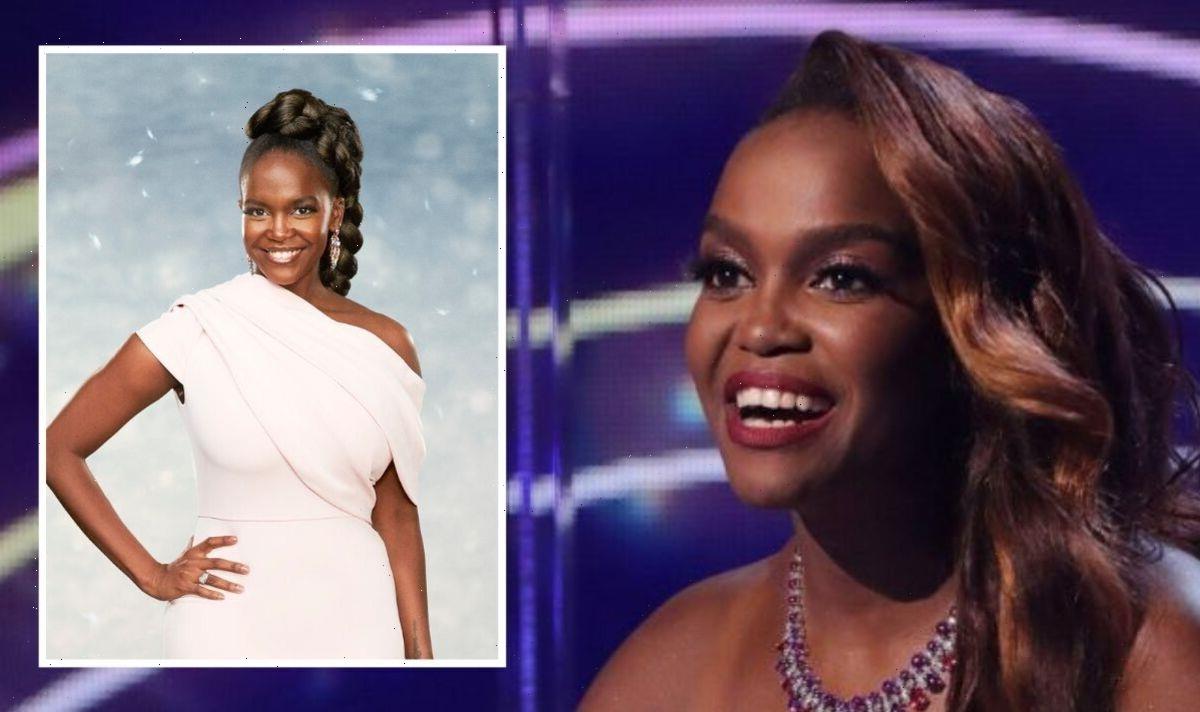 Patsy Palmer explains why she took on Dancing on Ice

Phillip Schofield and Holly Willoughby are also returning to their hosting roles as 11 new stars take to the ice and show off their skills. Former Strictly Come Dancing pro Oti Mabuse recently opened up on what it was like to return to the series and gave an insight into what goes on behind the judging panel.

Oti joined the series last year after she decided to take a step back from her dancing career on Strictly Come Dancing.

Touching on how she felt to be back for another series, she explained: “It feels like last week we were here doing the Semi-Final and waiting for the Final! It’s exciting and it’s such a big show.

“I feel like Dancing on Ice starts the year, it’s the big glamorous sparkly how and it helps you transition from cold January into the warmer months.

“Dancing on Ice is here every Sunday night to give us a bit of glitz and glam. For me, it’s honestly such a privilege to be on the panel and it’s great not to be the newbie anymore!”

Oti sits alongside Diversity founder and dancer Ashley Banjo, who has recently revealed he keeps sweets behind the desk for when they cut to an advert break.

When asked if there was anything Oti kept behind the desk that viewers couldn’t see, she explained: “I have a heater, a hot water bottle and I don’t wear my shoes.

“People see me walking and they see the shoes but as soon as we go to an ad break, I’m in my slippers.

“Sometimes the dresses aren’t comfortable to sit in so I scoop them up and I’ll wear my joggers so that’s why you don’t see me standing.”

Patsy Palmer and her professional skater Matt Evers joined Holly and Phil during Thursday’s This Morning, to discuss the reason she decided to say yes to joining the competition.

“I had a huge 50th birthday bash in LA where I DJ’d and it was all sparkling and I’m like, I need to keep this sparkle going.”

Patsy also compared the training she had been doing against her Strictly Come Dancing stint back in 2005.

“This is nothing like it. It is different because you really do have to focus because like you say it is dangerous, we can’t have anything else on our minds.

“You have to be so far in the present moment that it is like a form of meditation, so I am so glad I have been practising meditation.”

Nudging his co-star and fellow host, Phil exclaimed: “Go on then! Go on!” with Matt agreeing: “We have been waiting for you!”

Pasty added: “Honestly Holly, if you don’t do Dancing on Ice, just go and have an ice skating lesson to understand how it clears your mind.”