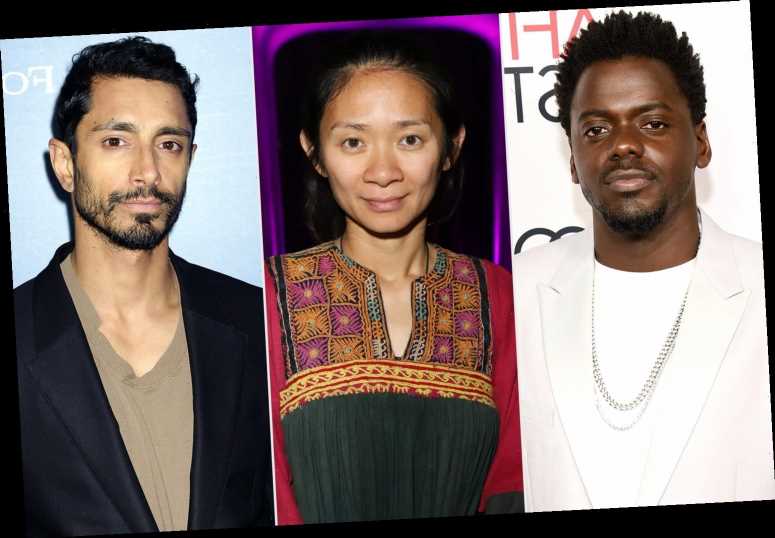 The 2021 Oscar nominations are finally here!

On Monday, Nick Jonas and Priyanka Chopra Jonas announced the full list of Oscar nominees a month ahead of its live telecast on Sunday, April 25.

The Oscar nominations also come three weeks after the Golden Globes Awards, which saw Chloé Zhao become the first woman of Asian descent and the second woman ever to win the prize for best director.

The late Chadwick Boseman earned his first Oscar nomination for his role in Netflix's Ma Rainey's Black Bottom, while his costar Viola Davis extended her record as the most-nominated Black woman with her fourth acting nomination.

Several stars shared their reactions to the Oscar nominations online, including Judas and the Black Messiah actor Daniel Kaluuya, who portrayed Black Panther chairman Fred Hampton before his death at 21 in an FBI raid.

"Today, I am humbled to be nominated for portraying a man whose principles I deeply respect and for guiding me to walk in his footsteps. With the blessing of Chairman Fred Hampton's family, and the unwavering support from Ryan Coogler, Shaka King and Charles King, and the cast led by LaKeith Stanfield and Dominique Fishback, I became a vessel for Chairman Fred's spirit at a time when we need his rally cry for equality and justice more than ever. I commend my fellow nominees for their impressive work. To be seen and celebrated by my peers in the Academy of Motion Picture Arts & Sciences is beautifully humbling and I am deeply grateful. Thank you," Kaluuya said in a written statement. "Never in my dreams did I ever think a Korean actress would be nominated for an Oscar, and I can't believe it's me! I am incredibly humbled by the honor. Thank you so much AMPAS, A24, Plan B, my Minari family and our entire cast and crew. We made this film with love, and I thank you for loving us back. And thank you, Isaac. This is all because of you!" she said in a statement.

Chloé Zhao equally made history twice over on Monday morning with her nomination for Best Director for Nomadland, making her the first woman of Asian descent ever nominated.

"I'm so thrilled for our nominations! Thank you to the Academy. I'm grateful to have gone on this journey with our talented team of filmmakers and to have met so many wonderful people who generously shared their stories with us. Thank you so much to my academy peers for recognizing this film that is very close to my heart," Zhao said. "Working with David Fincher on Mank has been the highlight of my career, and being recognized by the Academy for an experience that brought me this much joy and fulfillment feels surreal. I won't be able to thank David enough for trusting me with this role and for the honor of reintroducing the world to the Marion Davies that I've come to know. To get to study this brilliant, humble woman and help restore her legacy has been a true privilege. Congratulations to David, Gary, and the whole cast and crew of Mank today – your brilliance has not gone unnoticed and I am humbled to share this recognition with you," Seyfried said.

Sound of Metal's Riz Ahmed, who also made history as the first Muslim actor nominated for a Best Actor Oscar, released a statement celebrating the honor.

"Wow! I'm honoured to be nominated by my fellow actors alongside such inspiring performances, and am grateful to the Academy for their support and encouragement. I'm equally thrilled for our visionary writer-director Darius Marder and the brilliant Paul Raci, as well as our editor Mikkel, sound designer Nicolas, and co-writer Abe Marder. These nominations represents the time, generosity and talents of so many — all of our incredible cast, crew, producers, and in particular I'd like to thank my mentors in the drumming, addiction recovery, and D/deaf communities," he said.

"Sound of Metal is about how a health crisis can cut you off from your life and loved ones, and force you to grow in unexpected ways. In a challenging year for so many, I hope this story can inspire us to forge new and deeper connections with ourselves and others," he added. The Oscars will continue with an "in-person" award show which will be broadcast live from multiple locations including its traditional venue, the Dolby Theatre in Los Angeles.