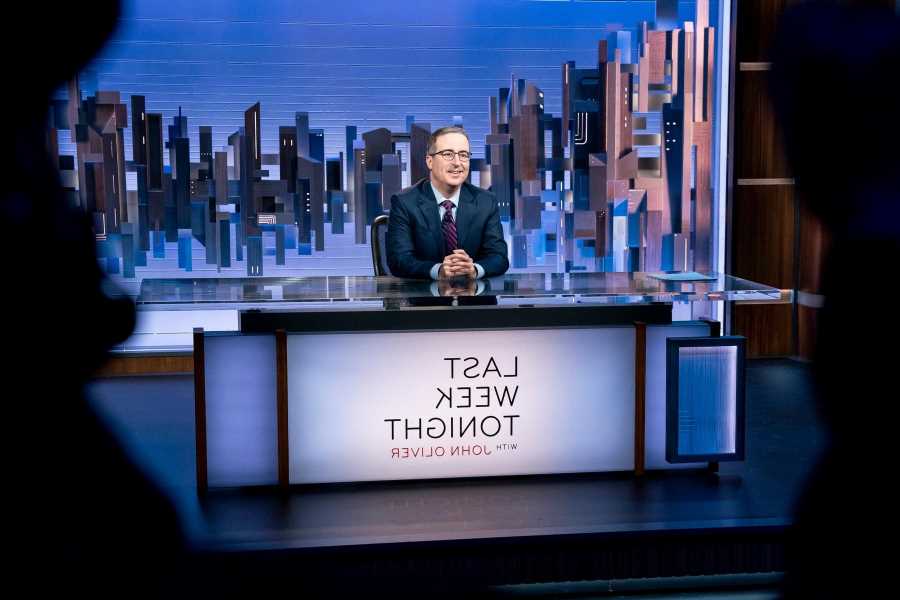 John Oliver knew that the fifth episode of this season of “Last Week Tonight” would air at the same time as the Oscars broadcast, but he might have thought he had a shot at drawing some eyeballs thanks to streaming and… well, the Oscars broadcast. Then Will Smith sauntered up on stage and hit — half-slapped? gently punched? over-tickled? — Chris Rock after the comedian made a joke about Jada Pinkett Smith. Oliver was never going to top that.

But it wasn’t for a lack of trying, because the main segment featured everyone’s favorite or least-favorite topic: drugs. Beyond that, it was tough to understand what exactly Oliver was focusing on; at first it appeared to be street drugs and the new dangers they pose because of the increasingly common presence of the potent synthetic opioid fentanyl, which is cheap to make and therefore used to cut other drugs. Then it seemed like the show would focus on fentanyl itself, which Oliver pointed out is currently involved in about two-thirds of all U.S. overdose deaths. (The U.S. just set a record with about 100,000 overdose deaths in one year.)

Oliver played video released last year by the San Diego Sheriff’s Department that purportedly showed a deputy keeling over after discovering fentanyl in a car; it was, the video said, an overdose. The idea that people OD if they so much as get a phone call from fentanyl has long been a bullshit claim made by law enforcement and then amplified by both local and national news media who can’t resist a story about a drug as dangerous as a chemical weapon.

But as Oliver explained, if you don’t ingest or inject fentanyl — or climb into a wind tunnel and then release several trash bags full of it — you’re fine. It’s more likely the law enforcement personnel who came in contact with fentanyl were not ODing, but instead suffering panic attacks because they’d been led to believe touching fentanyl can kill you. This ongoing fiction is dangerous both because it gives police more justification for their militarization and because it leads judges to hand out harsher prison sentences to those arrested with fentanyl because it supposedly puts police at such high risk.

Oliver then arrived at what the spot was really really about: the benefits of harm reduction and the harm done by the legal barriers to it. Thanks in part to decades-old, nonsensical, racist drug laws — including some of the ones then-Senator Joe Biden wrote in the infamous 1994 crime bill — harm-reduction paraphernalia like drug-testing equipment and overdose-prevention meds are at best difficult to procure and at worse illegal.

Oliver also lauded overdose-prevention centers, which give people a safe place to do drugs they’re going to do regardless. After showing clips of people complaining about the centers and saying they promote drug use and even encourage people who otherwise never would have to try drugs, Oliver set them straight.

“That’s not at all what these centers are for,” he said. “They’re not for the heroin-curious to sample flights of syringes like IPAs. They’re to help people who already use drugs to do so in a way that won’t fucking kill them.”

Oliver wrapped up the segment, as he often does, with an impassioned call for action: Make the overdose prevention medication Naloxone available without a prescription. Change laws that make drug-testing equipment illegal. Push the Biden administration to endorse harm-reduction centers.

When will any of that happen? Oliver couldn’t say. Which may be why he ended the show with a somewhat less weighty prediction: joining an Alaskan town in their annual contest to guess when the ice will melt.