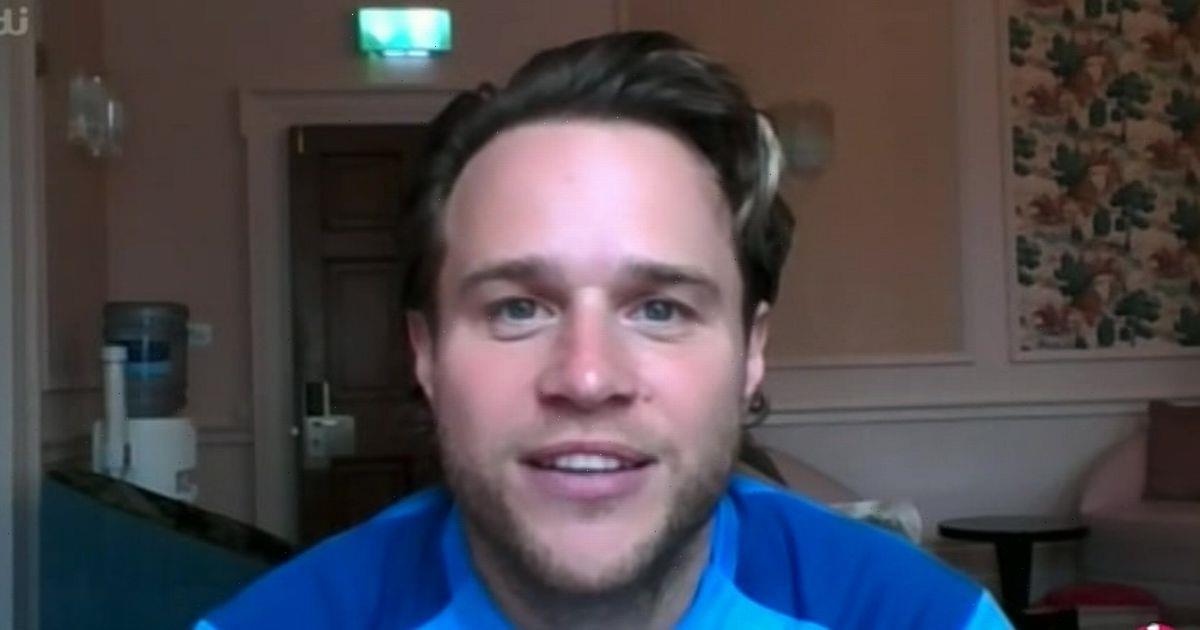 The singer, 37, had been on a gym kick following the help of his bodybuilder girlfriend Amelia Tank.

On the show, Lorraine said: "You have been working very hard and you've changed loads thanks to your lovely girlfriend, she's got you sorted hasn't she?"

Olly replied: "To be fair she is incredible. Amelia obviously went quite viral after the success of her competition.

"And I don't know if I took this the right way or the wrong way but at Christmas, she was like 'right, we need to do this together' and I was like 'right I want to do it with you'.

"We trained and worked really hard and I love doing it and I really wanted to show her the support and for to go on that journey and transform her body into a bikini body and I ended up doing it.

"And at 37 years of age, I managed to get a pair of abs. don't ask me to show you now Lorraine though because I've just had some breakfast. but you know she's an amazing woman and I'm so happy and she's surprising me every day."

Lorraine bigged up the singer and his partner and said: "She's so good at what she does, she's a proper bodybuilder she does it the right way and training in the right way."

She then queried where he was in his search for finding "the one".

The presenter added: "Olly Murs, do you think this lovely lady is the one?"

Olly then went on to explain that he thinks he has found the one, saying: "I'm signed, sealed, delivered, finished, done."

Smiling back at the star, Lorraine said: "I'm so glad to hear it I'm so happy for you."

To which, Olly jokingly replied: "The amount of times I've been on this show saying 'oh, I'm still single, I haven't met anyone yet.'"

Lorraine then concluded: "See when the time is right, it all happens!"