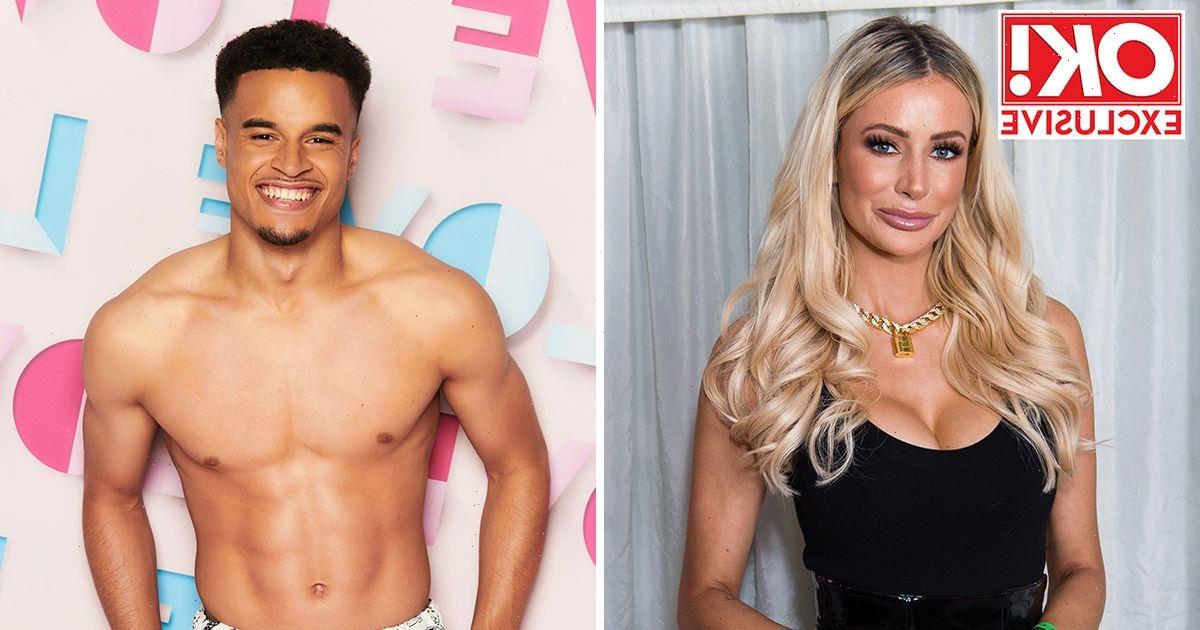 Hey everyone, Olivia Attwood here! It's been another mad week in the Love Island villa since we last spoke… how dramatic was that twist on Tuesday night?

To me, it was just obvious that Brad McClelland was going to volunteer to go. In these situations, although we all want to be equal within gender roles, the man always does try to be a gentleman and it's always the guy that goes in a bid to look polite.

I don't think Lucinda Strafford will hold out for Brad and I don't think she should be made to feel like she has to. I know it's Love Island and they made a connection but she has only known him for a week.

She's a young girl, she's there, he's gone, she just needs to embrace the experience and kind of move on. As horrible as it sounds, there's no real point in her staying there if she doesn't. Get exclusive Love Island stories and fabulous updates straight to your inbox with OK!'s daily Factor 50 newsletter. You can sign up at the top of the page.

I think she was genuinely liking him and fancying him, but she definitely wasn't in love with him so she needs to move on.

I think it was interesting to see the other Islanders' reactions. Being an original Islander myself, I know the originals do definitely feel loyalty to each other so I think Faye Winter and Sharon Gaffka were obviously not that happy.

Faye was deterred by Brad saying Lucinda will get more opportunities if she stayed in the villa. She obviously didn't like what he said, but I think she might be a bit naive. We all know there's two reasons for people going on Love Island these days and we can't pretend that everyone is there for love. Personally, I think it was nice of Brad to think like that and think of the opportunities it could bring Lucinda if she goes further on the show.

However, it was interesting to hear the girls saying the Brad is the more genuine person of the two. I'll be looking out to see if there is some underlying beef going on that we haven't noticed before…

We've also seen that Toby Aromolaran is really concerned what the public think and he's starting to let that effect his relationship with Chloe Burrows a bit. I'm not sure if it's an age thing as he's only 22 or if he wants to win. I find it a real turn off when people start to show that they're thinking of the game, I hate it. I experienced it when I was in the villa, when you realise how obsessed people are with the game element and what the public think of them, it's really cringeworthy.

We've got another new bombshell in the form of Andrea-Jane Bunker and she already has her eyes on fellow newbie Teddy Soares!

Teddy and Faye are a very new couple and Faye is quite intense which I think can play against her at times so I'm not sure if Teddy's head will turn. Time will tell, I definitely couldn't call it right now. I'm 50/50.

Although she's already been 'sister-zoned', Sharon has confessed she's seeing Hugo Hammond in a different light since recoupling with him and I really hope it's genuine. But I know, from being in the villa, that people that don't find that love connection do start to panic.

It's quite an unsettling feeling, the dumpings are coming thick and fast and you do start to really worry about your safety in the villa. I was always in a couple because I just fancied everyone so I never had that, but I heard from the other girls that it was such a draining feeling.

I personally don't see it at all, she's so feisty, she's so opinionated, she's sassy, I couldn't imagine someone like her looking at Hugo twice on the outside, but when you're in there things are very different and you do feel things towards people you would never on the outside.

I hope she's genuine because it's not very nice if she's not, but I'm inclined to believe fear may be motivating her. Let's just see what happens between Hugo and AJ.

Love Island continues nightly at 9pm on ITV2 and ITV Hub. Episodes are available the following morning on BritBox.

For more exclusive Love Island content and all the latest gossip, make sure you sign up to OK!'s daily newsletter.