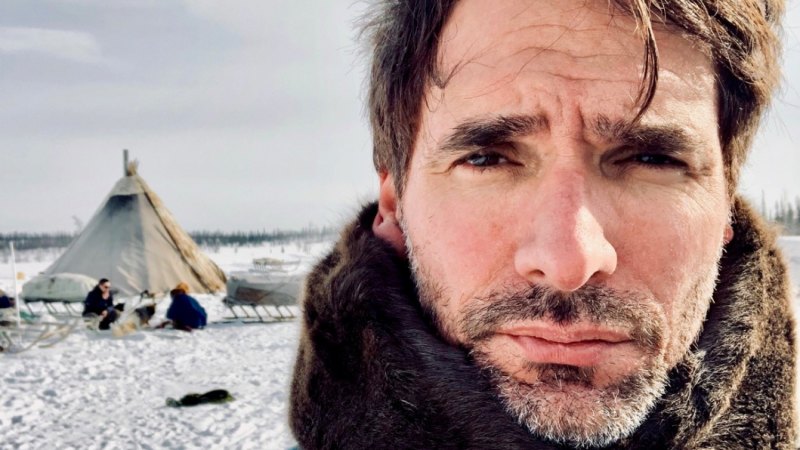 In the field of television documentary there is a delicate dance between what must be watched and what cannot be unseen. The former builds the frame around a compelling subject, the latter is a dice roll which determines its success.

Todd Sampson's Body Hack (Tuesday, 8.40pm, Ten; also available on TenPlay) has form for pushing the boundary. In the show's first season, aired in 2016, it went from the ocean floor to the top of the Himalayas, with a stopover to join the Foreign Legion. 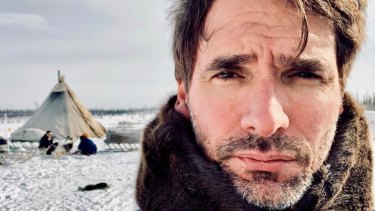 Todd Sampson subjects himself to the extreme climate of Siberia in Body Hack.Credit:Ten Network

The third season of the show demonstrates considerable maturation. Gone is the wide-eyed wonder and in its place a more world-weary feel. Sampson walks and talks like he carries the scars of his past adventures. Given what they've put him through it's no surprise.

Having opened in the battlefield of Gaza, the narrow strip of land at the heart of the Israeli-Palestinian conflict, Sampson has journeyed through Ethiopia, Mexico and comes finally to Siberia, a bitterly cold, wind-shredded wilderness which, in context, seems cosy and inviting.

On paper Body Hack might have taken the audience through the impact of these experiences on human biology and drawn a line in the sand there. But thanks to a combination of Sampson's derring-do, they deliver so much more.

Capturing the tone and texture of a battlefield is next to impossible, even for Hollywood blockbusters. Sampson's stop in Gaza, however, offered something authentic and fresh in a field where the television news reportage is often stale and repetitive.

At the same time, there was no sense of the US-style theatrics that came out of "embedding" reporters with military deployments. Sampson's Gaza was messier but offered a more human dimension.

For the final chapter of the third season, Sampson lands in Siberia to spend time with an indigenous nomadic Nenet family who herd reindeer in the harsh wilderness of Siberia. To understand just how harsh, dial your thermometer down to minus 60 degrees Celsius.

Make no mistake, despite the seemingly more familial setting this is, after all, hardly a battlefield – Sampson's Siberian journey is no less brutal. In the sense that the Nenet family are charming and relatable, maybe Siberian is the most brutal journey of them all.

Sampson is an engaging guide. He has the bravado of Bear Grylls but a bit less of the Survivor-style overperformance. Sampson owns up to his shortcomings but equally shows no fear, particularly when the task at hand is gruesome enough to make the viewer turn away.

His willingness to hack his own body gives the series its sharpest edge, whether that is subjecting himself to the effects of tear gas, or allowing his body to be beaten for sport in the colourful but brutal Lucha Libre of Mexico.

In Siberia he subjects himself to the extreme cold, and the spartan conditions of life in one of the world's true remaining wildernesses.

At the same time his gentle manner, and the inescapable instinct of his fatherhood, gives him something more, equally at ease watching his host skin a reindeer and consume its remains, as he is playing the Siberian version of pattycake with the youngest of his hosts.

Great documentaries stand out not for the extraordinary images or the thrilling narratives they capture – though those elements are nonetheless mandatory – but rather for the human dimension they explore.

Body Hack is thrilling. And Todd Sampson, for his scars, bruises and inexplicable ability to find humanity and humour in the wake of both, is the equal of his peers, from the genteel but compelling Joanna Lumley, to the venerable and intellectual David Attenborough.