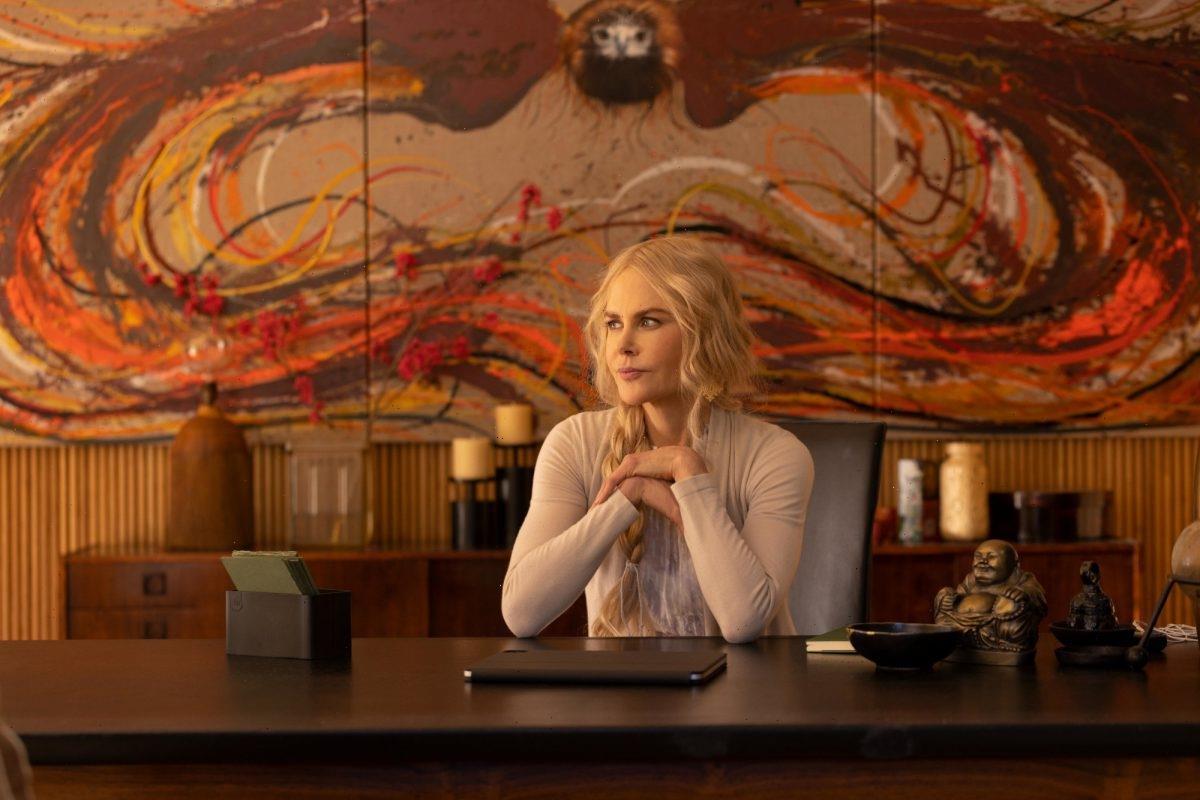 Hulu’s Nine Perfect Strangers joins the ranks of shows like The White Lotus and Big Little Lies in bringing fans an unpredictable ensemble cast whose secrets unfold alongside of the story. Based on Liane Moriarty’s best-selling novel of the same name, the show sees nine individuals embarking on a 10-day retreat to overcome various types of grief. Held at a resort called Tranquillum House, the retreat proves a more intense experience than they anticipated. And one mystery seems to loom over it all: what’s really going on at Tranquillum House?

Despite the place’s five-star reviews, something disturbing hangs over the resort and the woman who runs it. Masha (Nicole Kidman) seems less interested in ethics than results. Her methods seem designed to push visitors to breaking point, and the show suggests that she’s succeeded at doing so in the past.

As the guests prove just how far people will go to shake their grief, Nine Perfect Strangers sets up a story full of drama and suspense. The problem is, it doesn’t always take advantage of those things as much as it could.

The most compelling component of Hulu’s Nine Perfect Strangers is its cast, all of whom bring fascinating and flawed characters to life with ease. With the nine strangers alluded to in the show’s title — and all the staff members at Tranquillum House — the number of characters viewers follow is admittedly large. However, the writing never shifts its focus too heavily on one single person. On top of that, the actors step into their roles with such ease, you’ll rarely find yourself distracted by other storylines when they’re on-screen.

Kidman’s Masha is perhaps the most delightful to watch, if only because of how strange she is. Masha remains a mystery for most of the series, and it’s never completely clear what her intentions are. She has a cult-leader quality to her that makes it difficult to look away.

Equally as compelling are Melissa McCarthy’s romance novelist, Frances Welty, and Bobby Cannavale’s retired athlete, Tony Cogburn. These two butt heads for the entirety of the series, but the chemistry between them is undeniable.

Other standouts include Regina Hall as Carmel and Tiffany Boone as Delilah. Hall’s character feels like she’s constantly on the precipice, ready to have a violent outburst at any moment. Viewers will find themselves on edge any time she’s on-screen, but Hall also portrays her in a way that demands empathy for what she’s been through.

Meanwhile, Delilah provides the voice of reason for much of the series, questioning Masha’s somewhat disturbing methods for healing. In fact, where Masha’s other followers feel like cult members steadfastly loyal to their leader, Delilah sets off alarm bells that, yes, something more sinister may be happening here.

The setup for Hulu’s ‘Nine Perfect Strangers’ is promising

As far as the plot goes, the setup for Nine Perfect Strangers will hook viewers immediately. From the moment the nine strangers in question arrive at Tranquillum House, it’s evident the retreat is a pot waiting to boil over. The personalities undergoing treatment, the tensions between the staff, and the cocktails of experimental drugs the visitors receive will make sure of that.

That’s not to mention the death threats Masha gets throughout the show, seemingly the result of another retreat gone wrong. Although viewers remain in the dark about what happened to bring a lawsuit — and someone seeking vengeance — upon Masha and her resort, it’s not difficult to guess. That raises questions about everything that could go awry this time around.

And Nine Perfect Strangers is full of moments that almost result in disaster. In fact, there’s a palpable discomfort throughout many of its scenes, and that’s one of the Hulu show’s accomplishments. It’s not easy keeping viewers on edge at all times, but the series manages it with ease. Unfortunately, the suspense rarely ever leads anywhere.

Despite its cast and premise, the Hulu series may leave viewers feeling dissatisfied

Although Nine Perfect Strangers has all the right ingredients for a thrilling time, the show often feels slowly paced and undable to deliver on all of the tensions it’s building. Only six of the eight episodes that comprise the series were provided to reviewers, but those six only see things boiling over slightly — and they’re often quickly defused.

The show raises more questions than it provides answers for, and it’s constantly suggesting something huge is about to happen. However, it takes a long time to deliver on those promises — and that’s assuming the final two episodes will deliver at all.

Nine Perfect Strangers is one of those stories that leaves viewers waiting and waiting for the other shoe to drop without ever letting it happen. One couldn’t be blamed for losing interest halfway through, especially since it’s not entirely clear what the main conflict of the show is. Yes, grief plays a huge role in all of the characters’ troubles, but does the series want us focused on that? Or should we look at Masha’s questionable healing methods and previous failures instead?

It’s possible the Hulu series will answer those questions and more during its final two episodes. For that reason, it’s hard to say Nine Perfect Strangers doesn’t deliver at all. However, six episodes in, one can’t help but wonder if the series could have done more to satisfy those watching — and given them more incentive to keep tuning in.