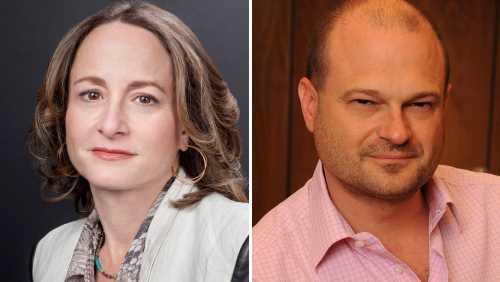 Nina Jacobson and Brad Simpson, Emmy-nominated executive producers of FX’s series American Crime Story, Pose and the upcoming Y, are extending their partnership with FX Productions. The duo have signed a new four-year overall deal through their company Color Force to continue to develop content for FX.

“Our creative collaboration with Nina and Brad has been rewarding, not just in the rich and growing catalogue of event and signature series they’ve helped produce for FX, but on a personal level as great friends and colleagues,” said John Landgraf, Chairman of FX Networks and FX Productions. “They have a natural instinct for captivating stories and the skill to bring them to life on screen. We are honored to continue our partnership for another four years.”

Under their existing partnership with FX, Jacobson and Simpson serve as executive producers of the critically praised, award-winning limited series franchise, American Crime Story. The next installment, Impeachment, begins production in 2020. Jacobson and Simpson also serve as executive producers on the groundbreaking drama series Pose, for which they are nominated for the Emmy Award for Outstanding Drama Series. In all, season one of Pose is nominated for seven Emmy Awards and was recently renewed for a third season. Jacobson and Simpson are also currently in pre-production on the anticipated drama series Y.

The third installment, Impeachment: American Crime Story unravels the Bill Clinton-Monica Lewinsky scandal that led to the country’s first impeachment proceedings in over a century. It stars Emmy- and Golden Globe Award-winner Sarah Paulson as Linda Tripp, Beanie Feldstein as Monica Lewinsky, and Annaleigh Ashford as Paula Jones, and begins production in February.

The first season of Pose was named an AFI TV Program of the Year, and it won a Peabody Award, a Television Academy Honors Award, a GLAAD Award, two Golden Globe nominations, seven Emmy Award nominations and a Writers Guild of America nomination.

“Seven years ago we sat in a room with John Landgraf and his team and decided to make our television home at FX,” said Jacobson and Simpson. “We had no idea we were about to enter a time of great upheaval in the television landscape. During this time, FX’s commitment to quality and creative freedom has remained a constant. They understand and appreciate the value of non-writing producers. The trust and respect we share is something we have never taken for granted. We are thrilled to keep creating with them.”

Jacobson and Simpson are represented by CAA and Julian Zajfen of Ziffren Brittenham LLP.