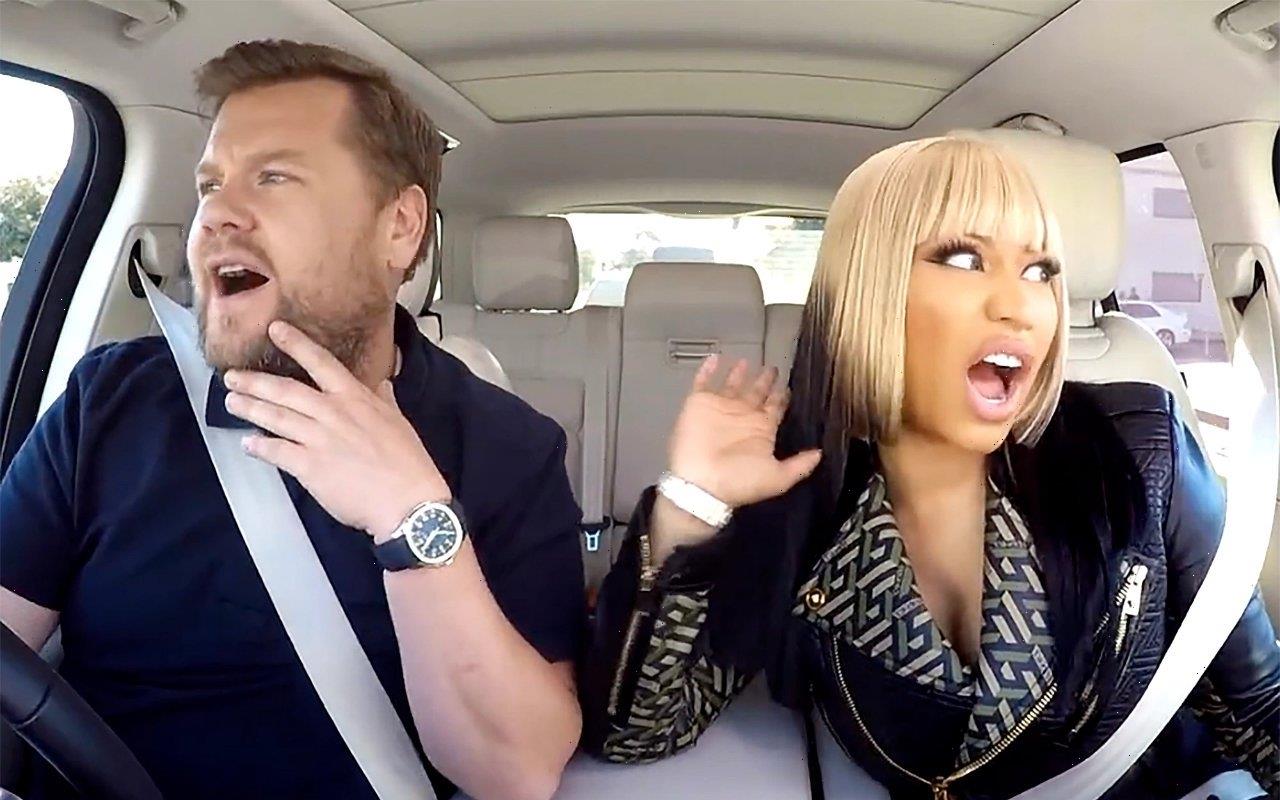 After a 2-year hiatus due to COVID-19, the ‘Late Late Show with James Corden’ popular segment has now returned with the ‘Chun-Li’ hitmaker being the first passenger.

AceShowbiz –James Corden‘s fan-favorite segment “Carpool Karaoke” is back on “The Late Late Show with James Corden“. After a 2-year hiatus due to COVID-19, the segment has now returned with Nicki Minaj being the first passenger.

Nicki and the host kicked off the segment, which aired on Wednesday, April 6, right away by singing to the femcee’s hit single “Anaconda”. Nicki spoke in a rough approximation of a broad London accent half the segment, prompting James to say, “You know you just sound like Adele.”

In response, the “Starships” hitmaker hilariously offered her best impersonation of the “Easy on Me” singer courtside at a basketball game. She also addressed Adele’s Nicki impression during the British singer’s own appearance in 2016. “I just loved it, she made me so so happy,” Nicki raved. “She embodied Nicki Minaj!”

Later in the segment, Nicki also tried to help James deal with his “opps” (enemies). At one point, the Trinidadian star even showed off her skills of playing a clarinet in tribute to her humble musical beginnings.

“The entire afternoon that we spent together, I was so happy to be in her orbit and her company, and I really, really loved being with her,” James said during a press conference Wednesday to promote the night’s segment. “It was so joyous.”

He added, “I felt over the past year – very, very slowly, in one sense or another – like we started to get our show back. But this was, this is obviously a big part of our show – this segment.”

“The entire pandemic … there [were] so many things that we couldn’t do, and I think that’s true of every show. But for us, our show is very much about getting out there, whether that’s running out into the street and doing musicals in a crosswalk or big taped bits or having all the guests together on a couch at the same time,” he continued.