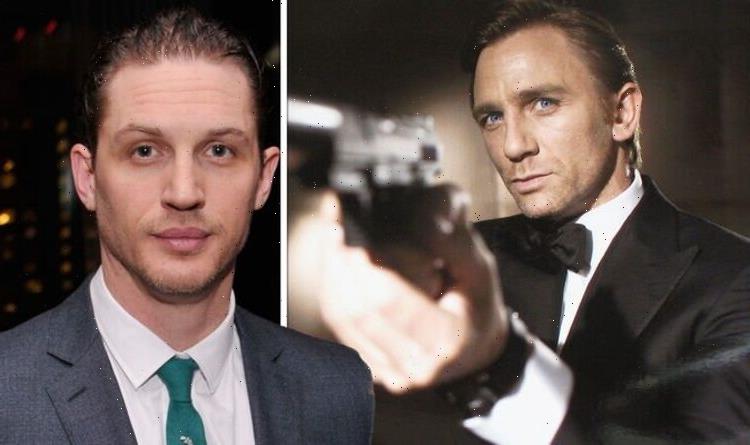 Over the past few months, Tom Hardy has been slowly slipping behind in the Bond odds. Daniel Craig’s exit from the James Bond franchise has left fans wondering who would be the best actor to take over after No Time To Die – and Hardy has often been the most popular choice with fans. But not with the bookies.

However, his failing chances are beginning to turn after his return to the small screen.

Hardy is still sitting firmly with a third-place spot in the ever-changing Bond odds from Ladbrokes. He currently has a 6/1 on becoming the next international spy, making him neck-and-neck with Henry Cavill.

But this week he has become extremely popular with punters, according to Ladbrokes’ Alex Apati.

The bookies’ agent revealed that 46 percent of all Bond bets have been on Hardy alone.

This is likely due to the return of Peaky Blinders, where Hardy plays Alfie Solomons.

Alex Apati said: “It’s no coincidence that the return of Peaky Blinders has resulted in a spike in punters backing Tom Hardy to don the famous Bond tuxedo next – and having once headed the betting by some distance, he remains one of the most popular picks in the book in terms of bets placed up to this point.”

With so many bets placed on Hardy at the moment, the chances are his odds will quickly be slashed in the coming weeks.

Does this mean Bond fans think he has what it takes to become the next 007? Even if they do, he still has a long way to go to beat the current frontrunners.

Hardy is currently in third place. In second place is Aidan Turner of Lord of the Rings fame (where he played the dwarf, Kili, in The Hobbit trilogy).

The Irish star currently has a 5/1 shot of becoming Bond in the near future. His odds were slashed drastically this past week in a shocking about-turn from the bookies.

But, still at the top of the odds, is the nation’s favourite Duke: Regé-Jean Page.

Page hit mainstream fame when Bridgerton hit Netflix (season two is out now, by the way!).

Since then, he has become one of the best choices to become Bond after Craig. And currently, he is the favourite at Ladbrokes with an incredible 5/2. However, he isn’t out of the woods just yet. He has a lot of competition from other Netflix stars.

Cavill has 6/1, but he has already made it to the audition phase of the Bond role once before. He went up against Craig in 2005 for the reboot movie Casino Royale.

Unfortunately, the Superman star was turned down for being “too fat”.

With something to prove, he might just make it to the finish line this time around.

James Bond No Time To Die is out now on Digital, DVD and Blu-ray.