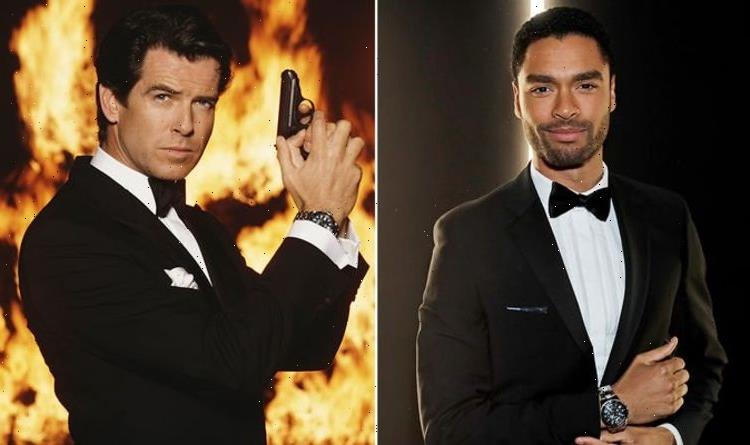 As Daniel Craig gets ready to bow out as James Bond in No Time To Die later this month, speculation continues to be rife over who will be the next 007. The current bookies’ favourite is Regé-Jean Page, the rising star of Bridgerton who is taking Hollywood by storm. And now he’s been backed to take up the Licence to Kill next by former Bond Pierce Brosnan.

Brosnan, the star of four Bond movies in GoldenEye, Tomorrow Never Dies, The World Is Not Enough and Die Another Day was asked his opinion of Page playing 007 after Craig.

Speaking with ET Online while promoting his new movie Cinderella, the 68-year-old said: “Good luck, good luck. I think he would be wonderful.”

Addressing the next Bond speculation surrounding himself, Page told GQ recently: “Well, of all the things you’ll read about yourself on the internet, it’s one of the more pleasant and more flattering. But I take it and leave it at that, personally.”

According to Ladbrokes, he is the favourite in the latest odds on 6-4. While just behind the 31-year-old is Tom Hardy on 3-1, James Norton on 4-1 and Idris Elba, Luke Evans and Richard Madden on 8-1.

In fact, Brosnan has also shown support for Tom Hardy and Idris Elba to be the next Bond too.

Speaking with People in the summer, the GoldenEye star said: “Idris Elba comes to mind. Idris is such a powerful presence and such a great former voice tensity. He would be magnificent.

“There’s Tom Hardy out there as well. Tom can really chew the furniture up, just be a ball boy – both men can.”

But whoever is the next Bond should be in for a wild ride, as Brosnan believes Craig’s legacy has only benefitted the franchise.

Brosnan added: “You have to get over that and celebrate it as a member of the audience and as a man who has kind of walked that walk and played that part. Bond will live on here.”

To date, six actors have officially played James Bond. Sean Connery kicked off the 007 film franchise in 1962 with Dr No, playing Ian Fleming’s spy in five movies up to You Only Live Twice.

When he turned down a return, the Scottish star was replaced by Australian model George Lazenby for 1969’s On Her Majesty’s Secret Service.

After the 29-year-old turned down a contract for more movies, the original 007 was offered a whopping salary to star in 1971’s Diamonds Are Forever which he accepted.

While in 1983 Connery played 007 for a seventh outing in the unofficial Thunderball remake Never Say Never Again.

Next up was Timothy Dalton with 1987’s The Living Daylights and 1989’s Licence To Kill, before a six-year post-Cold War gap in the series.

He was followed by Brosnan in his four movies before the franchise was rebooted with Craig in 2006’s Casino Royale. The incumbent 007 is now set to star in his fifth and final Bond movie No Time To Die, which hits UK cinemas on September 30, 2021.