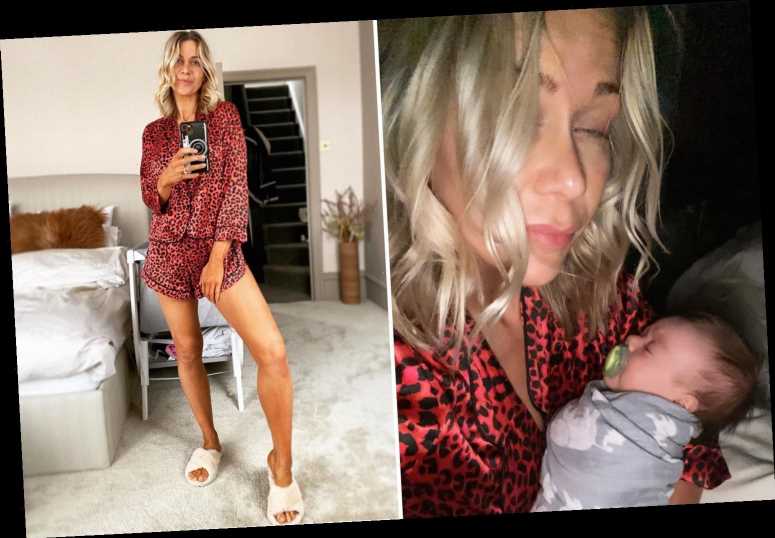 The Virgin Radio DJ, 40, welcomed adorable daughter Noa in February, after suffering a "complication" with her labour. 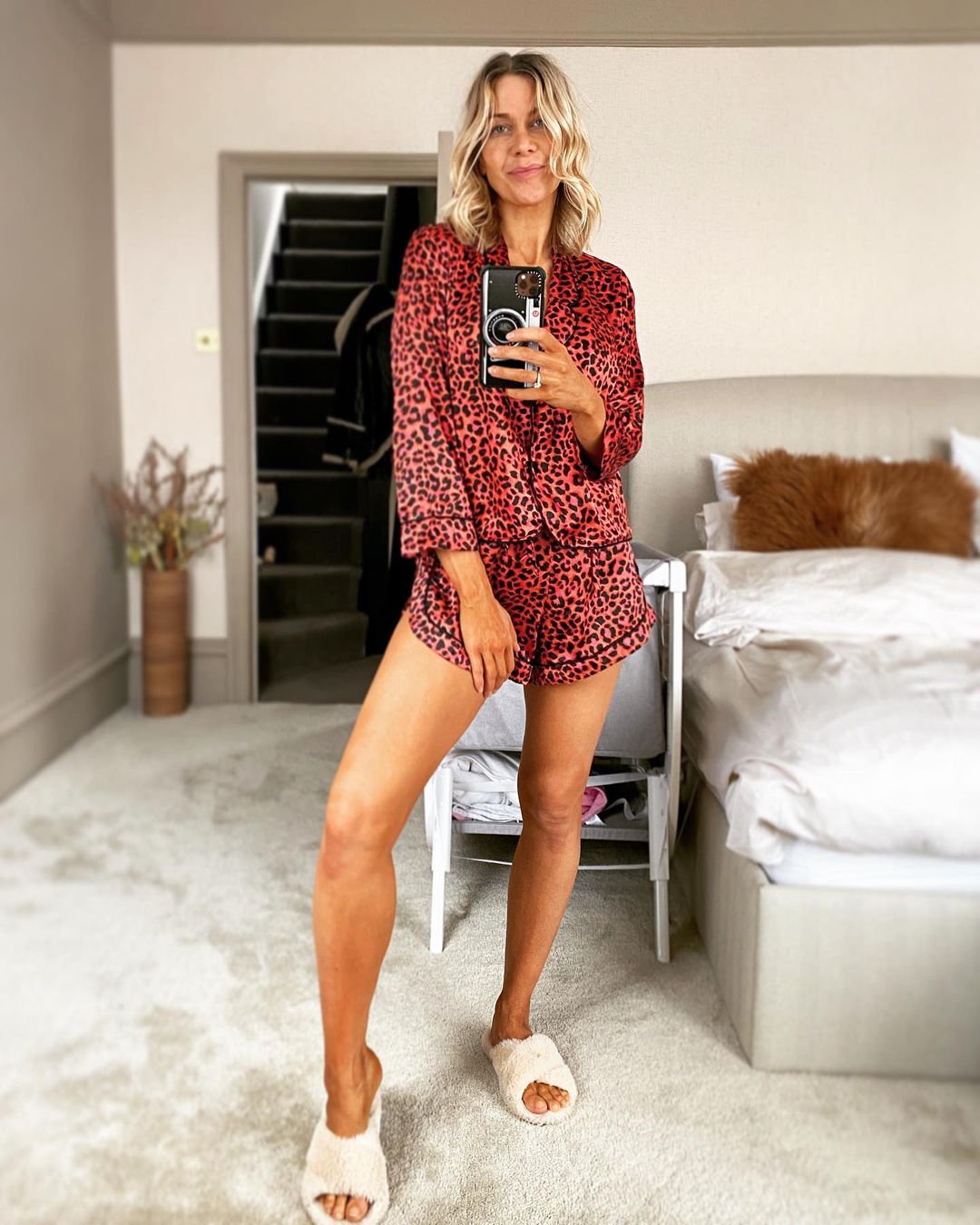 Former Big Brother star Kate has been candid in filling fans in on her post-natal journey so far, with her most recent upload an insight onto her morning routine with the tot.

She uploaded a bleary-eyed shot showing her in some striking leopard-print pajamas complete with fluffy cream slippers.

Going make-up free, she took her selfie in front of Noa's cot, positioned right next to her bed, before taking to her stories to cuddle her daughter.

Kate admitted it had been a hectic start to the day as she was up with night feeds, and wrote in the caption: "Only just finding time to make breakfast while Noa has her first nap of the day. 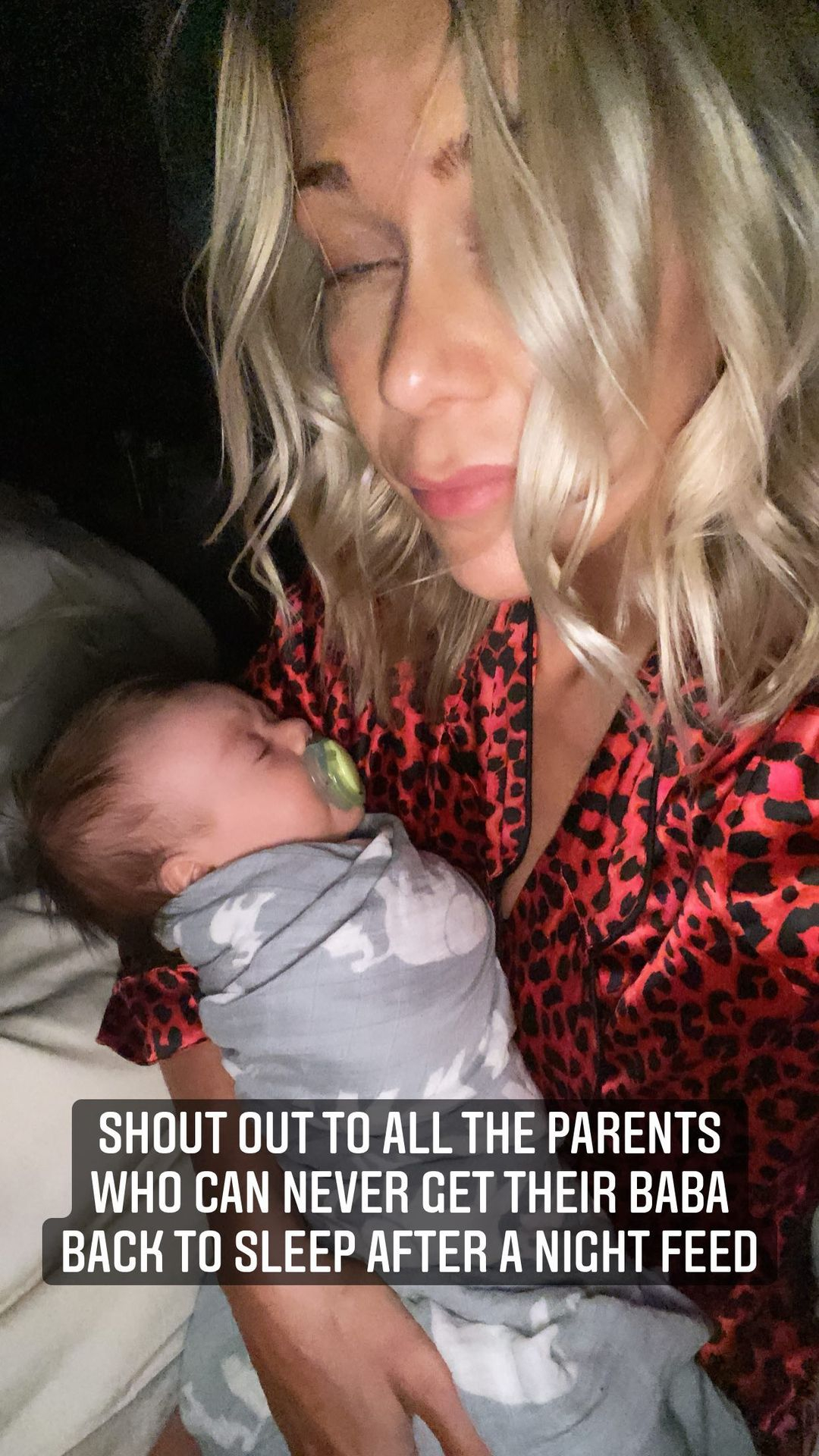 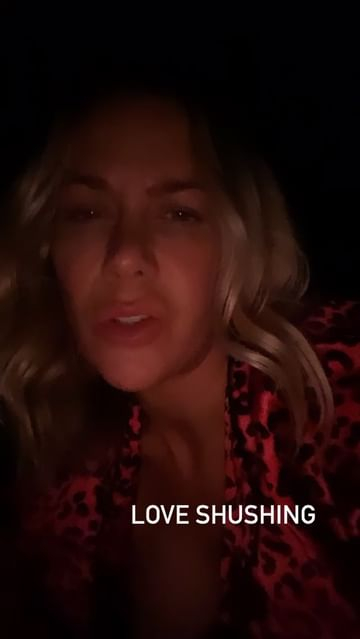 "Still not brushed my teeth or showered but I’m feeling cute in these silky @dancing_leopard pyjamas my best girlfriends gave to me during a surprise baby shower over zoom a couple of months ago.

"They didn’t fit when I had my bump but they do now so I’m planning on staying in them all day to celebrate.

"Sending love to all new parents who need it today. I hope you all have a family member, a friend or someone helping look after you and your newborn if you need it.

"Sleep deprivation is torture but it’s not forever, it will get better, there is always light at the end of every tunnel and the very fact that you worry about being a good parent means you already are one. ❤️ xx" 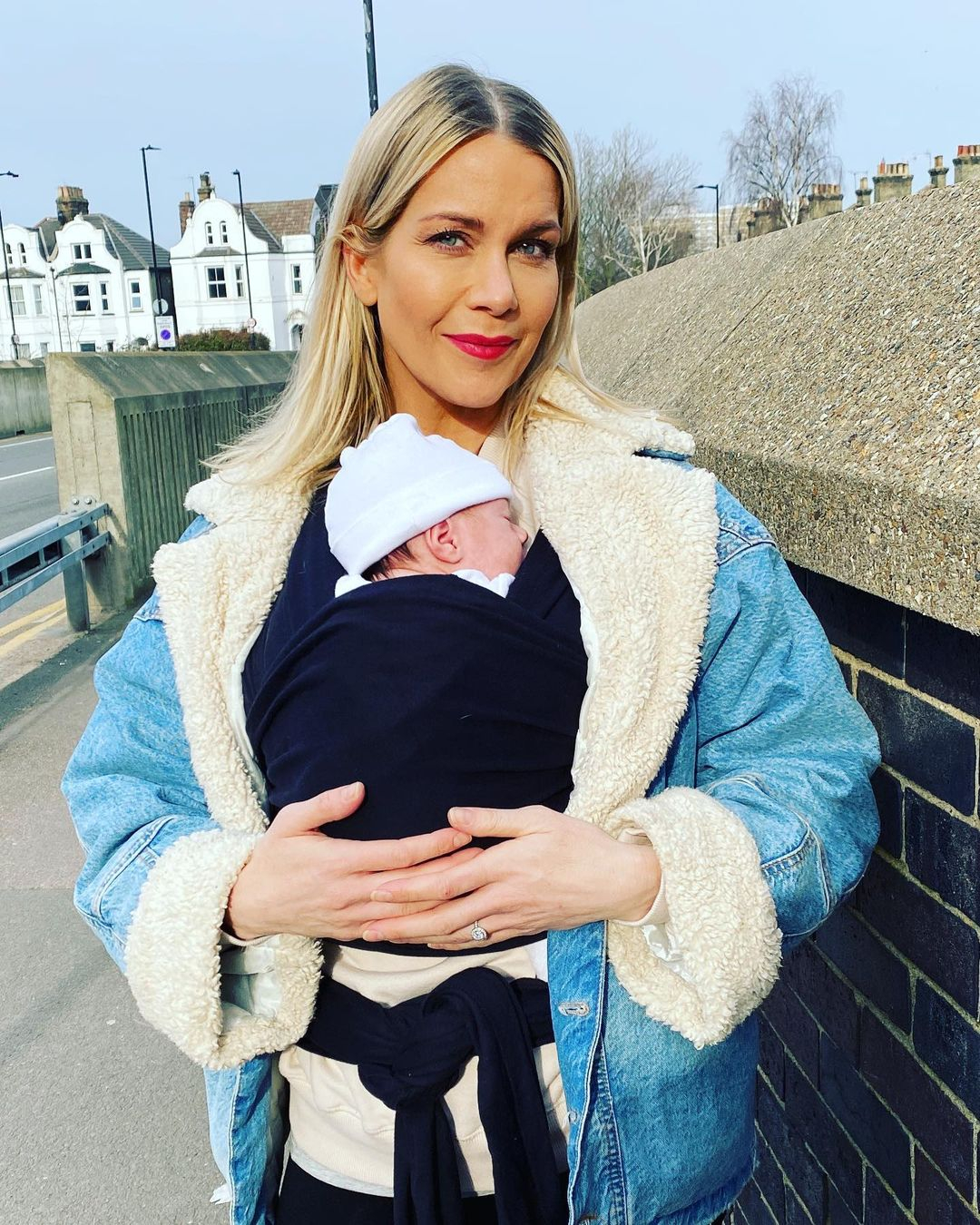 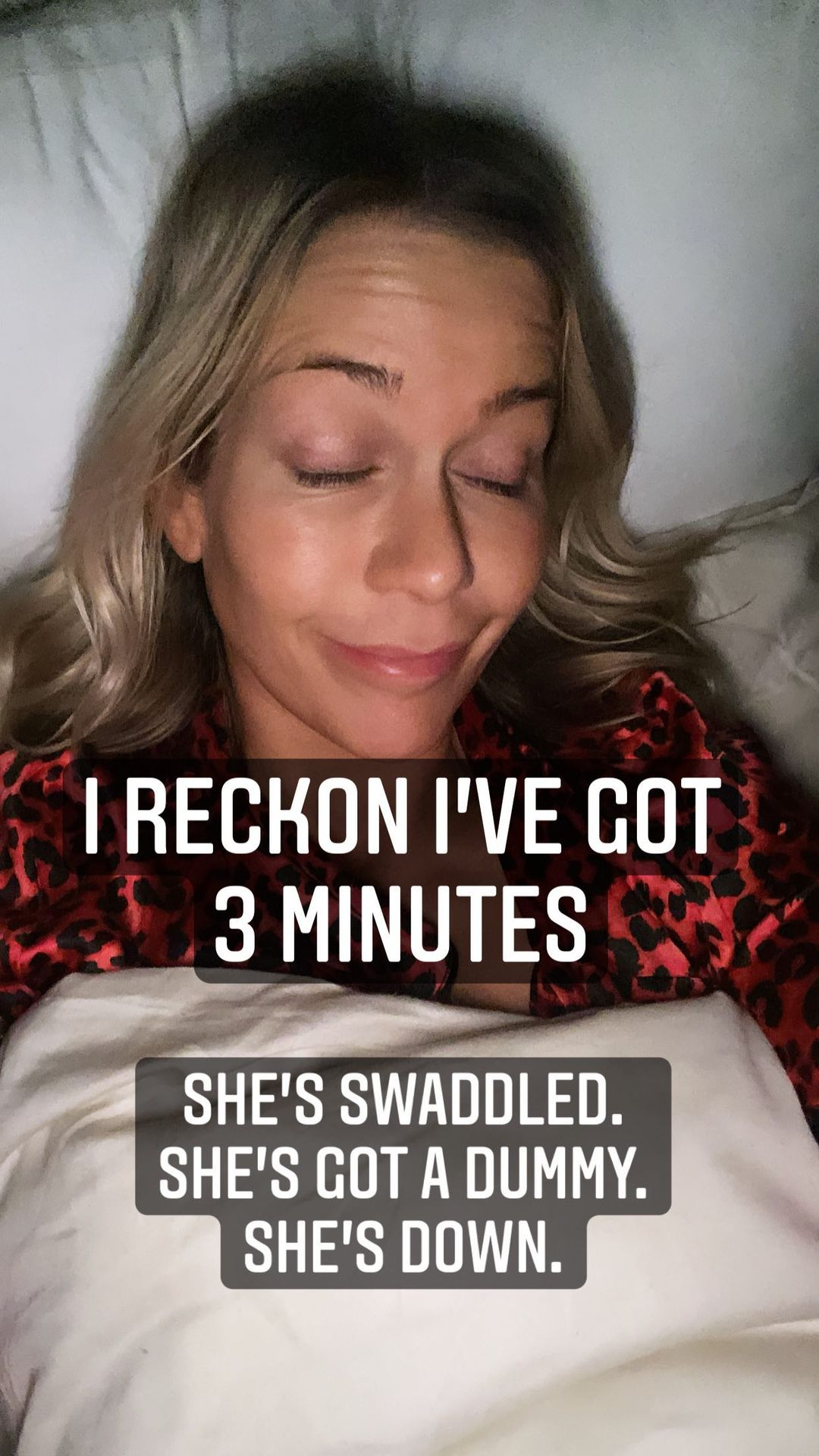 The media personality recently admitted to "missing her family and friends" after a sleepless night spent up with her baby.

This came shortly before she was trolled by cruel mummy shamers who slammed her decision to cover up Noa's buggy with a blanket.

Meanwhile, Kate and fiance Martin this weekend revealed their first family snap together with Noa and their two dogs.

Kate opened up about feeling so "exhausted" that she broke down in tears on the final day of filming MTV's Celebrity Bumps. 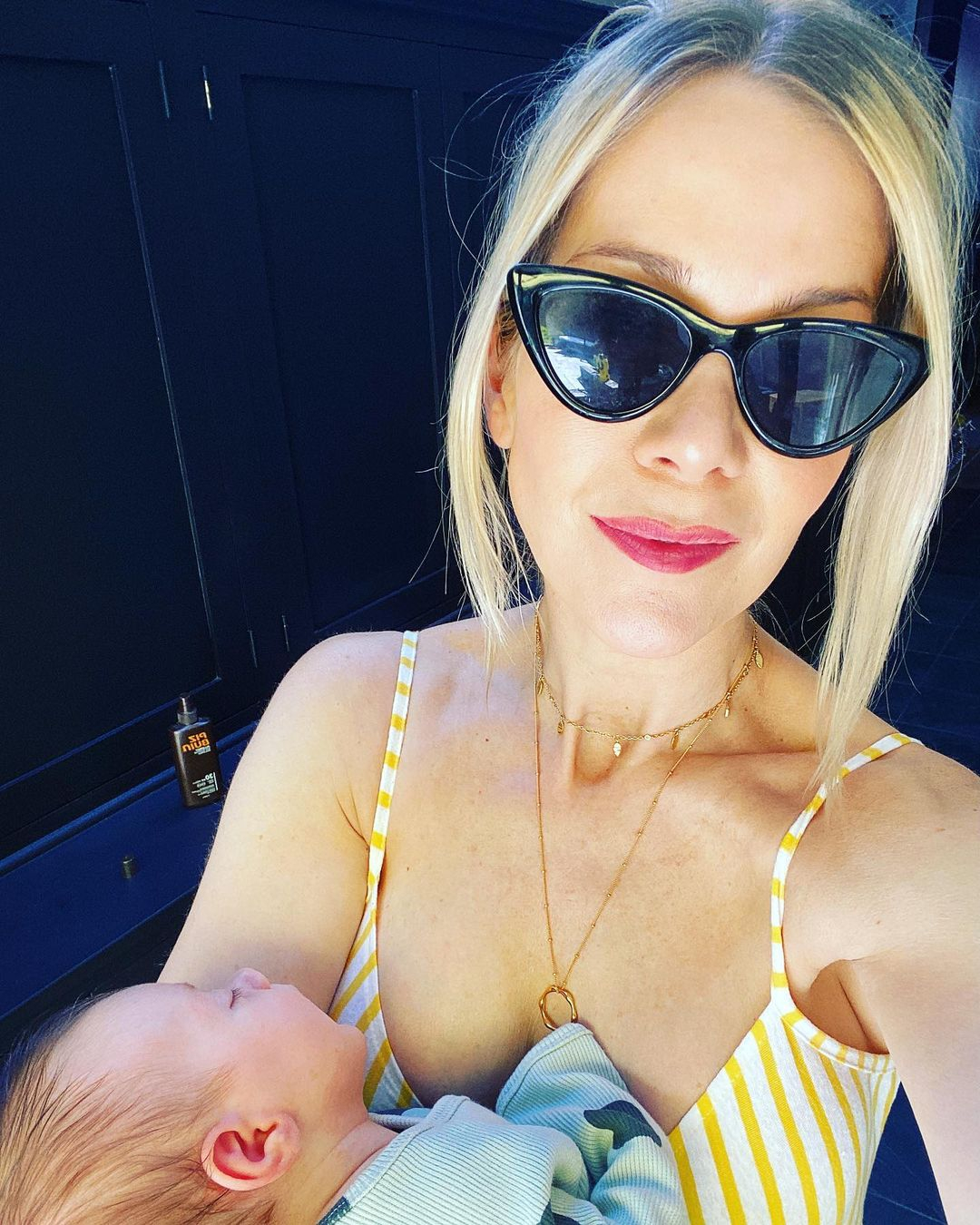 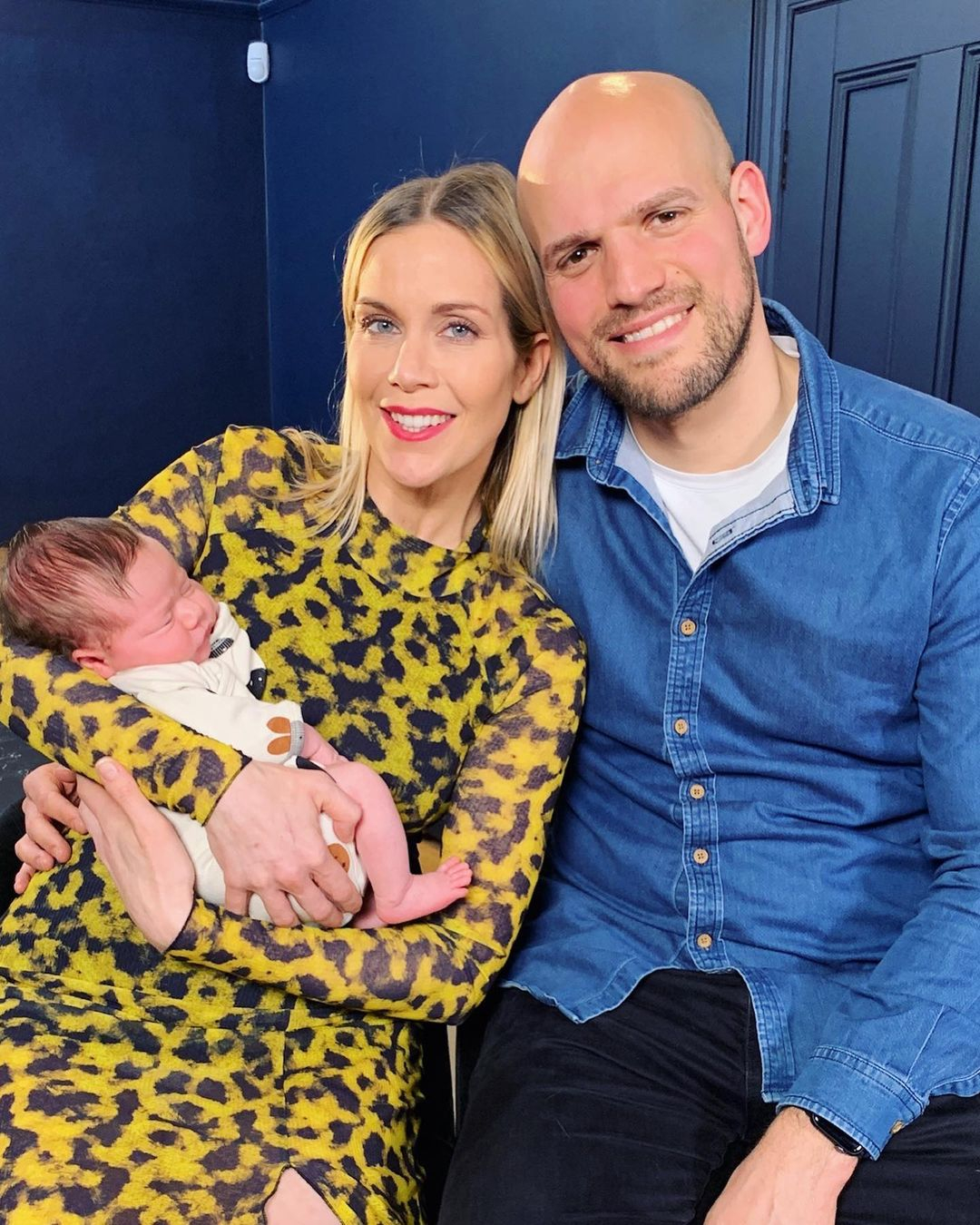 The family photos show Kate proudly holding her newborn baby as she grinned from ear to ear.

The doting parents were beaming as they starred affectionately at their baby daughter – who is now seven weeks old.

The couple's adorable pooches Baxter and Shirley also made an appearance sitting on Martin's lap posing for their pics. 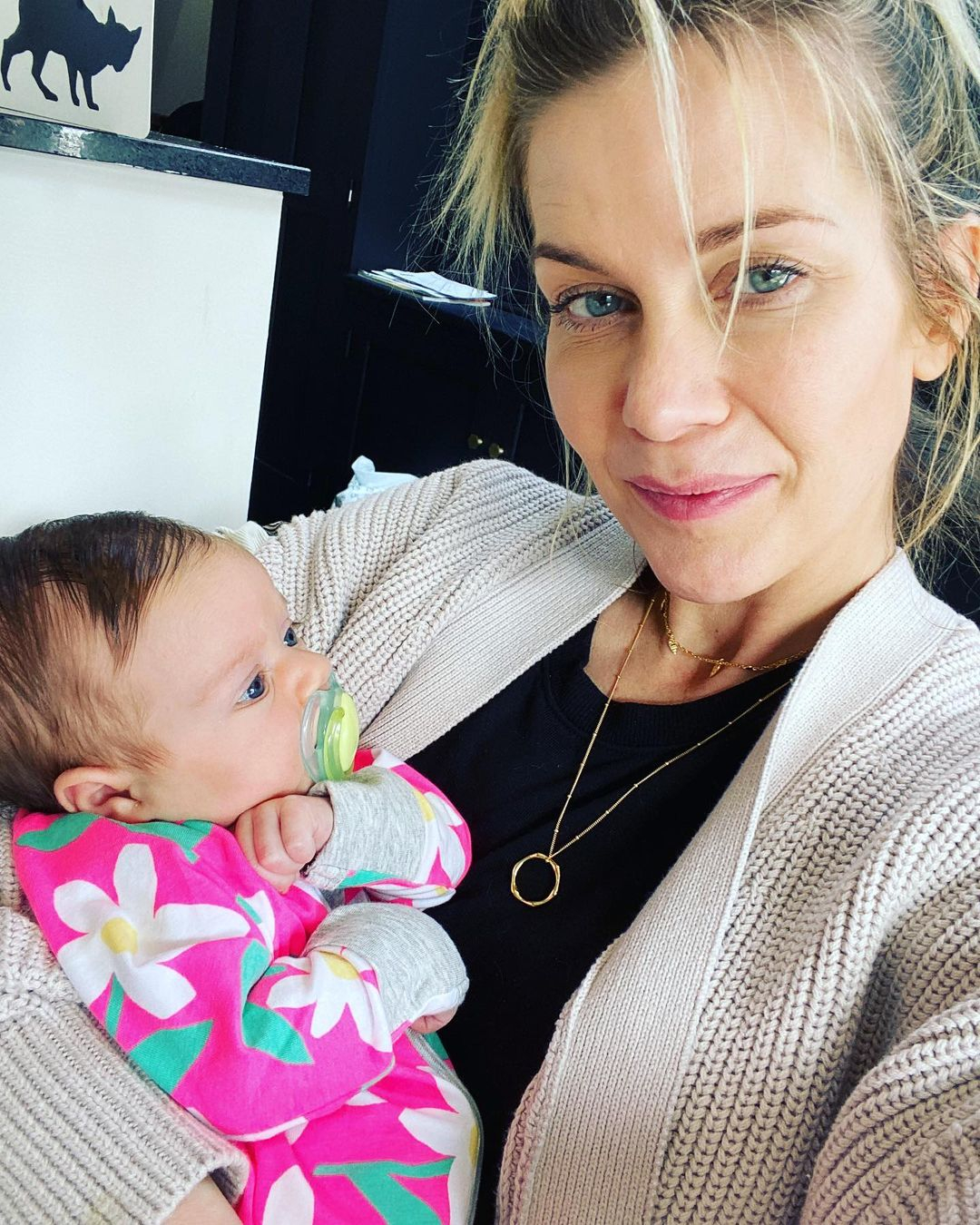 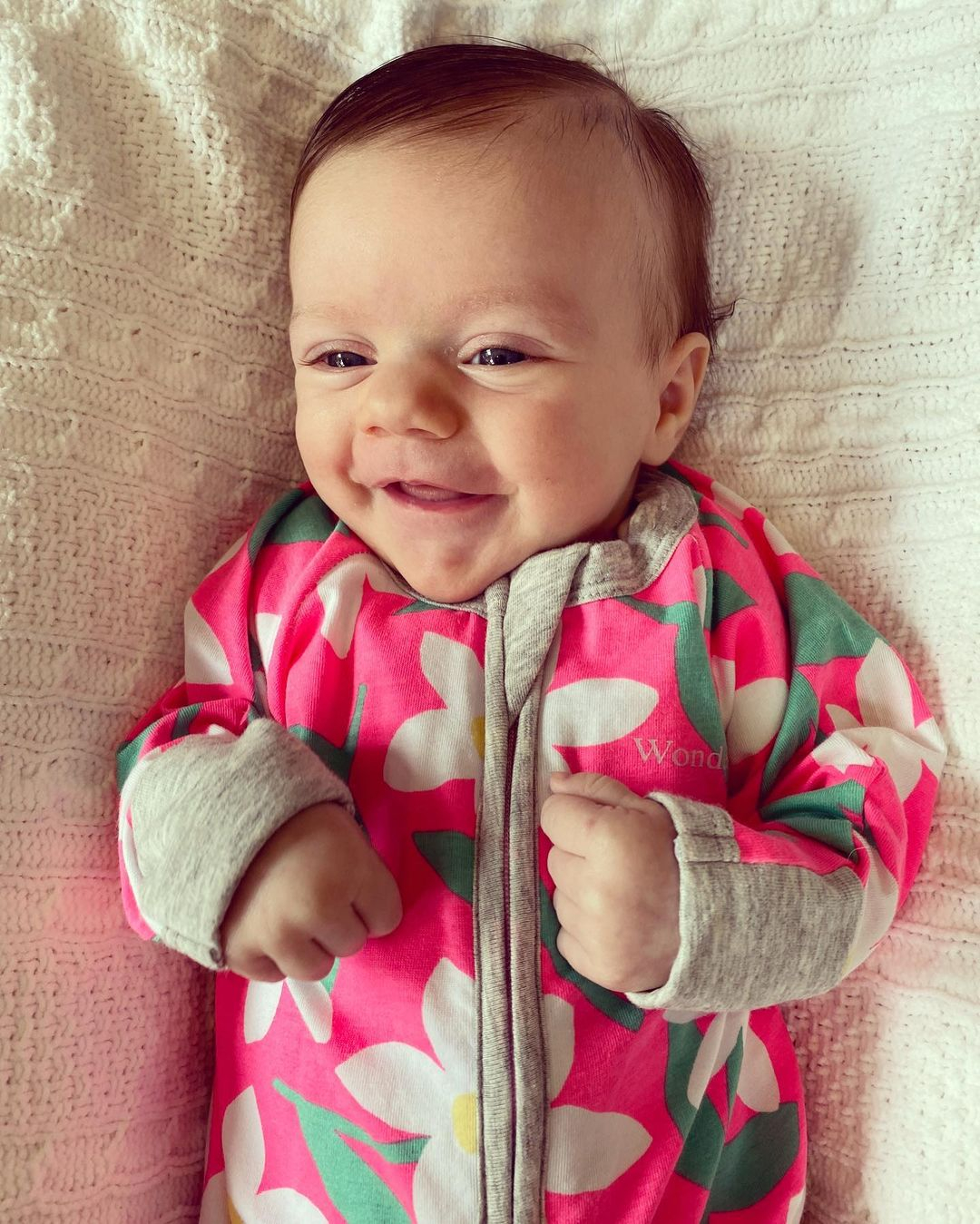 The new mum shared the sweet snaps on Instagram, writing: "Our first family photo together. ❤️

"These pics were taken on the final day of filming for MTV’s Celebrity Bumps a few weeks ago and as you can see from the photos, the crew were shooting from the waist up, hence our delightful slippers on show 😂.

"This was so much fun to be part of but the three days we filmed after the birth were tough.

KATE Lawler has spoken of her sleep deprivation in the first few months of motherhood, but what can parents of newborns do to ensure they get a better quality snooze?

Advice from the NCT – the leading charity for parents – advises they:

"We were late starting, I broke down in tears because I felt terrible keeping the crew waiting and I was exhausted but I kept it together on camera and the crew were so understanding and kind.

"We couldn’t have asked for a nicer bunch of peeps to work with.

"They also took some fab behind the scenes pics for us.”