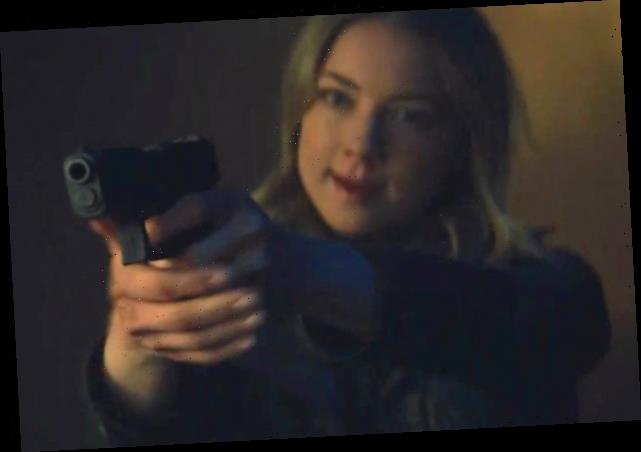 That other Agent Carter is on the scene in the new trailer for Disney+’s The Falcon and the Winter Soldier series.

Marking Disney+’s second live-action Marvel series to be released — on Friday, March 19, two months after WandaVision‘s debut — Falcon and the Winter Soldier stars MCU vets Anthony Mackie and Sebastian Stan as Sam Wilson and Bucky Barnes. In a story set after Avengers: Endgame, the six-episode “cinematic experience” finds the two Friends of Cap teaming up for “a global adventure that tests their abilities — and their patience.”

Watch the full, new trailer — an extended version of what aired during the Super Bowl — below:

In addition to Mackie, Stan and VanCamp (reprising her role as Sharon Carter aka Peggy’s niece), the  Falcon and Winter Soldier cast also includes MCU vet Daniel Brühl as Baron Zemo, Wyatt Russell (Lodge 49) as John Walker (who in comic book lore adopts the alter egos of U.S. Agent or Super-Patriot), Noah Mills (The Enemy Within, The Brave) and Carl Lumbly (Supergirl, Alias).

Want scoop on Falcon and Winter Soldier, or for any other show? Email [email protected] and your question may be answered via Matt’s Inside Line.