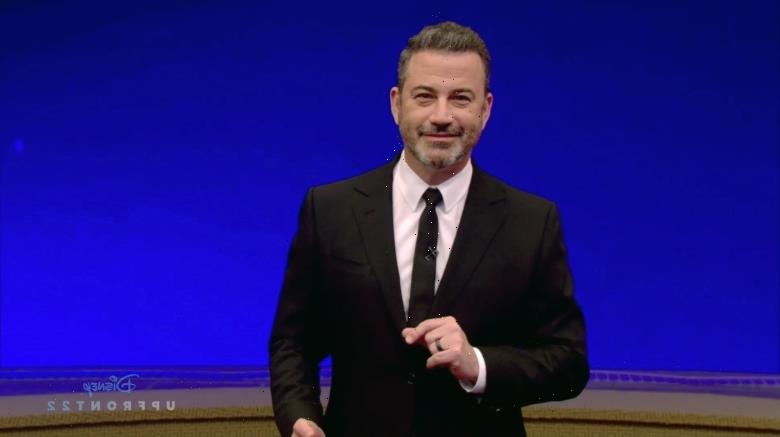 This week’s upfronts came as Netflix on Tuesday laid off about 150 employees from its 11,000-strong workforce in the face of slowing revenue growth and after a Q1 earnings call in which it missed analyst projections by $60 million and saw a net loss of 200,000 subscribers.

Wacka-wacka! Not exactly the stuff of high comedy, but the relief of seeing the invincible Netflix looking very vincible indeed became a pressure valve for comedians and executives alike to use the upfronts as an opportunity to vent their spleens.

“Every year I say fuck Netflix, and this year it came true,” Jimmy Kimmel joked via Zoom during the Disney upfront. “Netflix lost subscribers for the first time ever. Things are really tough over there, they had layoffs today, I hear they might not even be able to get Emily back from Paris.”

“Now they’re coming for our money, our ad money, which is technically your money, but you know what I mean,” he continued. “It sucks, although I have to admit after those smug bastards choked the life out of us for years, it feels really good to see them stoop to selling advertising. I’m gonna call you scumbags, take you for drinks, kiss your ass. Oh, everybody loves ‘Bridgerton’ right? How much you think they’ll love it when its interrupted by a Nurtec commercial every four minutes you zillion-dollar dicks.”

The bad news is expected to continue this quarter, with the company expecting a loss of 2 million subscribers between April and June and speeding its timeline to introduce a cheaper, ad-supported subscription tier.

Top TV executives also took their shots, even if they wouldn’t mention Netflix by name. “This is truly the biggest turning point in our entire industry,” Linda Yaccarino, NBCUniversal’s global advertising and partnerships chairman, said Monday morning at Radio City Music Hall. “In the last couple of years, on top of everything else you’ve had going on, you’ve also had to rethink all of your advertising. Some of those companies just haven’t been able to keep up with your needs. At those companies, advertising, it might actually seem like an afterthought. Or even worst, just a new idea to turn on a new revenue stream. But not here — at NBCUniversal, advertising sales has always been an asset for our company.”

Comcast revealed in April that Peacock has 28 million monthly active accounts and 13 million paid subscribers. Netflix has 220 million. Yaccarino still has a ton of streaming ground to make up, but she also has all the NBCUniversal linear platforms at her disposal and existing, operational AVOD tiers on Peacock.

The company Kimmel represents, Disney, poses the clearest streaming threat to Netflix. As of early April, Disney+ boasted about 138 million subscribers, with a stated goal of 230 million to 260 million by the end of 2024. A cheaper, ad-supported option coming later this year could help make that a reality. Disney also has Hulu, which it should own outright by then.

Even Fox, whose free ad-supported streamer Tubi recently reported having 51 million monthly active users, got in on the action.

“Now Netflix and Disney are coming,” Fox Entertainment CEO Charlie Collier said during a prerecorded presentation Monday afternoon. “What that means is that they can’t afford to build their paywall without your money.”

Fox Sports CEO Eric Shanks offered a final blow. “We know that, without you, we would just be Netflix,” he said.

Ouch. Of course, a year from now the media buyers who advertise on Fox will also buy time on an ad-supported Netflix. But for now… oh, what a difference a quarter makes.