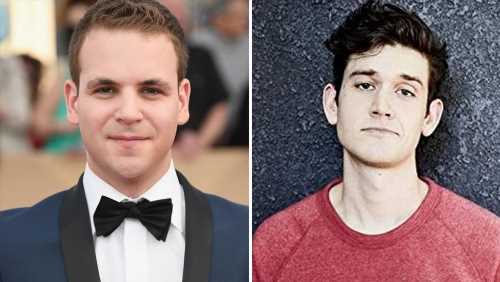 Written by Greg Schaffer, Brews Brothers follows two estranged brothers, Wilhelm and Adam Rodman, played by Aisenberg and Castle, respectively, who find themselves running a brewery together. Each one is a beer genius… a braumeister, but they couldn’t be more different in their beer-making techniques and personalities. A lot of times in a show you see two people who complete each other. These two don’t even make a full person. Carmen Flood and Marques Ray round out the cast as Sarah and Chuy, respectively.

Jeff Schaffer created The League and served as executive producer on Curb Your Enthusiasm.

Aisenberg recurred as Baxter “Gerber” Bailey on Orange Is the New Black and recently guest-starred on Bull and Blue Bloods.

Castle has guest-starred on LA To Vegas, American Dad and Grace and Frankie. He’s known for Action No. 1, Bad Advice from my Brother and Clipped.