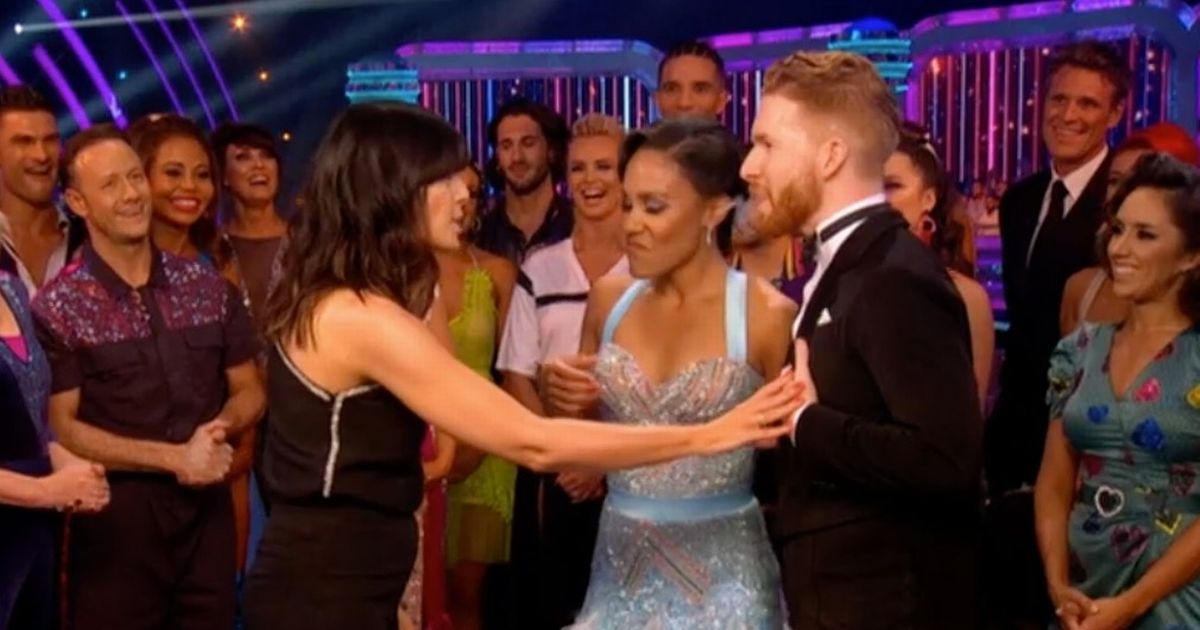 Neil Jones made his Strictly Come Dancing debut with a professional partner tonight – and made a few awkward digs at the show bosses.

After four years out in the wilderness, Neil has finally been brought into the fold and is coupled up with former Arsenal footballer Alex Scott.

Neil and Alex opened the show with a stunning Quickstep to I Get A Kick Out of You by Frank Sinatra.

During their opening video montage, Neil made a very blunt reference to not having a partner in previous series he was part of.

He said: "I’ve been waiting four years to get a partner on Strictly. It's a real long time. But I’ve got one. Yes!"

The pair received a score of 21 from the judges, who all gave them 5 apart from Bruno Tonioli who came in with a 6.

Speaking to host Claudia Winkleman, Alex admitted: "I was a little bit nervous. This one teaching me the Quickstep."

Claudia then addressed the fact that Neil had been waiting four years to get a partner.

Making a clever football reference, he replied: "It was worth the wait. I'm finally off the subs bench."

Strictly Come Dancing viewers took to Twitter after Neil made his debut with a partner.

One fan said: "So pleased that at long last Neil Jones has a partner he so deserves to be part of the show properly especially after last year's drama with his now soon to be ex wife"

"Loving #Strictly so glad Neil has a dance this year," added another.

A third said: "A bit in love with Neil and Alex."