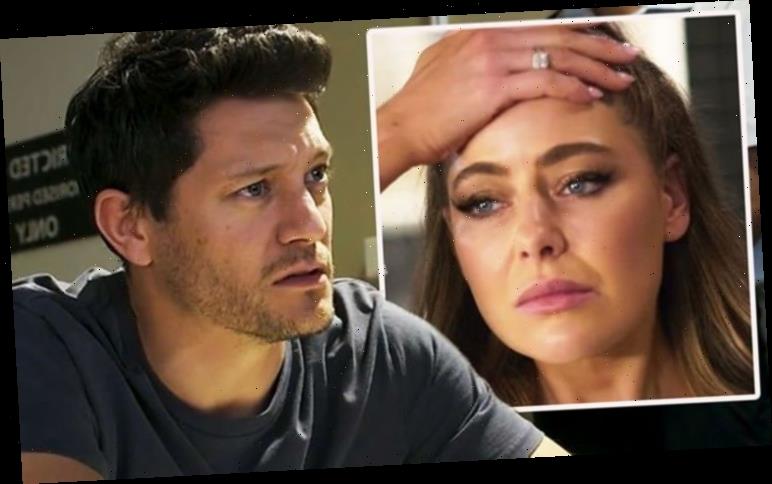 Neighbours: Pierce and Dipi are confronted over their affair

Neighbours have provided viewers of the Channel 5 soap with some explosive storylines over the past 36 years and as the year 2021 continues to unfold, so does the drama on Ramsay Street. This Spring, there are going to be multiple former residents returning to Erinsborough, divides between families and the possible death of one beloved character. However, with so much action packed into just a few short months, it’s likely upcoming episodes will change the face of the weekday serial drama forever.

Having divorced her husband Pierce Greyson (Don Hany) and once again an independent woman, Chloe (played by April Rose Pengilly) will be reunited with her mother, Fay Brennan (Zoe Bertram).

Following a visit to Adelaide, Chloe will refuse to accept her mother wants to complete a bucket list as the symptoms of her Huntington’s Disease diagnosis get worse.

Not long after the trip, Fay will return to Ramsay Street to spend time with her daughter and son, Aaron Brennan (Matt Wilson).

However, she’ll upset the apple cart as she tells Chloe she wants Nicolette Stone (Charlotte Chimes) to look after her; a character that Pierce’s ex-wife is currently in a feud with.

As the mother and daughter continue to dispute about the bucket list, Fay’s health will decline rapidly and her children struggle to control their emotions.

With the Brennan family at loggerheads, will the death of the clan’s matriarch bring them back together? 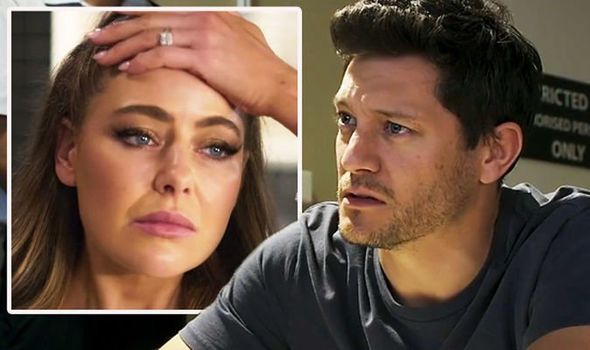 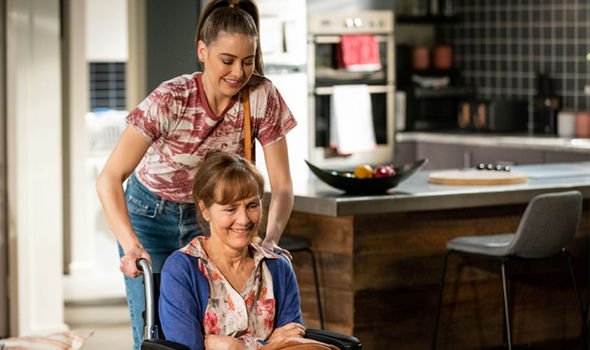 Elsewhere in Erinsborough, villainous Finn (Rob Mills) will make a sinister comeback as Susan Kennedy (Jackie Woodburne) is forced to confront her demons.

Although the killer is dead, it will be former resident Olivia Bell (Alyce Platt) who brings him back from beyond the grave as she wants to write a book from his victim’s perspective.

Susan will be torn over whether to revisit some of the most painful memories from her past and her husband Karl Kennedy (Alan Fletcher) won’t be too keen on the idea, either.

Trying to stop his wife from making a mistake, Karl causes an incident that could tear the beloved couple apart forever.

Speaking of revitalising his alter-ego for a brief cameo, the actor who played Finn, Rob, told The Herald Sun: “I love that my character has never really left and it has haunted people.” 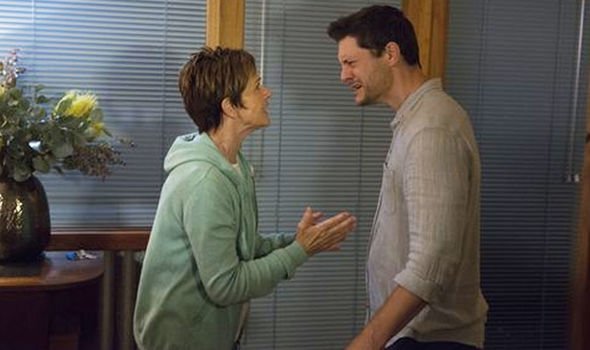 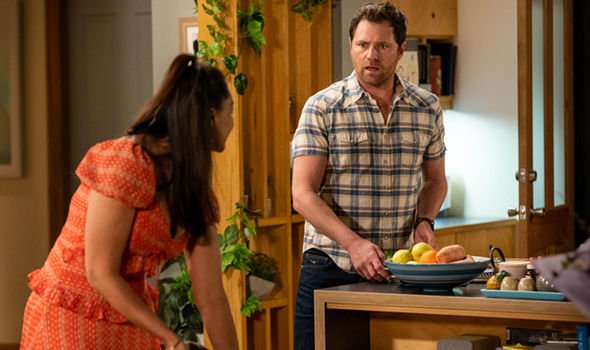 I love my character has never really left

It seems the Rebecchi clan have some big decisions to make, too, when Dipi tells her estranged husband Shane Rebecchi (Nicholas Coghlan ) she wants him back.

At the moment, he is enjoying getting to know Amy Greenwood (Jacinta Stapleton) but an accident at the tram forces him to rethink ending his marriage.

Viewers will have to wait and see if the beloved pair can finally give their relationship another chance or if Dipi’s affair with Pierce is something her spouse will never be able to forgive.

Shane isn’t the only one having romance dilemmas as his brother Toadie Rebecchi (Ryan Maloney) is about to develop a spark with Melanie Pearson (Lucinda Cowden).

After matching on a dating app recently, it seemed Toadie wasn’t too keen on finding happiness with Melanie but that’s all about to change.

When the hotshot lawyer recruits Melanie as his personal assistant, he is amazed by her hard work and takes her to dinner to thank her.

Unfortunately, some crossed wires mean both parties think they’re going on a date and the situation becomes more awkward when it seems they’re both developing feelings for one another.

After years of failing to find a partner, is this the time Toadie finally has his happily-ever-after?

Meanwhile, tensions will be high in the Canning household as Levi Canning (Richie Morris) will discover his cousin Kyle (Chris Milligan) was the reason why his girlfriend Be a Nilsson (Bonnie Anderson) was poisoned recently.

This will leave Kyle in tatters as he risks losing his business and his late father’s legacy, prompting a feud between him and Levi.

The actor who plays the hotshot police officer, Richie, explained: “Honestly, he’s in 100 minds as obviously he’s a cop and it needs to be done, but he doesn’t want to backstab his family.

“He has to protect the public’s health as well so its a bunch of things.

“Levi is very much black and white and struggles to see the grey. It’s an interesting family for him to be in,” the soap star told RadioTimes.com.

However, with both Kyle and Levi having lost so much in the past, will they really leave their own relationship on the line?

Viewers will have seen the pair return to Ramsay Street earlier this week but it seems their stint will be a bit more permanent this time around.

Brent takes the chance to enrol at Erinsborough High, which results in him forming a romance with Harlow Robinson (Jemma Donovan).

This leads to some animosity bubbling under the surface for Hendrix Greyson (Benny Turland), who recently broke up with Harlow.

The latter’s grandfather Paul Robinson (Stefan Dennis) also won’t be too happy with his granddaughter hanging around with Brent.

With Paul interfering in his foster son’s life, David won’t be too happy, but will this result in fireworks between the father and son?

The actor who plays David, Takaya, said: “Paul being Paul has never been a good excuse for his dad’s behaviour and David is always one to let him know.

“I guess the real question is, ‘when will enough be enough for David?’,” the soap star told RadioTimes.com.

With so much drama unfolding on Ramsay Street, will this set in stone even more action for the summer storylines?