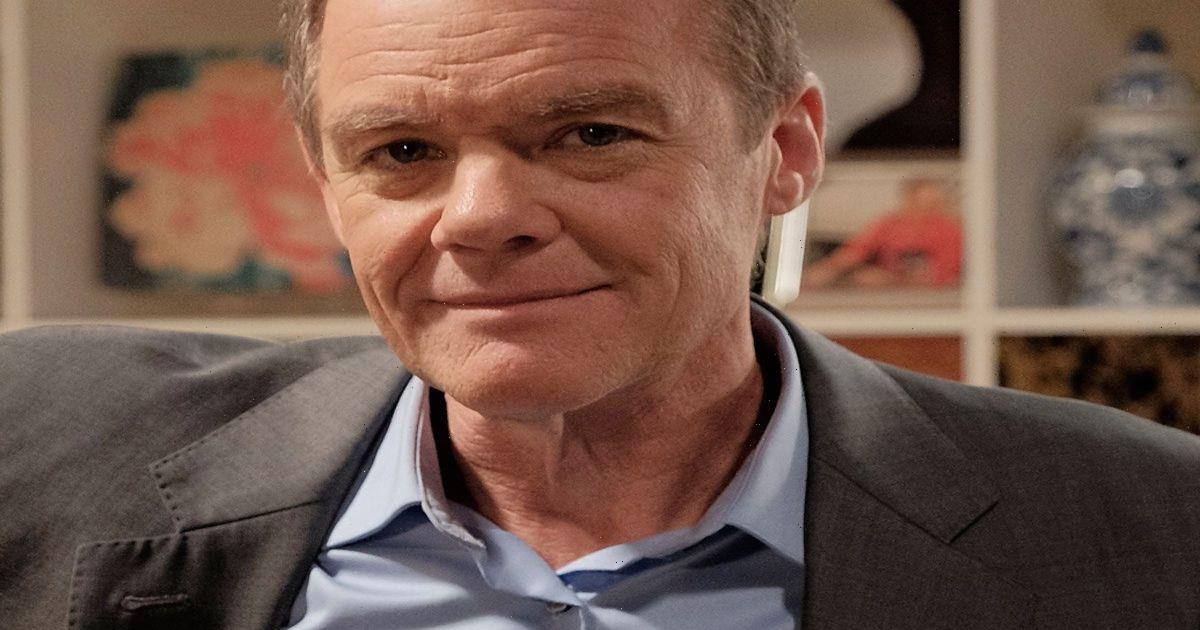 Neighbours star Stefan Dennis says he “surprised himself” when he became emotional on the last day of filming the long-running Australian soap.

The actor, who played the villainous Paul Robinson, said it was “a melancholy day” as he looked back at his experiences from the past 37 years, including run-ins with the Royal Family.

The soap first aired in 1985 and follows the lives of those living and working in the fictional Melbourne suburb of Erinsborough, with Dennis joining the show as one of the original cast members.

Speaking on the Australian breakfast programme Studio 10, Dennis said he had had to keep a “very low profile” on the last day, in order to avoid becoming “an absolute mess”.

“It’s a melancholy day for me,” he said.

Get exclusive celebrity stories and fabulous photoshoots straight to your inbox with OK!'s daily newsletter .

“I sort of closed the studio door behind me on my very last scene, my very last dialogue scene and… I suddenly surprised myself by getting incredibly emotional.

“I just kept to myself and went to my dressing room… so I’m keeping a very low profile today. I think I’ll just be an absolute mess if I sort of hang around too long.”

Dennis also revealed that Diana, Princess of Wales and the Queen Mother had both been big fans of Neighbours and would specifically request tapes from the BBC so they could catch up on episodes missed during royal engagements.

He recalled that the Queen Mother once snubbed the entire cast of the US sitcom Golden Girls at a meet and greet to talk to the Neighbours cast instead.

Dennis said he had received a standing ovation from thousands of people at Wembley Stadium at a Michael Jackson concert in 1992, where he had been invited to the VIP box alongside the Prince of Wales.

Fellow cast members paid tribute to the show in a specially curated video where they expressed gratitude for being an “iconic part of Australian culture”.

The final episode – which will air on August 1 – will see fan favourites from throughout the years return for a special episode to bid the soap farewell.

Kylie Minogue and Jason Donovan, who starred as power couple Charlene Mitchell and Scott Robinson in the 80s, were previously announced as returning to the show.

Joining them will be Peter O’Brien who appeared in the show’s first episode as Shane Ramsay, as well as Ian Smith who played Harold Bishop, Mark Little who played Joe Mangel and Paul Keane who played Des Clarke.

Among those returning from the 00s era are Chris Milligan who played Kyle Canning, Morgan Baker as Callum Rebecchi, Natalie Bassingthwaighte who played Izzy Hoyland and James Mason as Chris Pappas.

Olympia Valance who starred as Paige Smith in the latest era of the show will also return, alongside Jodi Anasta as Elly Conway, Zoe Cramond who played Amy Williams and Kate Kendall as Lauren Turner.

The show is also credited for helping to launch the careers of other Hollywood stars including Margot Robbie, Liam Hemsworth, Guy Pearce and Russell Crowe.