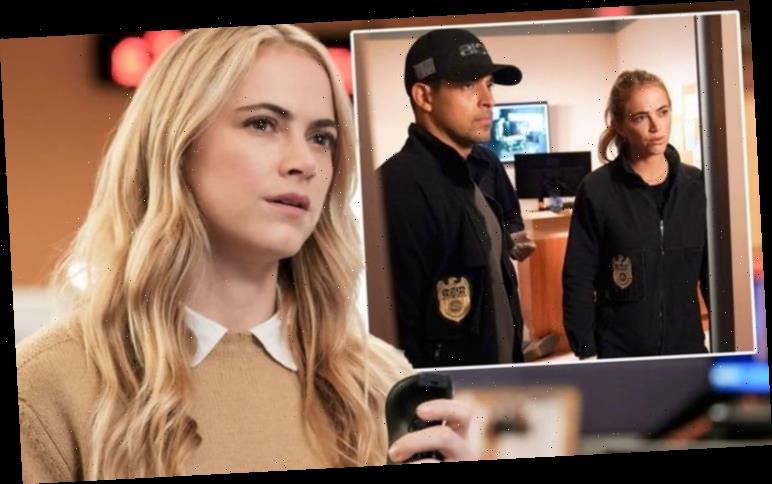 The 18th season of NCIS is now well underway with a double-bill set to kick off its time in 2021 with a bang. CBS has scheduled in a double-header for January 19 with episodes ‘Sunburn’ and ‘Head of the Snake’ which will see the return of Delilah Fielding (played by Margo Harshman) and possibly the conclusion of the Tobias Fornell (Joe Spano) drug storyline. However, Ellie Bishop (Emily Wickersham) and Nick Torres (Wilmer Valderrama) fans will be looking beyond to episode six in what promises to be an unmissable episode.

Titled ‘1mm’, the sixth episode of NCIS season 18 is scheduled to air on the US network on January 26.

And CBS has released a new synopsis for the instalment which suggests the action is well on its way – as well as a tricky predicament for Torres and Bishop.

The plot for the episode from CBS reads: “Following a tip about smuggled weapons, Bishop and Torres engage in a shootout in a former sheriff’s residence that’s now a historical site,

“Only to find themselves locked in abandoned jail cells there.” 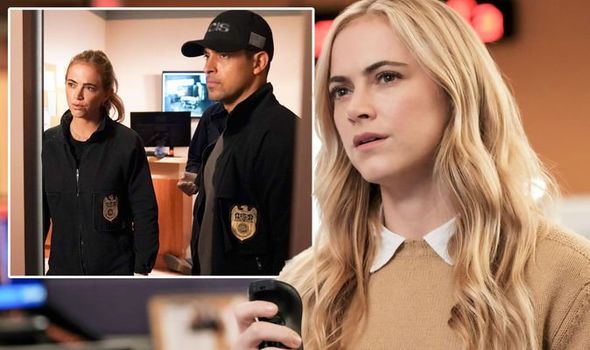 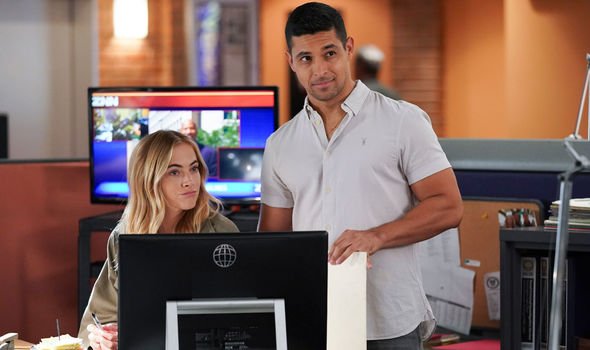 Now, it isn’t exactly clear who this former sheriff could be or if he plays a part in trapping the two.

And it remains to be seen exactly how long the pair will find themselves in the predicament in episode six.

However, with a Torres and Bishop romance brewing in the background of NCIS for the past few seasons, time in a confined space may just be the moment that brings it to fruition.

After all, actor Valderrama dropped a hint prior to season 18’s premiere the relationship between the characters would be like the show hasn’t “seen before”. 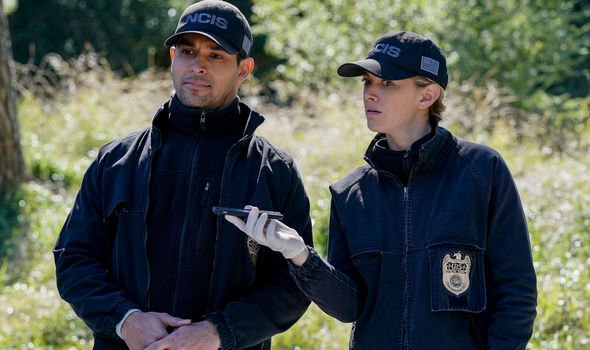 “The exploration of relationships within the characters and all that stuff, it’s something that’s always a mystery,” he told TV Insider back in September.

“I certainly don’t think that we will do something the show has seen before, and we’re definitely trying to work on doing something different.

“I don’t know what’s in store for any of the other characters, but for my character specifically, we’re going to be finding out so much more about his past this season.

“This season is going to really focus a lot on where he really came from, what was his upbringing and his family, so we’re going to get learn a little bit more about his family since Torres has been such a mystery to the audience for the last four years.”

Valderrama then hinted that this more vulnerable side to Torres is going to bring him “closer” to those around him.

So will episode six provide the perfect opportunity for him and Bishop’s romance to blossom and the two to find themselves “closer” than ever?

Before the pair’s time trapped, however, Torres looks like he’ll be getting his hands dirty alongside Fornell.

So far this season, Fornell has been on somewhat of a one-man mission to bring down the drug ring which supplied his daughter with the substance which led to her overdose in season 16.

And while Gibbs (Mark Harmon) has been lending a helping hand – as well as a watchful eye – a first-look at the double-bill hints Torres will too be getting involved.

In one promo snap from the episodes, Torres and Fornell are shown working undercover.

Torres is shown in a pest control outfit – but what is it exactly the two are looking for?

Fans will have to wait until NCIS returns later this month to find out for sure.