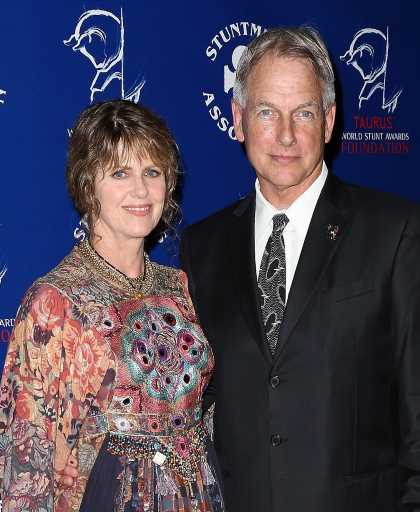 Mark Harmon has been the face of NCIS since the show first premiered in 2003. Starting as a spin-off to Jag, the primetime procedural has outlived and outdone its predecessor in every sense of the word. NCIS is currently the most-watched scripted show on TV, and the series is going onto its seventeenth season this fall.

Mark Harmon serves as the lead actor and executive producer behind the series. Without Mark Harmon, there virtually is no NCIS. Mainstays come and go – Pauley Perrette, Michael Weatherly, Cote de Pablo, etc. – but Harmon remains committed to the show responsible for filling his pockets (quite handsomely) and providing a consistent 9-5 lifestyle, which is usually unheard of in the biz.

Though Mark Harmon’s wife, Pam Dawber – known for starring opposite Robin Williams in Mork & Mindy – supports his career, there was one role she did not stand behind. Luckily, Mark Harmon didn’t heed her advice, for it went on to become one of the actor’s most-remembered and celebrated turns.

Mark Harmon explained to People Magazine that his wife was strongly opposed to his role in Summer School. Given that Summer School is a comedy – and Mark Harmon isn’t necessarily adulated for his comedic stylings – her opposition should come as no surprise. However, Harmon wanted to seize the opportunity to work with Director Carl Reiner (The Jerk, Ocean’s 11, Dead Men Don’t Wear Plaid). His wife still told him, “Don’t do that. Don’t do this movie.”

Dawber had her husband’s best interest in mind, for she probably feared the role would not bolster his career. However, Summer School did rather well critically; even Roger Ebert praised Mark Harmon’s chemistry with Kirstie Alley, claiming they were “great together” on the screen. To this day, Mark Harmon fans remember him for his role in Summer School; however, his sixteen-year turn as Agent Gibbs tends to trump all other movies and shows he starred in previously.

Luckily Mark Harmon took this role, for it likely opened a few doors for the actor – throughout the late ‘80s and early ‘90s. Mark Harmon explained to People that he and his wife don’t always see eye to eye, which has been healthy for their marriage. He stated:

“We don’t generally like the same thing, and that’s been healthy for us, actually.”

Pam Dawber and Mark Harmon don’t always fall in love with the same roles, they don’t flock towards the same ideas, and they may not agree on colors for couch cushions; however, after over 30 years of marriage, they must be doing something right. And, according to Harmon, staying different is an integral aspect of their success (likely because it creates the space for enlightening conversation).

What other movies and TV shows did Mark Harmon star in before ‘NCIS?’

Though Mark Harmon has starred in a few major blockbusters, his most successful turns have been on television. Mark Harmon starred in St. Elsewhere from 1982 – 1988 and Chicago Hope from 1994-2000.

When it comes to films, Harmon is recognized for working across from Sean Connery in 1988’s The Presidio. He also starred in Stealing Home, Worth Winning, and Beyond the Poseidon Adventure.

Though Mark Harmon is quite a talented actor, many of his movies were critically panned, and he received more praise for his work on the small screen. Thus, it should come as no surprise that he has reached his highest level of stardom in TV’s most-watched network show.