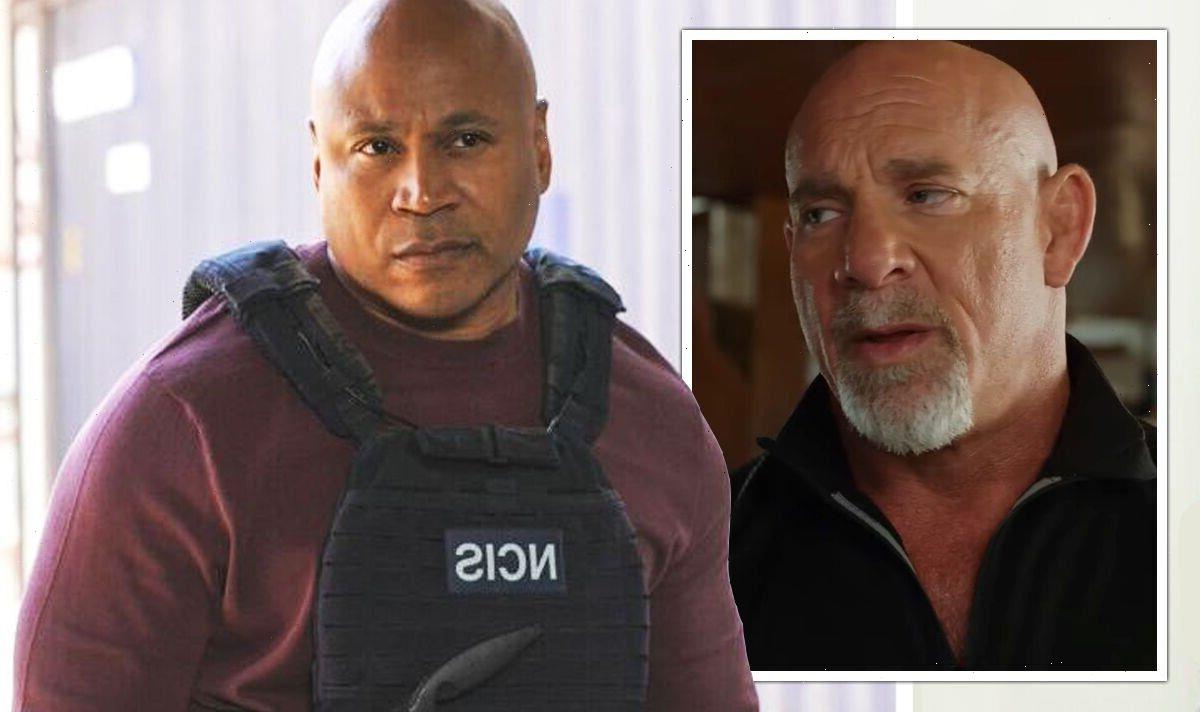 The next episode of NCIS: Los Angeles will feature not one, but two blasts from the past following the franchise’s epic three-way crossover on CBS. When the NCIS team returns this Sunday, fan-favourites Lance Hamilton (played by Bill Goldberg) and Vostanik Sabatino (Erik Palladino) will have to do whatever it takes to retrieve an old friend.

NCIS: Los Angeles is taking a trip down memory lane for the next episode of season 14.

Not only will both Hamilton and Sabatino be making their return, but their next mission also revolves around a friend of Sam Hanna’s (LL Cool J), Tom Olsen (David Paul Olsen).

Tom has appeared in five episodes of the series so far, but the writer and ex-Navy SEAL has somehow become the target of dangerous unknown shooters.

The official synopsis for the next episode, Best Seller, reads: “When Sam’s friend Tom Olsen finds himself being hunted down by enemies from his past, the NCIS team must find out who is after him.”

And the latest sneak peek at the episode has confirmed both Hamilton and Sabatino will be heavily involved in tracking Tom down.

In the new clip, Kensi Blye (Daniela Ruah) and Hamilton jump on a call with Devin Roundtree (Caleb Castille), Fatima Namazi (Medalion Rahimi) and Admiral Kilbride (Gerald McRaney) to learn about their next mission.

Blye is initially confused why a crime scene in Utah would fall under the jurisdiction of the LA team.

“This was private land,” Namazi continues. “After the rangers found the dead bodies, they went to the cabins’ owner and found him dead.

“There were personal items at the cabin belonging to Tom Olsen.”

Blye remembers Tom as a close friend of Hanna’s from the teams, and Kilbride confirms his whereabouts are unfortunately unknown.

He replied: “It seems the shooters came after him. Tom took two of them out and then disappeared into the woods.”

As she mulls over the facts of the case, Blye speculates Sam’s friend could have been targeted due to his career as a military fiction writer.

Caleb added: “Tom does have a pretty large public persona due to his fiction career taking off.

“But his publishers say there’s been no signs of a threat or any security issues.”

“This is all happening in real-time,” Namazi adds. “But it looks like the rangers found footprints following Tom, so he’s not in the clear.”

Kilbride goes on to reveal Sabatino will be working the mission with them, due to crossing paths with Tom on several occasions while working with the CIA.

It’s unclear whether Hanna will actually be appearing in the upcoming episode, but hopefully, he’s able to reunite with his old friend soon enough.

NCIS: Los Angeles season 14 continues Sundays on CBS in the USA. A UK release date is yet to be announced.