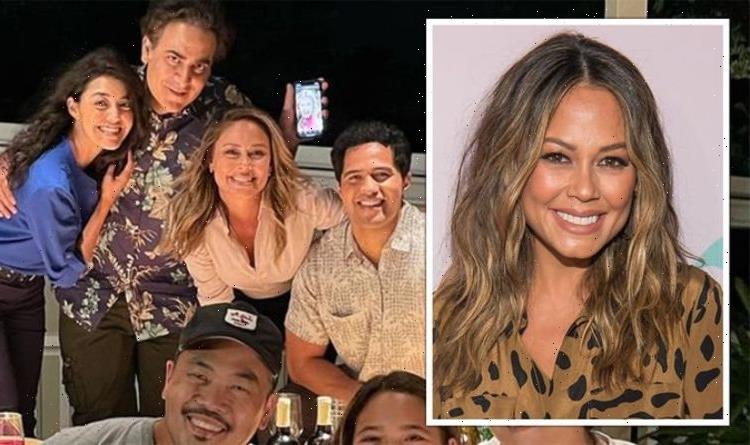 Fans of the NCIS franchise are in for a treat as CBS announced earlier this year that a new spin-off series, NCIS Hawaii, was in the works starring Vanessa Lachey. Fans of the franchise should be excited to hear that the series will be premiering very soon as the release date has been announced and the wait to meet the new NCIS Hawaii team will soon be over.

The latest spin-off in the long-running NCIS franchise is NCIS Hawaii, which is created by Christopher Silber, Jan Nash, and Matt Bosack.

Silber, NCIS Hawaii’s showrunner, is also the showrunner for NCIS: New Orleans and was previously a producer and writer for original show NCIS.

Vanessa Lachey has been cast as the lead in NCIS Hawaii as Jane Tennant, the first female Special Agent in charge of the new law enforcement agency.

As casting announcements kept coming in, fans were desperate for the release date announcements and CBS has granted their wish by revealing that the new series will premiere at 10pm on Monday, September 20.

The new show will follow a new team of the Naval Criminal Investigative Service, named the NCIS: Pearl, as they investigate crimes related to the Military and National Security.

Lachey will star alongside Yasmine Al-Bustami and Jason Antoon as her fellow agents.

CBS describes Jane Tennant as “diplomatic as she is hard-charging”, as well as a “master” juggler of balancing her professional and family life.

Antoon’s character Ennis is also described by the network as a “keen mind for technology, history, literature and all things Hawaiian.”

Mills will play Jesse Boon, a former Washington DC homicide detective Jesse who joins the team as a special agent.

Jesse will serve as Jane’s close confidant and second in command on missions.

Anderson will portray agent Kate Whistler, another special agent who has experience in defence intelligence.

Talan will play Alex who is Jane’s oldest child and Tarrant will join the show as new agent Kai.

Kai will enter the series after returning home to the island to care for his ill father and will struggle to adapt to his new life on the team.

Tarrant’s casting announcement comes alongside the news that Agent Carter star Gjokaj will be joining the drama as Captain Joe Milius in a recurring role in season one.

According to Variety, Milius will be introduced to Jane and her team following an explosive aircraft crash.

According to the publication, Jane will take the lead on the crash investigation in the forthcoming season.

The character will later butt heads with Milius over the difficult outcome of the crash.

Lachey’s Jane will have a lot to contend with and, despite dealing with Milius, Kai’s personal struggles could impact the team.

As Jane tries to adapt to her new role on the Pearl, how will the agent cope with a whole host of new team members?

NCIS Hawaii will be released on Monday, September 20, at 10pm on CBS.