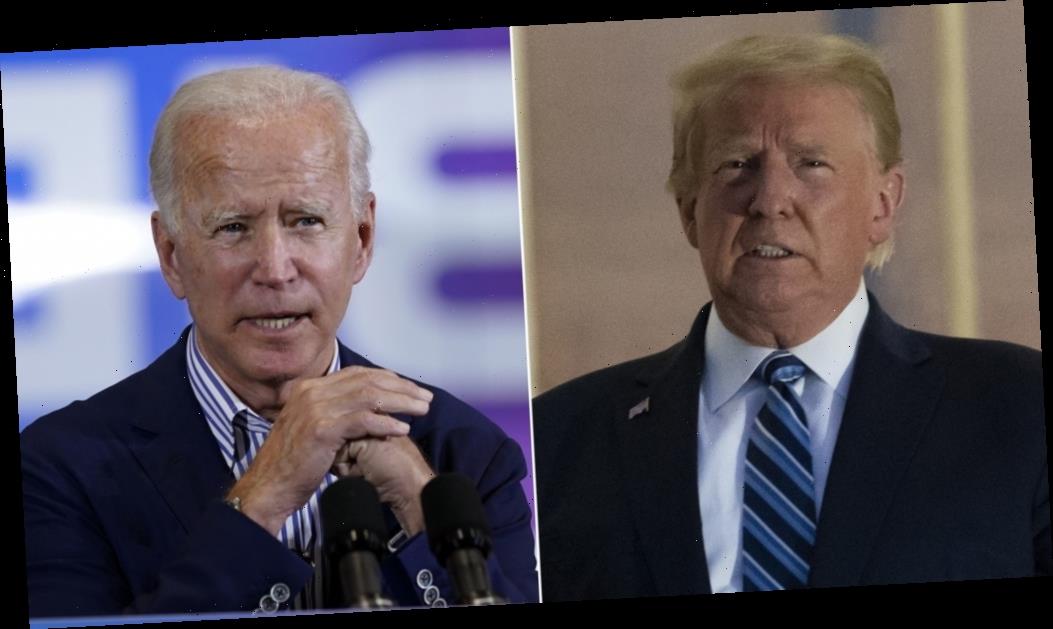 President Donald Trump and former Vice President Joe Biden will no doubt make news when they take part in dueling town halls this evening on NBC and ABC. But the networks broadcasting their events may be looking less at headlines the two politicians will generate and more at the money they will draw.

NBC and ABC hope to take in hundreds of thousands of dollars in advertising revenue from their 8 p.m. town-hall broadcasts, pressing for an average cost of $198,000 for 30-second commercials adjacent to the events, according to two people with knowledge of negotiations between the networks and advertisers. ABC and NBC declined to make executives available for comment, and it was not immediately clear if NBC was seeking additional money for simulcasts of its event on MSNBC and CNBC, or offering a package of inventory across all three networks.

The figure is in line with some of the top ad prices the broadcast networks drew for coverage of presidential debates in 2016. ABC, NBC and CBS were able to command between $198,000 and $220,000 for a 30-second ads adjacent to their coverage of one-on-ones between Trump and then-challenger Hillary Clinton, according to Standard Media Index, a tracker of ad spending.

At $198,000, the cost of the town-hall commercials would still fall short of prices for some of TV’s top draws, like live NFL football. The average cost of a 30-second spot in NBC’s “Sunday Night Football” in 2019 was more than $600,000, according to SMI, and even TV’s cheapest football show, ESPN’s “Monday Night Football,” commanded more than $277,000 for a half-minute spot.

Tonight’s town halls are likely to bring in more in ad cash than what NBC and ABC could have expected from the assortment of repeats, reality shows and short-term schedule fillers upon which all the networks have come to rely during the coronavirus pandemic. The contagion has delayed the production of many of TV’s top sitcoms and dramas.

Indeed, the networks have begun to rely on news programming to fill the grid at all times of the day, realizing that the buzz around important, breaking events often draws more viewers than standard fare. As more viewers migrate to streaming services for video entertainment, live, as-it-happens programming is increasingly what draws big audiences to screens in linear fashion. There’s a reason why ABC and NBC and other networks have begun ceding more of their schedules to special reports, pop-up town halls and other news concepts, particularly as the nation grapples with coronavirus. Few things other than sports have the power to draw sizable audiences of people all watching the same show at the same time.

Tonight, of course, news programming will divide American audiences. But that won’t stop the two aforementioned networks from trying to make money from it.