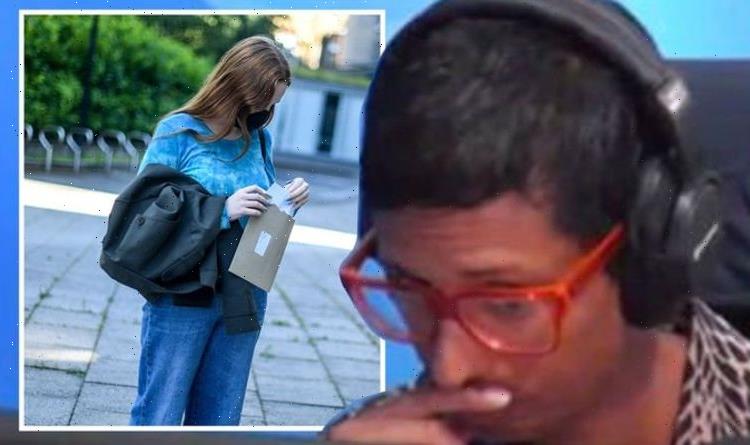 Naga Munchetty, 46, was on hand to discuss one of the most topical stories of the day on her BBC Radio 5 Live show; A-Level results. Teenagers up and down the country learnt on Tuesday morning whether they would be attending the university of their choice after turbulent changes were made to the academic schedule in light of the coronavirus pandemic. To talk through this more, the BBC Breakfast presenter was joined by Universities Minister Michelle Donelan, 37, and things got heated as the broadcaster quizzed her guest on whether the results youngsters had been given were fair.

This year, it has been down to teachers to decide what grades to give their students as regular assessments and examinations have not been able to take place as usual.

Ofqual has provided teaching bodies with the right framework on which to mark the work, meaning there have been official rules for educators to follow.

However, Munchetty voiced concern on whether the number of A* and A grades were higher this year, in particular, than previous years.

Munchetty said to her guest: “For a university assessing a student for a highly-prized place this year, who is the stronger candidate?

Providing her ministerial viewpoint, Donelan explained to the presenter: “Well I think that’s an academic question. A student that would have applied with results last year have already been awarded their place.”

As the Universities Minister tried to continue, the presenter tried to jump in as the conversation turned heated.

Silencing Munchetty, the government official told her interviewer: “Well let’s not talk down the results of this year.”

The broadcaster hit back as she replied: “I’m certainly not doing that, I’m asking how fair the system is, and how well placed these students who have 45 percent higher grades in A* and A’s, how fair this system is going to be for them and for those who received those grades before.”

I’m certainly not doing that

Donelan added: “At the end of the day, an A* is an A* because these are based on evidence. It’s based on what a student has done.”

The chief regulator of England’s exams watchdog Ofqual has given his take on the way A-Levels have been approached this year.

Speaking on Radio 4’s The World at One, Simon Lebus said teachers “were in the best position to make judgements”.

Lebus added: “If one thinks about it, at the beginning of June I think there were about a quarter of a million students in isolation because of problems with Covid.”

“That had gone up to three-quarters of a million by the end of June so it would have been complete mayhem if we’d been conducting exams in the normal way,” he said.

However, Lebus did not rule out a system prior to the pandemic being brought back in the future to mark the work.

Lebus explained: “There’s clearly got to be a managed progression back to the old normal.

“I think there’s a big debate to be had about how quickly that happens,” he continued to explain and with teenagers aged between 16 and 17 being vaccinated, new procedures could be brought into play.

Education Secretary Gavin Williamson, 45, has also spoken out on the number of exceptional grades and entires into university.

Recalling getting his own A-Level results, he said: “I didn’t get three A*s, it’s fair to say.

“I have forgotten, it’s so long ago. It’s 27 years ago. You probably can’t remember what was happening last weekend.”

The Minister went on to tell LBC Radio he was delighted to have been able to get the results he needed to study social science.

Naga Munchetty’s show airs Monday to Wednesday at 10am on BBC Radio 5 Live.