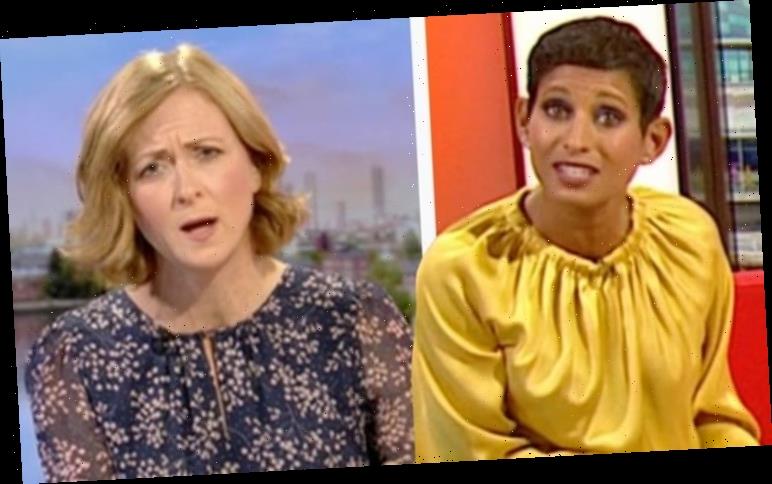 BBC Breakfast is delivered by Charlie Stayt and Naga Munchetty every weekend. Today however, the show looked a little different; while Charlie remained on the infamous red sofa, Naga was no where to be seen. Instead, BBC 5 Live’s presenter Rachel Burden was sitting in to co-host.

Charlie kicked off the show with: “Good morning and welcome to Breakfast, with Rachel Burden and Charlie Stayt.”

And Rachel took over: “Here are our headlines today; Boris Johnson’s vision to return to normality is questioned amid warnings the winter may bring problems.”

“Financial support for holiday makers seeing refunds for trips that were cancelled because of coronavirus,” Charlie added.

Joining them to deliver the latest on sport was Mike Bushell: “Good morning! 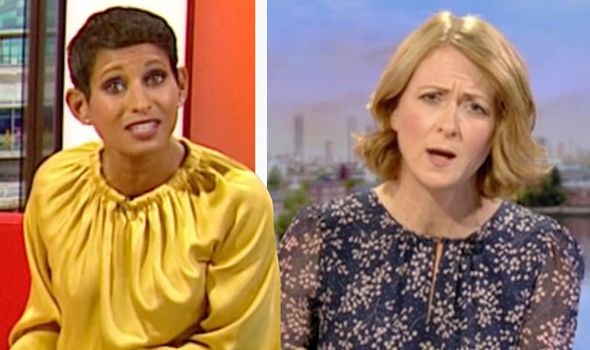 “Leeds United are back in the Premier League for the first time in 16 years and hundreds of fans celebrated outside the Elland Road stadium here into the night as the city wakes up this morning to a Premier League club again, I’ll be getting all the reaction throughout the programme.”

The headlines then returned to the studio as Rachel continued with: “Captain Sir To is formally united by the Queen at Windsor. He will be joining us live to talk us through his momentous day.”

And rounding off today’s Breakfast team was Ben Rich: “Good morning, another warm day across the South of the UK, sunshine and showers and a cooler feel in the north, and in between cloud bringing outbreaks of rain. 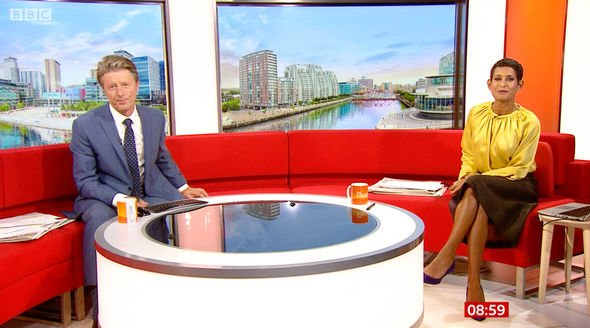 “The forecast for wherever you’re spending your Saturday, later on here on Breakfast.”

Naga’s absence has not been addressed on the show thus far, she did however appear yesterday and suggested her return this weekend.

Ending Friday mornings show alongside Charlie, Naga told viewers: “That is it from us on Breakfast this morning, back tomorrow at 6!”

It comes after a series of presenter shake-ups with BBC Breakfast has experienced this week. 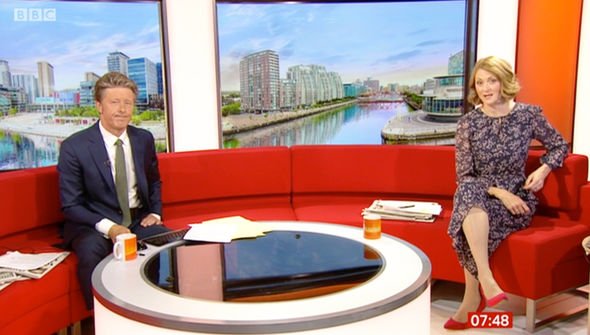 Dan Walker and Louise Minchin usually start the week and deliver the show until Wednesdays.

But that was not the case this week, as Dan was seen co-hosting with sports reporter Sally Nugent – but only for a day.

On Tuesday, Naga joined Dan in the studio  and the pair took charge of BBC Breakfast right through until Thursday when Charlie took over.

With Charlie and Naga usually presenting every weekend, today was a little different as Rachel sat in for the latter.

Rachel announced her appearance on BBC Breakfast last night when she tweeted what was coming up on the show.

Taking to her official account, she wrote: “As well as Jess, we have Captain Tom in his knighthood, #Leeds fans celebrating promotion, @grantshapps on travel refunds, and the reopening of music venues.

“On the sofa with Charlie from 6am @BBCBreakfast.”

BBC Breakfast airs everyday at 6am on BBC One.