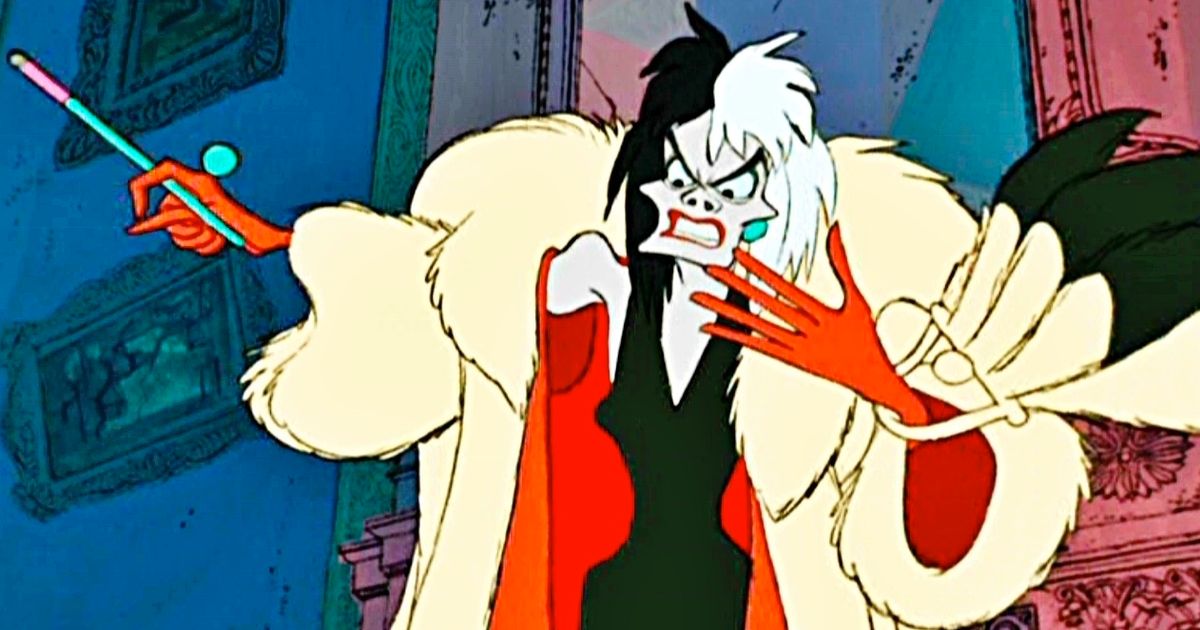 Give your bunny – and all 101 dalmatians, extra security, my pretties. They are among the most appalling characters in cinema history – yet you can’t take your eyes off them.

In tribute to some of the most wickedly compelling female roles in movies, London's British Film Institute has been running a season called ' Playing the Bitch '.

So here our film editor Chris Hunneysett chooses the best of a very bad bunch of evil women.

Much like intergalactic warlord Thanos, in Avengers: Endgame, what makes this character so truly terrifying is her absolute and utter conviction she is the good guy, and all the pain and suffering is for our own good.

It’s a brilliantly written role which plays directly on our fears of placing our trust and our lives in the hands of authority.

Fletcher is so compelling as the implacable head nurse of a psychiatric hospital she won the best actress Oscar and inspired Jack Nicholson to his greatest performance as the patient with whom she engages in a battle of wills.

This psychological horror based on Stephen King’s 1987 novel sees James Caan’s writer imprisoned by a sledge-hammer wielding super-fan who forces him to rewrite his work.

It’s an Oscar winning tour de force by Bates which is all the more sinister for the quiet moments of kindness and understanding she brings to this nightmarish perversion of the nurse/patient relationship.

Wilkes is a remarkably prophetic character which anticipates our current world where film directors such as The Last Jedi’s Rian Johnson are aggressively trolled online for not treating favourite fictional characters in a desired manner.

When a telemarketer steals her husbands illicit drug cash and hits the open road, it leads to a car crash of sex, violence and exploitation in this wildly immoral thriller.

Fiorentino is terrific in a no-holds barred performance where she is always the smartest, merciless and most manipulative person in the room, and forever plotting her next murder.

Brilliantly, she doesn’t feel pity or remorse, and never compromises, relents or apologises.

Evil women are rarely allowed to get away with this much unfettered fun.

The star of TV’s Buffy the Vampire Slayer, Gellar did her damndest to distance her screen image from her small screen do-gooder, with a tremendous turn as a wicked, witty and wealthy New York high school student.

She’s elegantly in control as she seduces her way across Manhattan ruining reputations for fun, including the lovely Reese Witherspoon.

Inspired by a French novel, Glenn Close played the same character in the 1988 film ‘Dangerous Liaisons’, but for giving a timeless story a slick and stylish modern makeover without compromising the skulduggery, I prefer this version.

From Cinderella to Snow White and the Seven Dwarves, Disney animated adventures are full of wicked women, but Cruella is my favourite.

Rich, powerful and certainly not in the need of another coat, the senseless cruelty of wanting to kill a litter of helpless puppies to create a fashion statement is what makes this animated villainess so horribly bad.

A Death Eater of huge power, Lestrange is a paranoid, deranged and fanatically faithful ally of the dark Lord Voldemort, who delights in cruelty and is happy to murder in order to help him pursue his grand scheme of ruling the world.

Plus she commits the heinous crimes of torturing Emma Watson’s Hermione and killing the harmless house-elf, Dobby.

Bonham Carter was a replacement for Helen McCrory in the role and perfectly captures the barking mad essence of the wide-eyed and wild-haired witch.

Blanchett has great form for the dark side having played the Evil Stepmother in Disney’s 2015 live action Cinderella, and as a whiplashing leather-clad Soviet agent in 2008’s Indiana Jones and the Kingdom of the Crystal Skull.

But as superhero Thor’s older sister and the goddess of death, she’s magnificent.

She appears with a giant wolf and undead warriors to defeats Asgard’s army, destroy Thor’s magic hammer and exiles the God of Thunder and his step-brother, Loki.

Intent on ruling Asgard and enslaving new worlds, she’s easily the most powerful villainess in the Marvel Connected Universe and second only in power to Captain Marvel.

The James Bond films are bursting with great female henchwomen from Grace Jones’ May Day to Famke Janssen’s Xenia Onatopp who kills her victims by crushing them between her thighs.

However in George Lazenby’s only outing as Britain’s super spy, henchwoman Irma Bunt gets on top and stays there.

She’s pitiless and ruthless as she assists arch-villain Blofeld in plotting global bacteriological warfare, and then when Bond foils their plans, Blunt and Blofeld track down 007 on his honeymoon, kill his bride and leave Bond weeping in the roadside.

As Lazenby says at the films beginning. ‘This never happened to the other fella.’

Cheating husband Michael Douglas is caught on the sharp end of a dilemma when Alex refuses to allow their affair to end and she becomes obsessed with him.

Kitchen knives are best kept locked away from Alex as she takes his daughter on an unauthorised rollercoaster rides, claims to be pregnant, attempts suicide, pours acid on his car and develops unique recipe for rabbit stew as Alex turns up the heat on her married lover in this rage-filled revenge potboiler.

From the the trio of same-named bullies in Heathers to Rachel McAdams’ ‘queen of the plastics’ in 2004’s Mean Girls, Hollywood high schools are full of perfectly dressed popular girls running the rule over those less rich and skinny than themselves.

However the ultimate teenage bully is Hargensen who makes life high school a hell when she creates a horrific act of public humiliation at the prom and drops gallons of pigs' blood on Sissy Spacek’s head.

Faye Dunaway gives a barnstorming performance in this outrageous biopic of Hollywood legend Joan Crawford, based on the memoirs of Crawford’s adoptive daughter, Christina.

In a display of transgressive behaviour which proves there’s little more distressing than a parent mistreating their child, Christine endures a regime of public humiliations, punishments, and physical and emotional abuse.

Paramount Studios used the tagline ‘Meet the biggest MOTHER of them all’ to promote the film to box office success.

Stanwyck used her sensuous style to turn an ankle bracelet into a sexualised fashion statement as the archetypal femme fatale in this masterful film noir.

She’s an immaculate vision of ruthless cunning as a married and manipulative spouse who seduces Fred MacMurray’s hapless insurance agent into murdering her husband, and plotting to make sure her lover takes the blame.

Stanwyck was deservedly Oscar nominated for her performance which has often been copied and referenced, notably by Kathleen Turner in 1981’s Body Heat, but never bettered.

The green-skinned, broomstick-wielding witch and her personal army of flying monkeys has terrified generations of little kids, not least me.

She imprisons Judy Garland’s sweet-natured Dorothy, has her friend the Scarecrow torn apart, and threatens to kill her pet dog, Toto.

And she doesn’t do it because Dorothy accidentally killed her sister, oh no, the witch is doing all this just to get her hands on a pair of ruby slippers.

A great example of how great harm is done for the least of reasons.