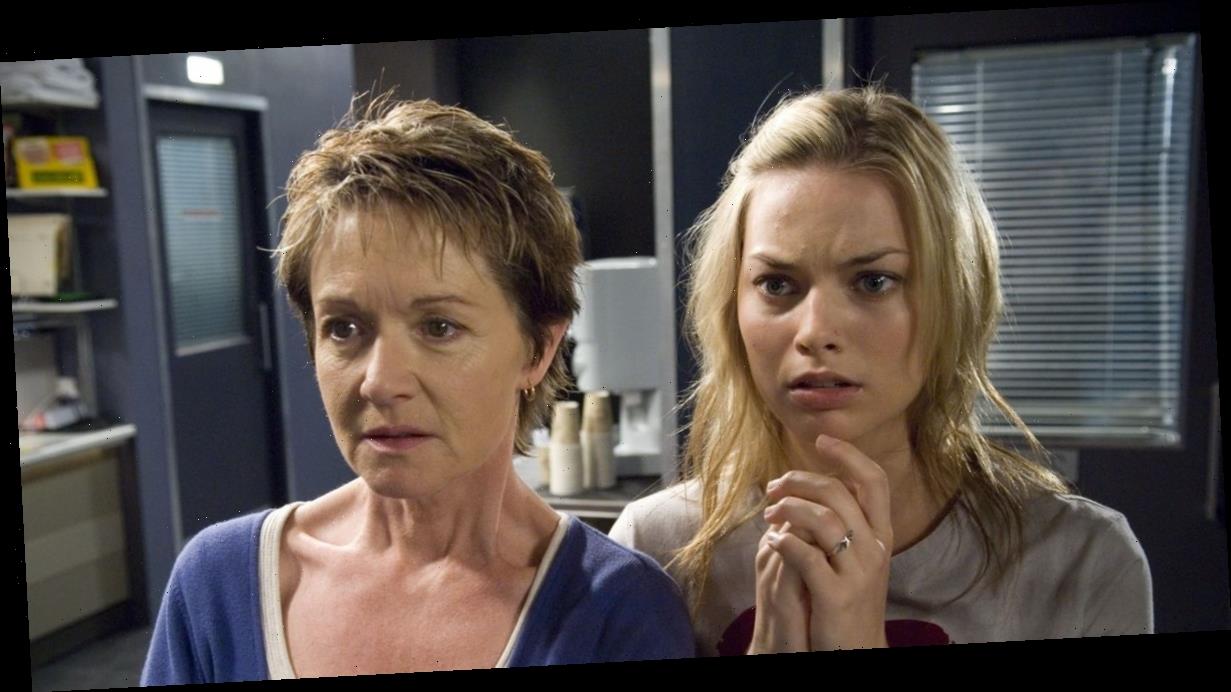 Neighbours has dominated screens for decades with tons of Hollywood celebrities starting out their acting debuts on the famous Ramsay Street.

The Australian soap took viewers by storm with its launch on this day (March 18) back in 1985, with stars such as the legendary Kylie Minogue catching the eye of numerous talent scouts.

In 2005, the iconic programme made the Logie hall of fame as the longest standing Australian drama series.

With many shocking plot twists, creative scripts and a mass of death defying scenes that would often make hairs stand up on the back of your neck, it really is no wonder that the Aussie programme became somewhat of a launch pad for many budding young stars.

From The Wolf Of Wall Street's bombshell Margot Robbie, Gladiator legend Russell Crowe and many more, the Daily Star has uncovered them all.

Before the Wolf Of Wall Street siren found fame on the big screen, she snapped up the opportunity to play Donna Freedman on the soap.

Margot had originally signed up for a brief acting stint on the programme but as her popularity grew so did her airtime on the famous street.

She made her debut on the show as the stalker of musician Ty Harper in June 2008 and was quickly given a regular casting role after she'd become a hit with viewers.

After almost three years on the set in 2011, Margot decided to fly the Neighbours nest and hit the big time in Hollywood, striking up roles alongside Leonardo DiCaprio and Will Smith, to name a few.

Liam Hemsworth melted hearts in the film The Hunger Games after his character Gale suffered a crushing blow when the stunning Jennifer Lawrence's Katniss seemed to find love with another.

However, not many people will know that Liam played Bridget Parker's paraplegic friend Josh from 2007 to 2008 on Neighbours before he became a global name.

The Australian actor went on to find love with Wrecking Ball hitmaker Miley Cyrus, with the pair instantly hitting it off when filming The Last Song in June 2008.

Although the pair enjoyed an on and off romance that included two engagements and tying the knot once, it didn't work out and they announced they were divorcing on August 2019, just eight months after saying "I do".

The I Should Be So Lucky songstress is probably one of the most iconic cast members to have found fame on Neighbours as the striking Charlene Robinson.

Although Kylie was only on the soap for two years, she certainly had a lasting effect with fans of the show.

In 1988, the blonde Australian bombshell opted to leave her acting career behind her, trying her hand at another passion instead.

That crucial decision certainly pair dividends as the Spinning Around hitmaker went on to be the highest-selling female Australian artist of all time, having sold over 70million records worldwide

Holly shot to stardom as the lovable Flick Scully on the soap but like many of her co-stars she wanted a bigger platform to shine.

The stunning actress fled the programme after three years to take up a career in the music industry, releasing a number of songs – like the iconic Kiss Kiss – that landed her a top three spot in the UK charts.

Following a similar path to other Neighbours stars, she did enter the world off film, most notably in a scene in video game adaptation D.O.A: Dead Or Alive that saw her strip to her bra in the middle of a battle.

Russell only ever starred in four Neighbour episodes and that was mainly because his calling to become a bonafide megastar had been looming.

On the show, he played an ex-con called Kenny Larkin who wreaked so much havoc in the community, from stealing money to sabotaging Henry Mitchell's gardening business, that he was banished from Lassiters, never to be seen again.