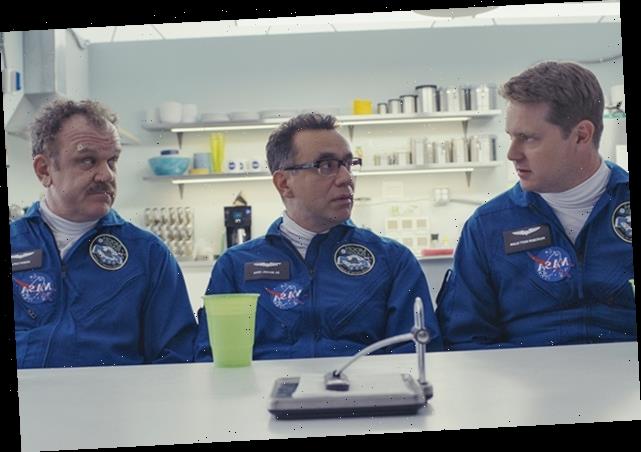 The men of Moonbase 8 were hoping to take giant leaps up the NASA totem pole… but they’re probably better suited for small steps.

Showtime has released a full trailer for its upcoming astronaut comedy, which stars Fred Armisen (Portlandia), John C. Reilly (Walk Hard: The Dewey Cox Story) and Tim Heidecker (Tim and Eric Awesome Show, Great Job!). As their trio of eager NASA astronauts attempts to qualify for a lunar mission, a series of unexpected circumstances forces the men to question their own sanity, trust in each other and whether or not they’re cut out for space travel.

The promo above offers a sneak peek at Skip, Rook and Cap’s antics while stationed at NASA’s Moon Base Simulator in Arizona — and though they’re a spirited bunch, we can see why they haven’t traveled to the moon just yet. (Search Party‘s Alia Shawkat and American Idol alum Adam Lambert, among others, also pop up in the trailer.)

Armisen, Reilly and Heidecker — who co-created Moonbase 8 with Jonathan Krisel (Baskets) — also serve as writers and executive producers on the series, while Krisel directed all six episodes. The half-hour comedy will premiere on Sunday, Nov. 8 at 11/10c.

Check out the Moonbase 8 trailer above, then drop a comment with your thoughts!