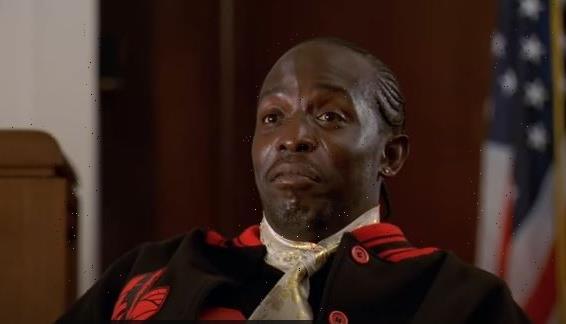 Michael K. Williams, who died Monday at 54, rose from Madonna background dancer to in-demand actor who was nominated for five Emmy Awards. To see a gallery featuring some of his most famous scene-stealing roles, click on the photo above — a shot of Williams’ signature Omar Little character from HBO’s The Wire.

Immediately identifiable by the scar that ran from the middle of his forehead to the right side of his mouth, Williams specialized in playing hardened men few were interested in messing with.

Several of his most popular projects were done for HBO: Along with playing the terrifying Omar in the 2000s series The Wire — how many of you have never heard “The Farmer in the Dell” quite the same since? — gangster Chalky White in period drama Boardwalk Empire, influential inmate Freddy Knight in limited The Night Of, Jack Gee in Bessie and Montrose Freeman in last year’s Lovecraft Country.

Wendell Pierce Remembers His ‘The Wire’ Co-Star Michael K. Williams: “There Is Small Comfort That I Know You Knew How Much We Loved You”

Williams picked up Emmy noms for Lovecraft Country — voting for the September 19 trophy ended a week before he died — The Night Of and Bessie, along with one as an executive producer of the premium cabler’s Vice. His other Emmy nom was for the 2019 Netflix limited series When They See Us.

He also appeared in the Best Picture Oscar winner 12 Years a Slave and voiced the Smokey Greenwood character on Netflix’s animated F Is for Family.

Just last week, he’d signed on to play George Foreman’s mentor and trainer Doc Broadus in Sony’s biopic of the man who became the oldest heavyweight champion in boxing history. Williams’ other upcoming project include Body Brokers and Surrounded.