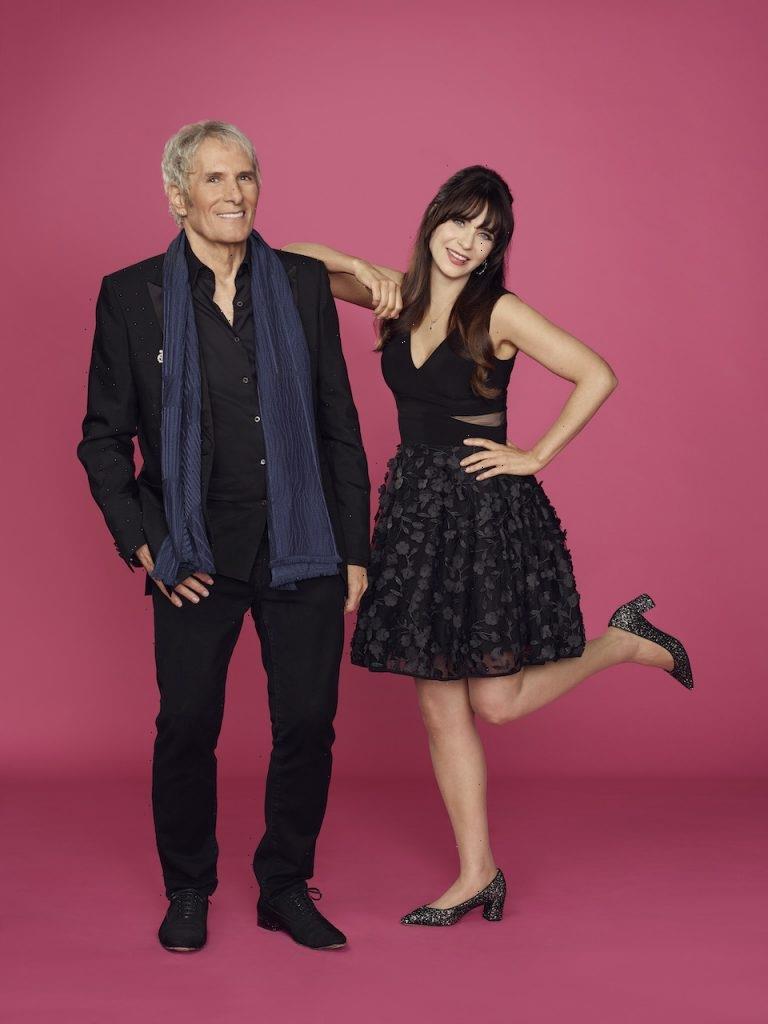 ABC is reviving the 60s classic The Dating Game this summer. Hosted by New Girl alum Zooey Deschanel and Grammy-winning singer Michael Bolton, the upcoming series puts a new spin on the the show that involves celebrities and song parodies. While Bolton will be continually working his vocals, he revealed that Deschanel is the one who’s “got a lot of responsibility”.

‘The Celebrity Dating Game’ plays off of a classic

The original Dating Game ran from 1965 to 1973 on ABC. A popular hit hosted by Jim Lange, the show inspired several spinoffs and is now being revived with a new twist.

In each episode, two celebrities will pick a potential date from a hidden panel. The celebrities will also be out of view, with Michael Bolton singing parody songs to give clues of their identities to the three shielded singles. Based on the answers given by the suitors, each celebrity will choose their date. Both Deschanel and Bolton serve as hosts of the show.

This isn’t the first time celebrities are trying their hand at dating via television. In the classic version of The Dating Game, famous faces including Farrah Fawcett, Tom Selleck, Suzanne Somers, John Ritter, and Steve Martin appeared on the show before hitting superstar status.

Bolton began brainstorming on ideas for a new series after showing off his comedic chops in a music video with Adam Samberg on Saturday Night Live in 2011.

“My manager and I had been pitching shows since the Jack Sparrow [music video] viral experience [on Saturday Night Live], which was ginormous,” Bolton recently told TV Insider. “When this show came along, I thought, ‘How can I have fun with it?’ The thing is, [the song] has to be funny. If it’s not, I go back and say, ‘I’m not feeling this one.’”

Though he’s doing his share on the show, Bolton gave Deschanel a shout out for taking on the main hosting duties.

“In a lot of ways, she’s doing the heavy lifting on the hosting, while I’m singing and chiming in on the dialogue,” Bolton said of the former New Girl star. “She’s got a lot of responsibility, but she handles it all so seemingly effortlessly. She lights up the stage.”

Bolton incorporates the backgrounds of celebrity contestants to make up lyrics for the clues he croons. He gave an example with one of The Bachelor stars.

“In the case of [Alabama native] Hannah Brown, I used part of the song ‘I Found Someone,’ which I had written for Cher,” he explained. “I found someone… she’s from Tuscaloosa…”

The singer admitted there are times when he doesn’t always agree with or understand some of the final selections being made.

“Sometimes, a celebrity picks somebody,” Bolton remarked, “and I’m like, ‘Ahhh…maybe they didn’t hear that last answer well enough?’”

The Celebrity Dating Game premiers on June 14 on ABC.