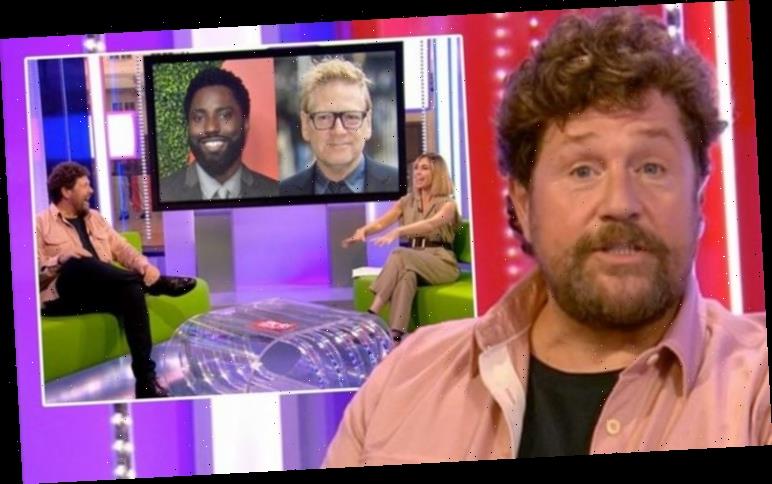 Alex Jones has been joined by a number of guest hosts in recent weeks, from Strictly Come Dancing finalist Chris Ramsey to Celebrity MasterChef star Gethin Jones. Tonight was the turn of Michael Ball to accompany Alex and they had a jam-packed One Show to get through, with stars of new film Tenet, Kenneth Brannagh and John David Washington, first up to speak with the hosts. However, Michael was expecting them on the BBC show a lot earlier than it turned out they would be, leading to a rather awkward moment.

Michael was the one to introduce the pair this evening as he began: “Now, cinemas around the country are about to get a brand new blockbuster to show.

The One Show host then turned to the screen under the impression he’d be speaking with the actors right away.

However, instead of the pair appearing via video call, two images of the actors popped up instead. 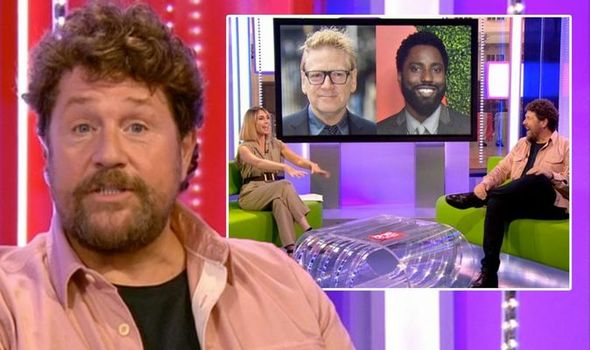 “Welcome, gentleman,” Michael said before realising the error of his ways.

Michael was left in laughter as his greeting was obviously met by silence as Alex tried to get the show back on track.

Stepping in, Alex said: “We went on a little date this morning, didn’t we first of all.”

Still laughing, Michael saw the funny side as he watched the two photos on-screen.