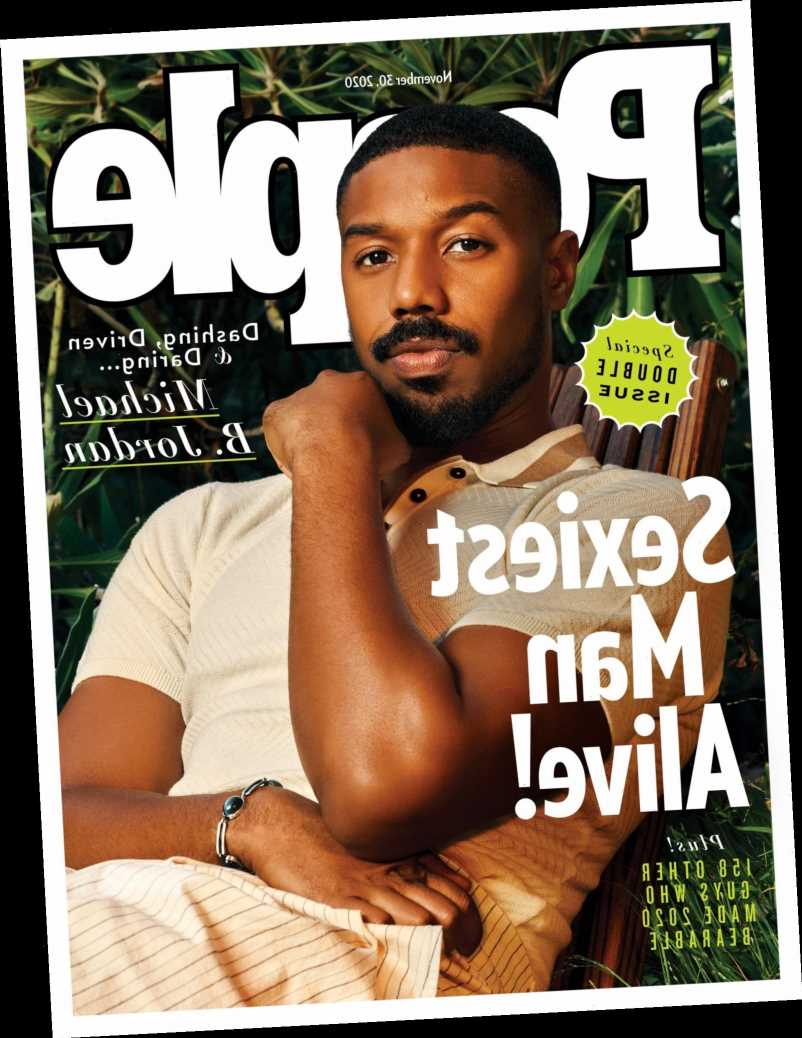 What a difference seven years can make.

In 2013, then-26-year-old actor Michael B. Jordan was featured in PEOPLE's first annual Ones to Watch portfolio for his critically acclaimed performance in that year’s film Fruitvale Station. Now he's been crowned 2020's Sexiest Man Alive.

"It's a cool feeling," he tells PEOPLE in this week's cover story. "You know, everybody always made that joke, like, ‘Mike, this is the one thing you’re probably not going to get.' But it’s a good club to be a part of."

From chiseling his body to carry on the boxing legacy of Apollo Creed as his son, Adonis, in 2015’s Creed to portraying Black Panther’s ruthless villain Erik Killmonger in 2018, Jordan, now 33, continues to make his mark in Hollywood — and the world.

His company, Outlier Society Productions, was the first to adopt an inclusion rider, which mandates that filmmakers enlist a diverse cast and crew. And the actor has been active in the Black Lives Movement and this year's election. Watch the full episode of Sexiest Man Alive: Michael B. Jordan on PeopleTV.com, or download the PeopleTV app on your favorite device.

"I think there’s a time and a place for everything," he says. "I’ve been picking my moments to make the most impact. We can all take action—big or small—to help create the change we want to see." Raised in Newark, N.J. by his parents, Donna and Michael A., along with his brother, Khalid, and sister, Jamila, Jordan credits his entire family for being a grounding force throughout the years.

"My mom and dad sacrificed so much to provide for my sister, brother and me," he says. "I'm just grateful. Honestly it’s like they all have had such an impact on me and who I am and how I approach each day. Without that, a lot of things about me just wouldn’t be the same. So it all comes back to that foundation. I’m really thankful for that."

The single actor, who when not working relishes driving cars, cooking and playing video games, insists the secret to his confidence now was "fully realizing that you can’t make everybody happy."

"You could have all the good intentions in the world, and you’ll still get controversy or some type of negativity thrown your way," he says. "Sometimes you’ve just got to trust the universe, you know? You’ve got to just believe in yourself and do what you feel is really right. I think that adds up."

For more on the Sexiest Man Alive – and 158 of the hottest guys in Hollywood – click here and pick up this week’s issue, on stands Friday, Nov. 20!

As for who will be most excited for his new title, Jordan insists the women in his family "are definitely proud of this one," he says. "When my grandmother was alive, it was something that she collected, and then my mom naturally reads it a lot and my aunts as well. This is one that they’re definitely going to have a special place for." In 10 years, Jordan — who will next star as a former Navy SEAL-turned-CIA operative in Tom Clancy's Without Remorse —  hopes "to be maybe directing a little more, acting less, producing a lot more."

"Just growing, whatever the next evolution of me is," he says. "Hopefully a family by then, I’m going to throw that in the universe. I want to make an impact all over the world and not just through the roles that I play."