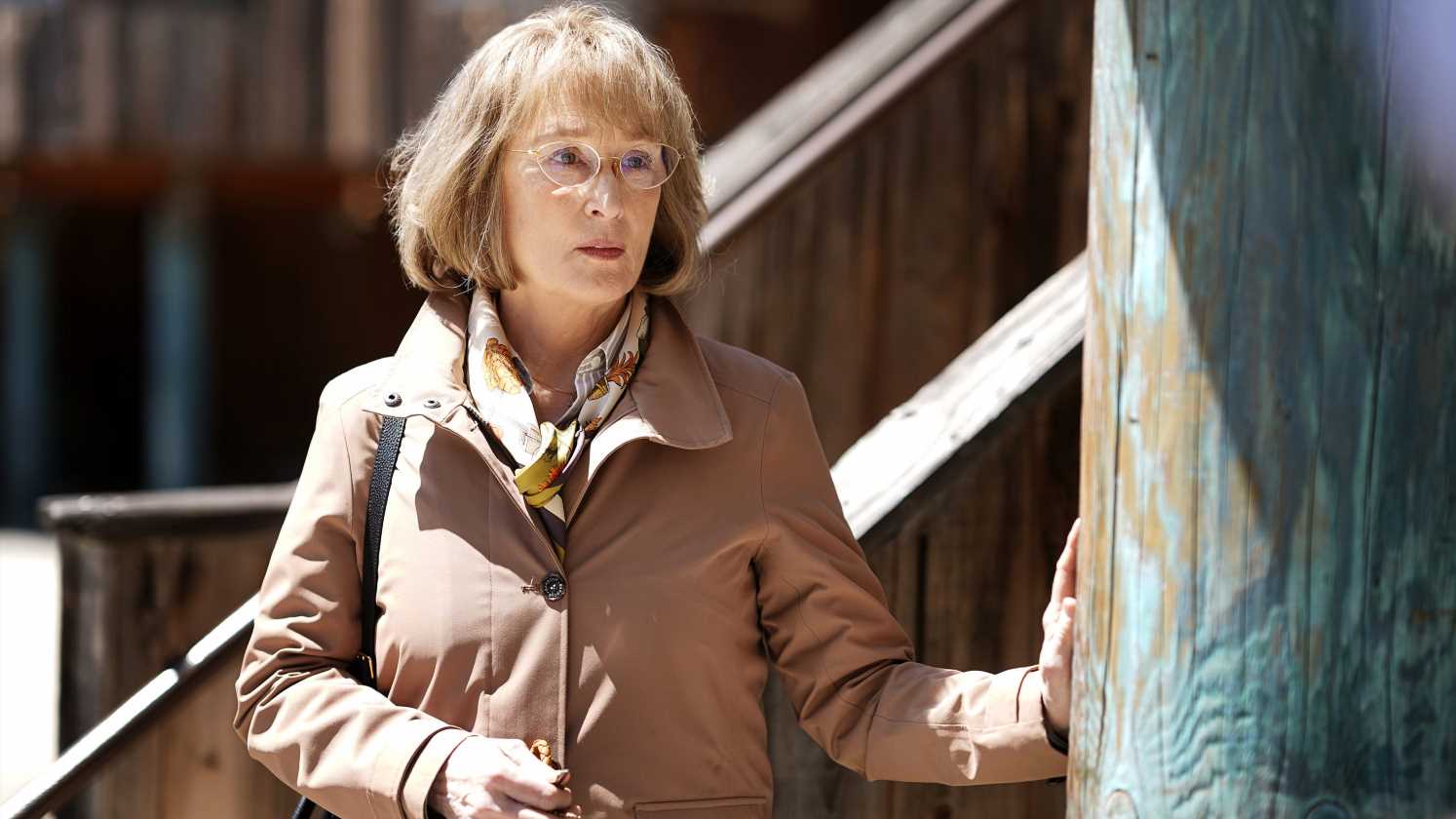 Listen, we love the Meryl Streep memes just as much as you do.

There’s that startling dinner-table scream from the season premiere, which has been ingeniously dubbed over by Carly Rae Jepsen and Lady Gaga’s “Shallow” wail. Twitter users instantly latched onto Mary Louise’s cross necklace, which she perplexingly rolled onto her chin mid-confrontation with uptight mom Madeline (Reese Witherspoon). And let’s not forget about our favorite Mary Louise zinger, “I can’t complain – actually, I can,” which is our forever mood.

mom: hi honey how was your day
me: pic.twitter.com/hSsU1CZupU

But when all the GIFs and jokes have been made, you realize there’s not that much else to Mary Louise, who in Sunday’s eye-rolling fourth episode continued to bog down a season that’s already strained to justify its existence.

To recap, “Big Little Lies” is based on Liane Moriarty’s 2014 novel and was brought to the small screen in 2017 by David E. Kelley (“The Practice”). It was initially intended as a seven-episode limited series about five wealthy moms in Monterey, California, who band together after the accidental murder of Perry (Alexander Skarsgard), the abusive husband to Nicole Kidman’s Celeste.

When the HBO show became a critical and ratings darling, a second season was ordered that stretches beyond the source material and introduces new characters – most pivotally Perry’s distraught mom Mary Louise, who moves in with Celeste to help care for her two young grandsons.

Suspicious that Celeste is harboring secrets about Perry’s death, Mary Louise relentlessly pries into her daughter-in-law’s personal life. She continually undermines Celeste’s parenting with withering put-downs and darting glances and questions whether she’s even fit to be a mom, after Celeste crashes her car during an Ambien-induced sleep-drive. In Episode 4, she goes so far as to see a lawyer about gaining full custody of her grandsons, vowing to take legal action if Celeste doesn’t comply.

It’s a vindictive move that tees up a potentially heated court battle that we have absolutely no desire to see. Then again, it’s the only storyline with any meaningful stakes for Mary Louise, who otherwise seems to pick battles for no discernible reason.

Not only does Streep’s mother-in-law-from-hell refuse to acknowledge that Perry ever beat Celeste, but she also ruthlessly torments Jane (Shailene Woodley), whom Perry raped and impregnated. Mary Louise shows up at her work unannounced demanding that Jane get a paternity test, insinuating that Jane was either drugged and couldn’t recall her real rapist, or had been with so many men that she didn’t know the father. She continues to undercut the violent assault even after learning Jane’s son, Ziggy (Iain Armitage) is her grandchild, suggesting that Jane must’ve “tempted” Perry or initiated sex.

ICYMI: Everything we know about ‘Big Little Lies’ Season 2, from Meryl Streep to Amabella

It’s understandable that Mary Louise is struggling to come to terms with her late son’s true nature. And if this were a better show, it could open up fascinating conversations about grief’s many complicated forms, particularly when our loved ones have harmed us, others or both. But as played by Streep – who tossed any nuance into the same bin she found her distracting fake teeth – Mary Louise is a one-note viper who’s more concerned with insulting Madeline’s height than showing any human empathy.

We’re clearly in the minority when it comes to Streep’s scenery-chewing antics. The New Yorker praised the three-time Oscar winner for giving Mary Louise “a vicious and eerily hilarious maternal edge,” while USA TODAY’s own TV critic Kelly Lawler raved that Streep is “joyfully unrestrained.”

And it’s not like “Big” is going for subtle: After all, this is a season that staged a poolside fashion shoot in Episode 1 for the express purpose of watching Laura Dern sing Diana Ross in a shiny red gown. (Lest we forget last week’s episode, in which coddled second-grader Amabella had a full-blown anxiety attack over climate change.)

But what made the first season of “Big Little Lies” such a treat was its deft ability to explore messy, fully drawn women in its soapy, high-stakes world. It’s a shame that Streep, unarguably one of our greatest living actresses, is saddled with a character who only feels like a rough sketch. With only three episodes left to redeem Monterey’s most meme-able matriarch, here’s hoping the writers sharpen their pencils.