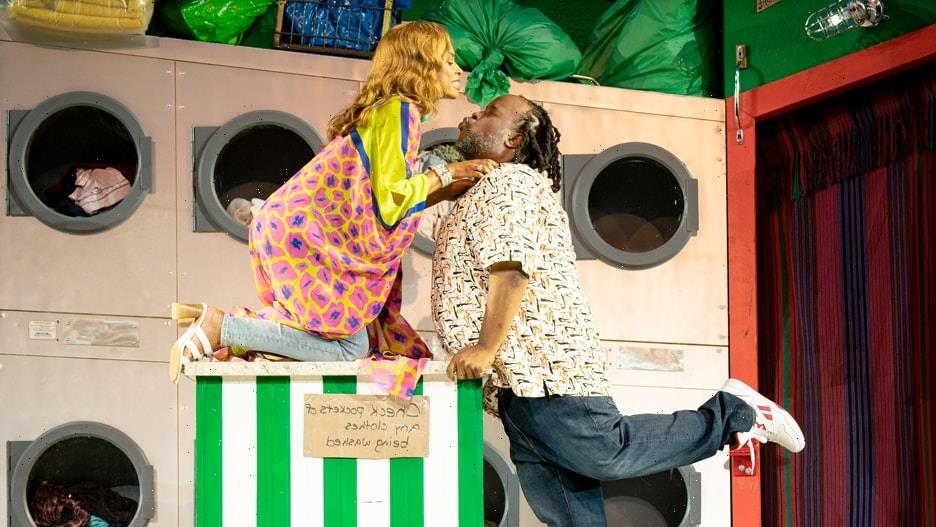 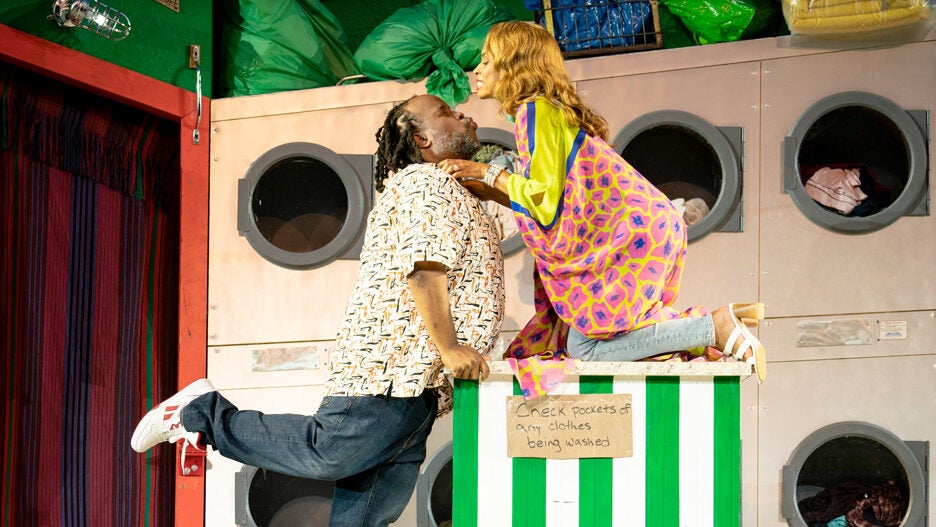 For more than a decade, Jacob Ming-Trent has been a go-to scene-stealing performer on the New York stage. He played a snack-loving contestant who’s too smart for his own good in the 2013 Broadway musical “Hands on a Hardbody,” the gluttonous fop Sir Toby Belch in the 2018 Shakespeare in the Park production of “Twelfth Night” and even made a memorable turn as the Hero’s loyal dog in Suzan-Lori Parks’ “Father Comes Home From the Wars” at the Public Theater.

But in the Public’s new Shakespeare in the Park production of “Merry Wives of Windsor,” Ming-Trent finally gets a meaty starring role to sink his teeth into: the notorious John Falstaff, the foil of Shakespeare’s “Henry IV” histories who becomes the scheming and much-abused butt of many jokes in the comedy “Merry Wives.”

Ming-Trent draws not just upon the Bardic tradition for his portrayal, but also the loose-limbed physicality of great sitcom stars like Jackie Gleason, Sherman Helmsley and Redd Foxx — and indeed director Saheem Ali’s modern-dress production, set in Harlem and loosely adapted by Jocelyn Bioh, draws richly from the tropes and broad performance styles of small-screen comedies from the ’70s as well as the present. (This show would not feel out of place on the Tyler Perry comedy block on OWN.)

He mugs, he leaps on furniture, he pleads and uses his supple voice to cajole laughter from even the most throwaway lines. Those lines are mostly Shakespeare’s, though Bioh supplements the text with contemporary shout-outs that do not feel entirely out of place. When Falstaff schemes to seduce the wives of two neighborhood bigs, he vows, “I shall hang like LeBron James over the cuckold’s horns.”

“Merry Wives” is one of the Bard’s weaker comedies — centered as it is on a lot of implausible shenanigans (like Falstaff’s preposterous attempts at seduction) as well as over-elaborate plots of vengeance and public shaming (again mostly at Falstaff’s expense).

A whole secondary layer of plotting and mischief centers on finding a suitor for the lovely Anne Page (Abena). Her dad (Kyle Scatliffe) favors the sweet-but-clueless Slender (Joshua Echebiri); her mom (Pascale Armand) is pushing the local doctor (David Ryan Smith), whose foppish effeminacy seems very much a relic of bygone sitcoms. But Anne herself favors Fenton (MaYaa Boateng), who is praised by many as “an honest soul.” 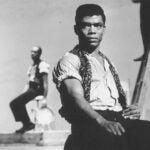 But there’s a kick to see these plots transferred to a Harlem beauty parlor (with an absent-minded hair braider) and the neighborhood laundromat, where Falstaff is stuffed into an oversize laundry basket to avoid detection by the jealous husband of one of his targets. (On other occasion, he’s dressed up — as Ming-Trent puts it — as “Black Dumbledore.”) The performance style can veer into caricature, from Gbenga Akinnagbe’s Mr. Ford hiding his true identity behind a textbook Rastafarian to Smith’s decidedly swishy doctor feigning interest in Anne when his attentions clearly lie elsewhere.

But the broadness has its appeal in making Shakespeare’s comedy seem if not fresh, than familiar to fans of multicamera sitcoms. And there’s an added appeal in Beowulf Boritt’s stunning jewel-box of a set, which transforms itself into multiple settings — and then disappears in the final scenes to reveal Central Park in all its romantic glory.

And returning to the Public’s Delacorte Theater in Central Park is itself a cause for celebration — after a one-year suspension of Shakespeare in the Park last summer due to the pandemic. Drummer Farai Malianaga welcomes audiences back to the space with a call-and-response opening that sets the tone for inclusivity, for diversity and for the tribal feelings of community that great theater can engender.