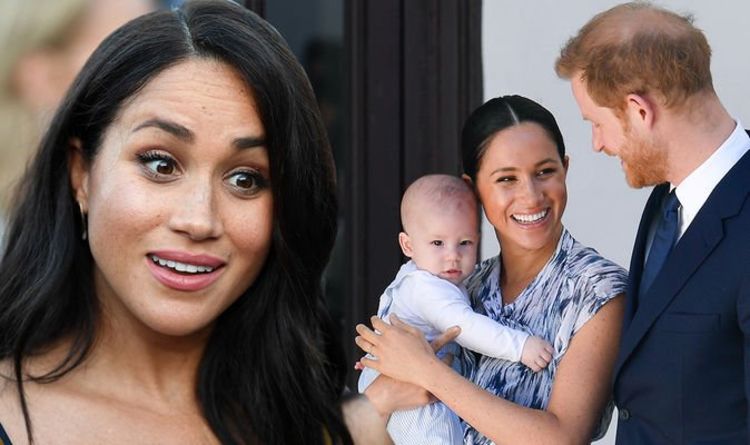 Meghan Markle and Prince Harry are currently a few days into their ten-day royal tour of Southern Africa and yesterday afternoon, Archie Harrison Mountbatten-Windsor made his first official appearance.

The Duke and Duchess of Sussex was seen introducing their son to Archbishop Desmond Tutu, an anti-apartheid campaigner yesterday.

Today Royal Correspondent Katie Nicholl spoke about this moment and the changes Meghan has made in order to present herself and her family in a different light.

During an appearance on ITV’s Lorraine, Katie told the chat show host via a live video link from South Africa: “Who stole the show? It was always going to be Archie!

“I think it’s hugely significant they chose to bring him out to meet Archbishop Desmond Tutu, of course someone who had wonderful relationship with Harry’s mother Diana.

“Tutu looked absolutely overjoyed to meet this beautiful little baby, who we haven’t seen. We haven’t seen anything of Archie really since the day after he was born,” the journalist continued.

“Do you think it’s significant that they decided to show him off in this way not at home but while they are on tour?” Lorraine Kelly asked. 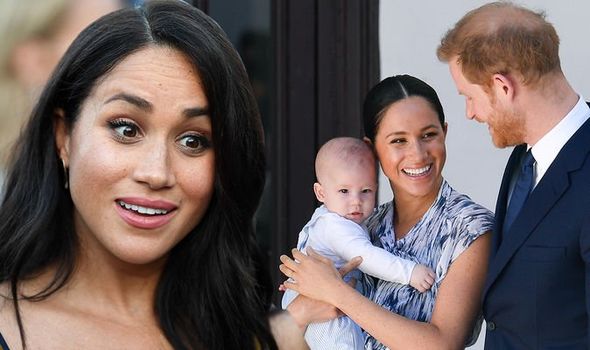 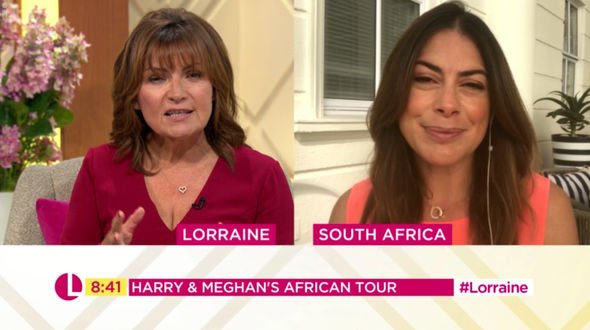 “I think it’s hugely significant. You just mentioned there Harry’s in Botswana today, he talks about the importance of Botswana to him, he calls Africa his second home,” Katie explained.

“So I think it’s completely natural he wanted to bring his family here on their first overseas tour.

“There is precedent in this don’t forget, the first we saw of Prince George really properly after his birth was in New Zealand on a playmate having a play date many many miles from home.

“These royal tours are different and I think you do get to see a different side to the royals.”

Meghan and Harry have attended several engagements together and separately. 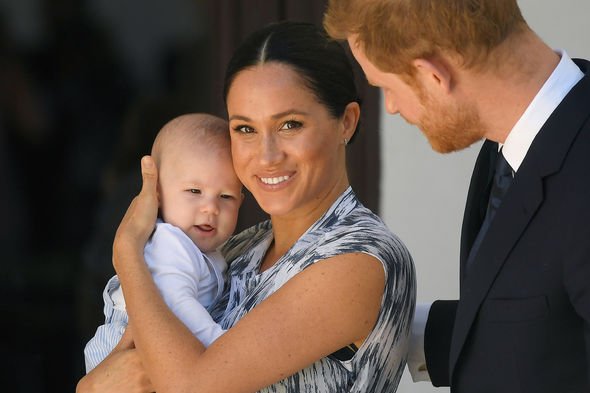 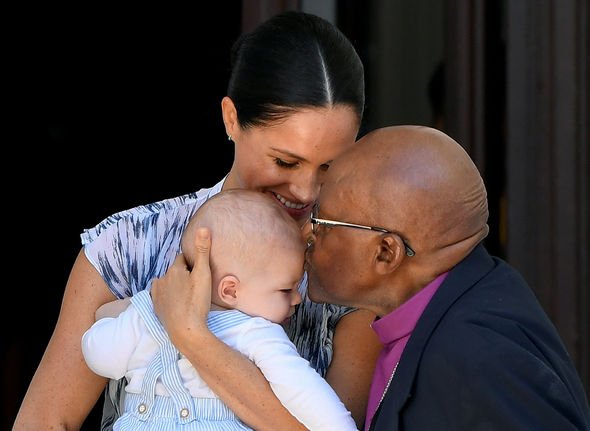 Yesterday afternoon, the Duchess met with female entrepreneurs in Cape Town and spoke to then during an event called Ladies Who Launch.

Alongside this, Meghan met mother sand young children at mothers2mothers, a non-profit organisation which provides support for pregnant women and new mothers living with HIV.

She was seen encouraging the mothers to join her on the play mat so she should engage with their children.

Lorraine commented on this and said: “Good to see Meghan, she really looks in her element, turned it round, this is where she shines.”

“The first thing I noticed on the ground here in Cape Town, her image, clothes have been recycled, ones she’s worn before,” Katie revealed.

“This is a woman who has the reputation of the ‘Designer Duchess’. She wasn’t wearing her engagement ring, doesn’t want to be seen as too flash.

“The mothers2mothers charity, she came out with bags of Archie’s clothes that don’t fit him anymore and toys and she gave these things from her home to these women in Africa.

“At one point during that engagement she got down on the mat and sat with these mothers and played with the children,” she continued.

“It couldn’t have been a more stark contrast to the negative headlines, has she swung it round? Are people seeing a different side to Meghan?

“Absolutely and make no mistake, the couple knew this was an important tour. 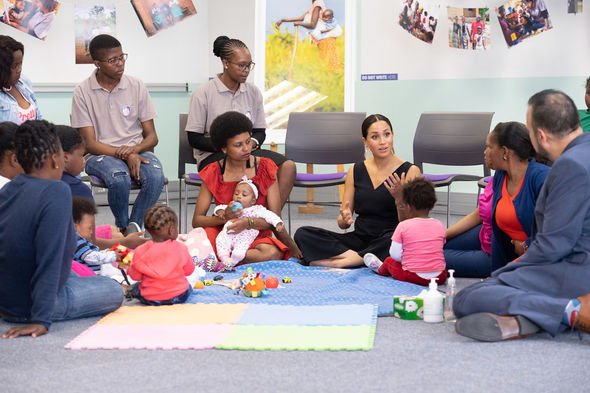 “They’ve got an entourage of 13 people out here including one person who is solely in charge of social media. They know how important a good public image is at this time,” Katie concluded.

Today, Prince Harry will join schoolchildren at the Chobe Forest Tree Reserve in Botswana for some tree planting.

He will then pay a visit to a local project run by his charity Sentebale, while later on in the day he will dedicate an area of forest to the Queen’s Commonwealth Canopy.

Finally he will depart for Angola where he will spend the evening at a new HALO Trust de-mining camp.

As for Meghan’s itinerary, she will spend part of the day in a private “Woman in Public Service” breakfast at the High Commission in Cape Town.

Lorraine airs weekday mornings at 8:25am on ITV.