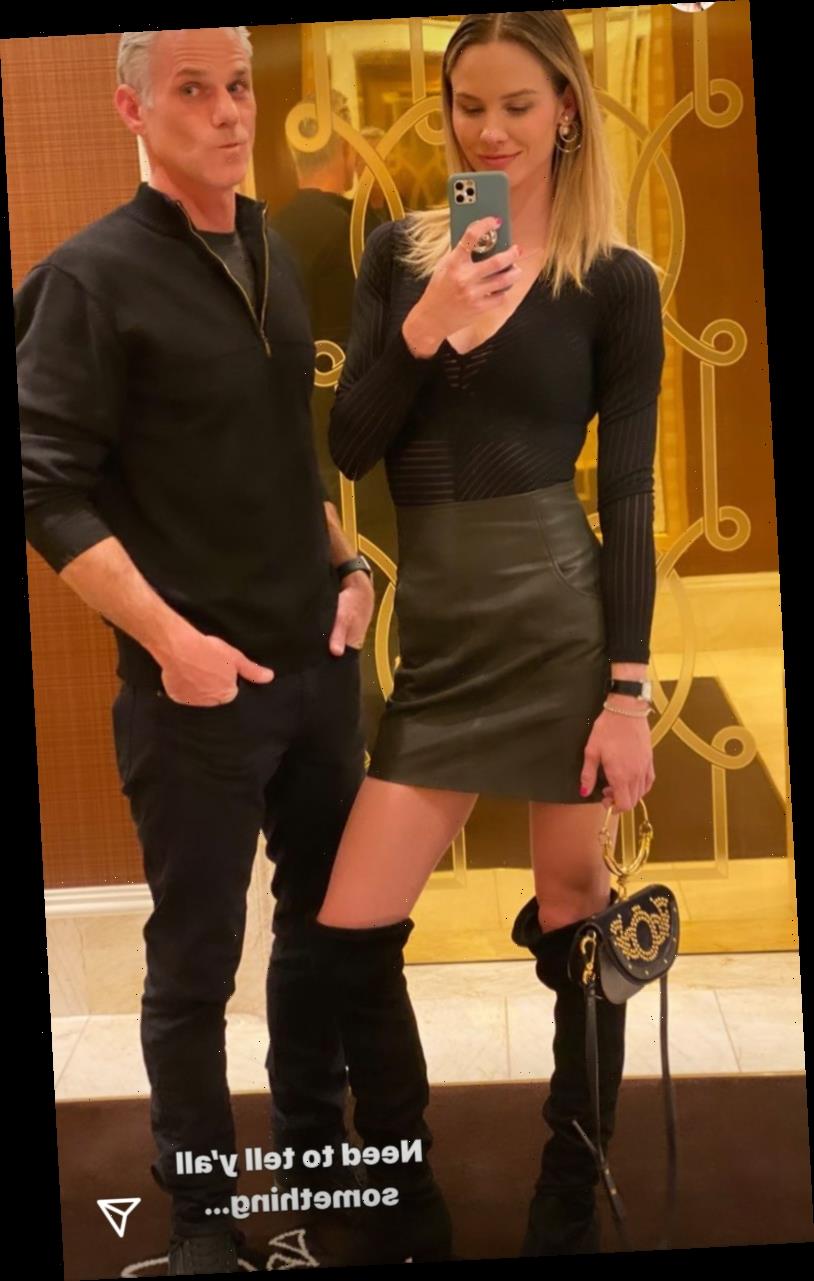 Meghan King is moving on.

Less than two months after announcing her split from ex-boyfriend Christian Schauf, the former Real Housewives of Orange County star, 36, introduced fans to her new boyfriend, Will Roos.

"Need to tell y'all something…," the mom of three wrote alongside a photo of the pair posing together for a mirror selfie.

"Meet my friend @willroos. We have been friends for a year," she wrote in another post, before detailing their entire story in a series of Instagram Story posts.

"We met as a love interest and that fizzled into friends. Obviously now that designation has shifted," King explained. "Welp, now here we are. Sometimes funny things happen in a funny way." King went on to let her followers know they'll likely be seeing a lot of her "friend-turned-boyfriend" in the future.

"I'll keep you posted if there's anything worth mentioning. Basically I'm probs gonna overload you with my friend-turned-boyfriend and I can't believe I'm saying this…but I am. And it happened so unexpectedly." she wrote.

"For now, we're just friends. And by 'friends' I mean super close besties who also kiss and hug," the former Bravo star continued. "Ok, so I don't mean 'friends' at all. Life is funny." Reflecting on how much has changed since they first met, King shared a photo of the pair together last year, which she said was taken on their "second date."

"I wish things could've been different in many ways but alas, things are the way they are," she wrote in a blog post of her time with Schauf, adding that the breakup was completely amicable. "You see, a beautiful love can exist – and then cease to exist – after a terrible storm and things can still be okay."

King went on to share that he had "reawakened" her "dormant adventurous spirit" following her split over a year ago from estranged husband Jim Edmonds, with whom she shares three children. The pair are in the process of finalizing their divorce.

"This is life, these things happen.  So I put on my big girl pants, take a deep breath, take a little time to mourn, take a lot of a time to reflect, and take forever to smile back on a beautiful experience of growth," she continued. "I'm just getting started."