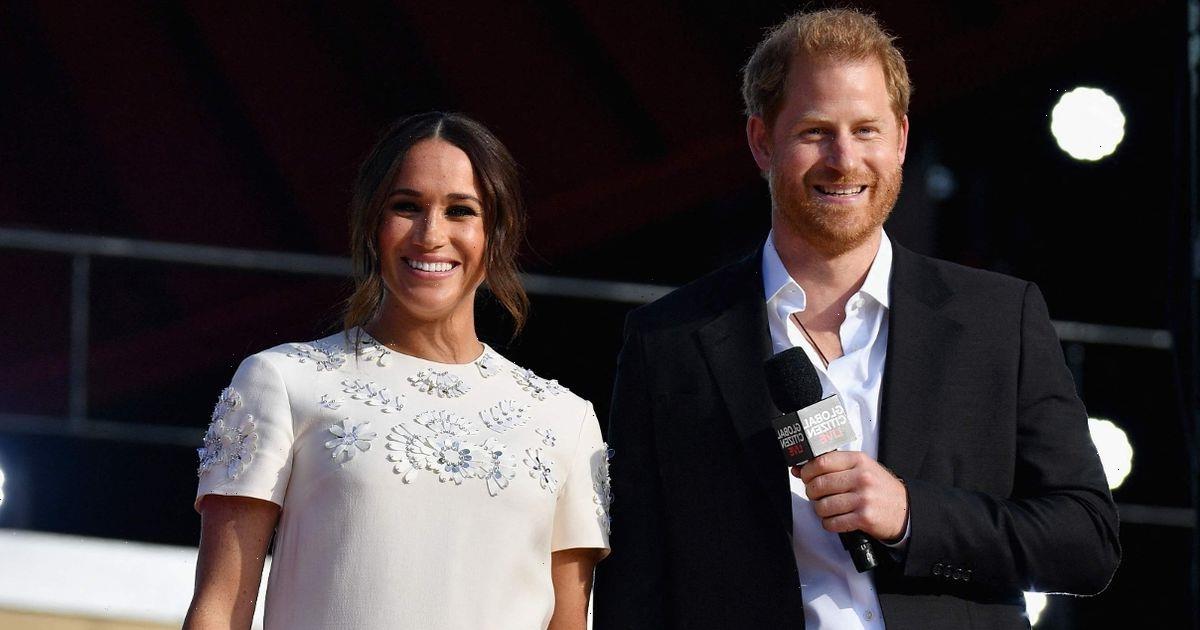 Meghan Markle and her husband Prince Harry recently stepped out in New York, with the eyes of the world on the couple during their first major outing since Megxit.

The Duke and Duchess of Sussex made the controversial decision to step down as senior working royals in January 2020, a move that hadn't been seen since Harry's great-uncle, King Edward VIII in 1936.

Harry, 37, and Meghan, 40, announced that they would be living a financially independent lifestyle in America and would stop using their HRH titles.

However, the couple shocked people when they visited New York, meeting dignitaries such as Mayor Bill de Blasio.

Some noticed that during the trip, Harry and Meghan were snapped with microphone packs attached to them, suggesting that their visit would be documented in some way.

During an appearance on today's episode of Lorraine, showbiz expert Ross King claimed Meghan and Harry could be starring in a documentary.

He said: "I think it's pretty full-on, isn't it and if you look at some of the pictures and the footage, you can see there was a cameraman following them around.

"You can also see that they had microphones discreetly put around their body, so I think it's pretty much the case that there is some fly on the wall documentary happening."

Ross added: "They've been filming for it on their various journeys."

Responding to Ross, Lorraine said: "Ah, they've got that big deal, haven't they? So they have to do something with that deal, with Netflix."

The Duke and Duchess of Sussex signed a deal worth an estimated £112 million with Netflix that will see the couple working behind the camera, producing movies, television shows and documentaries.

During their visit to New York, Meghan and Harry paid their respects to the victims of the 9/11 attack as they visited the World Trade Centre before a series of engagements.

Page Six reports that as part of their trip, they were accompanied by their own videographer and their own photographer.

The former military serviceman was spotted with a microphone pack clipped to his trousers during a visit to Harlem's soul food eatery, Melba Friday, as well as having a wire around his neck.

Sources close to the couple claim that Meghan and Harry have been collecting footage for the archives of their Archewell Foundation.

However, according to Page Six, one of the first things they ever discussed with Netflix before signing a multi-million-pound deal last year, was making a documentary about their lives.