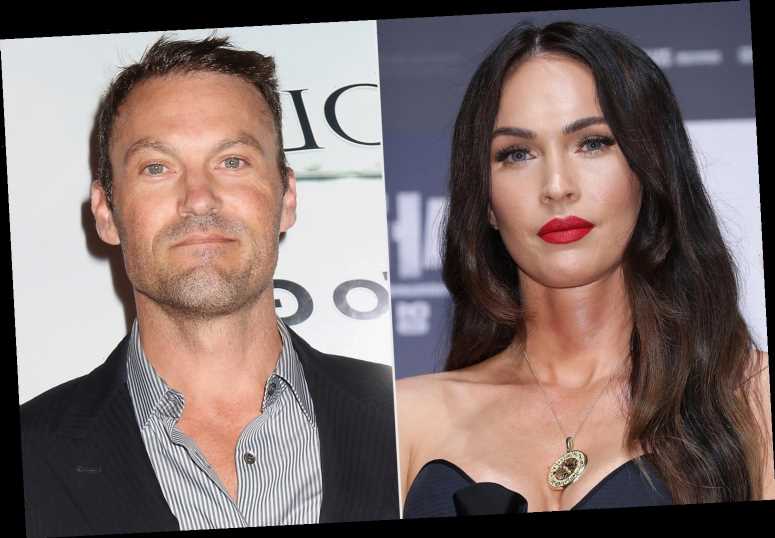 Megan Fox is once again taking the legal step to end her marriage to Brian Austin Green.

The actress's filing comes one day before Thanksgiving and three days after she made her red carpet debut with boyfriend Machine Gun Kelly at the 2020 American Music Awards on Sunday.

Representatives for Fox and Green did not immediately respond to PEOPLE's request for comment.

Green confirmed the two had separated in May after Fox was spotted spending time with the rapper, born Colson Baker. Green and Fox first met on the set of Hope & Faith in 2004, when the actress was 18 and Green was 30. They dated for about two years and initially got engaged in November 2006 before calling it off in February 2009. They got engaged again over a year later and tied the knot soon after in 2010.

Five years after their nuptials, the couple hit another bump, separating after Fox initially filed for divorce. At the time, the two announced they were having a third child together — and reconciled the following year.

The new divorce petition comes a year and a half after Fox filed to dismiss the original one in April 2019.

Fox has since started dating Kelly, 30, who she co-starred with in the upcoming film Midnight in the Switchgrass. On his podcast, Green said their split came after Fox returned to their California home following months apart as she filmed the movie abroad with Kelly.

Though their split seemed amicable at first, the two have since clashed on social media, with a source telling PEOPLE they've been at odds for some time. "They are struggling to get along and have been for a while," a source close to Fox tells PEOPLE.

A source close to Green said the actor is having a hard time with Fox's new relationship with Kelly.

"It's a tough situation. As a dad, Brian is great. He is wonderful with the boys," the source says. "The issue is that he is bitter that Megan moved on so quickly with Machine Gun Kelly. It's been very hard for him. His behavior can be pretty immature when it comes to Megan though. He knows how to get Megan upset. In the past, he was advised to chill out and just focus on doing the right thing for the boys."