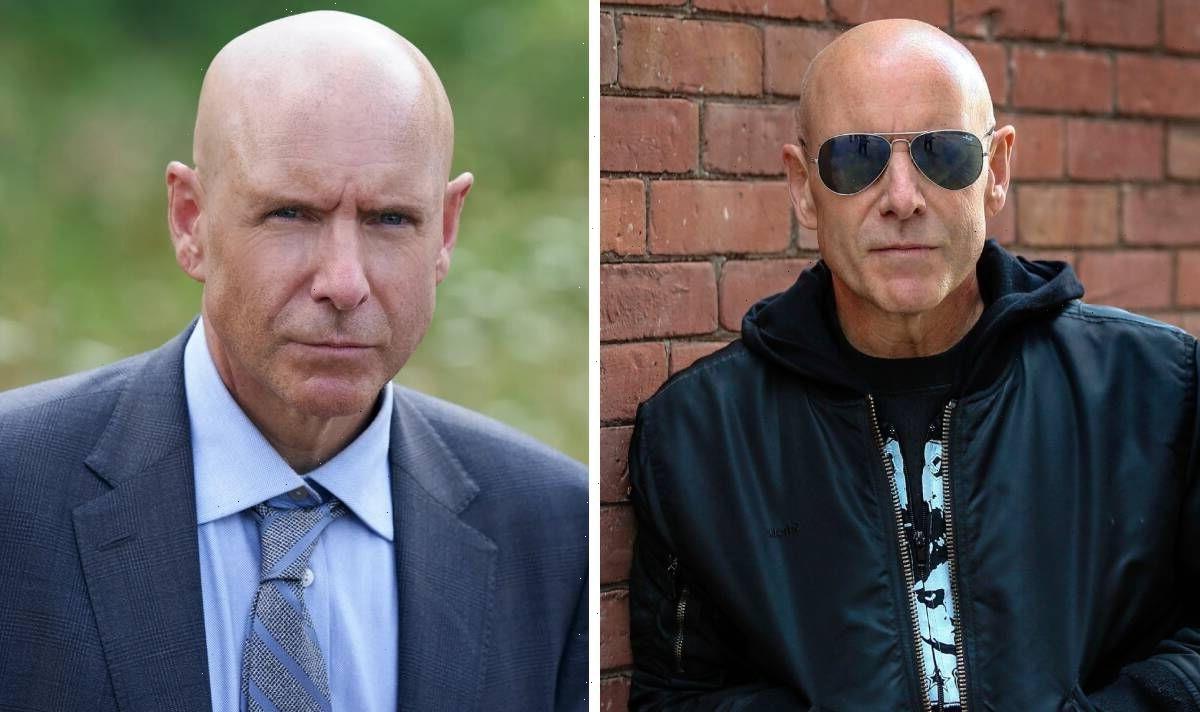 Mayor of Kingstown comes from the minds of Hugh Dillon and Yellowstone creator Taylor Sheridan, having first made its debut last year. The Paramount+ series was quickly renewed for season two which fans cannot wait to get their teeth into at the weekend. Years before Mayor of Kingstown came to fruition though, Dillon lived a very different lifestyle.

WARNING: This article contains spoilers from Mayor of Kingstown.

Mayor of Kingstown is set in the Canadian town where Kingston Penitentiary in Ontario is at the heart of it all with Mike McLuskey (played by Jeremy Renner) acting as the go-between for the cops and prisoners.

Creator Dillon grew up in the town and knew one day that he would love to see Kingstown brought to life either in a movie or TV format.

But before he started working on pursuing his dream, the 59-year-old had to fight his own personal battles.

For years, Dillon had a heroin addiction until his parents pushed him to leave the town to start afresh.

Dillon said opening up to Express.co.uk: “At one point I was living in England because I had to leave the country because I was involved in drugs and guns and it was 1981 and I moved to Brixton.

“My parents said, ‘Where do you want to go?’ and I always loved music and culture, loved the Pistols and The Clash and said, I don’t know, London.”

He once again found himself getting into trouble in the UK, stating that he was getting arrested and attending Marylebone Court on more than one occasion.

Despite his life of crime following him to London, Dillon did find his first passion while living here.

He continued: “I was going down the wrong path there as well but I also started writing songs and squatting and playing them on the street to make money.

“And it was songwriting that I discovered and you can tell very quickly if people don’t want to hear your music and I found that I was good at it.

“After a while, it’s brutal, coming close to living on the street.

“There was no hot water and things like that and at the time, the television ended at 11 so it was time to go home. “

The Mayor of Kingstown creator went to Toronto and started working at a hospital, performing songs for sick children for several years.

Eventually, Dillon got a record deal which saw the start of his punk rock band Headstones.

Over the years, Headstones has had a string of hits as well as global recognition, having won nominations for Best Group and Best Rock Album at the Juno Awards.

Of course, this was only the start for Dillon who went on to pursue screenwriting once he met his acting coach and future writing partner Taylor Sheridan.

At the end of Mayor of Kingstown season one, the prisoners went on a rampage, causing chaos for everyone at the facility.

Ian Ferguson (Hugh Dillon) and Kyle McLuskey (Taylor Handley) escaped the madness by hiding in the sewers and waiting for back-up.

But will they receive help in time before some of the vengeful inmates discover them?

Mayor of Kingstown returns on Sunday, January 15, on Paramount+.