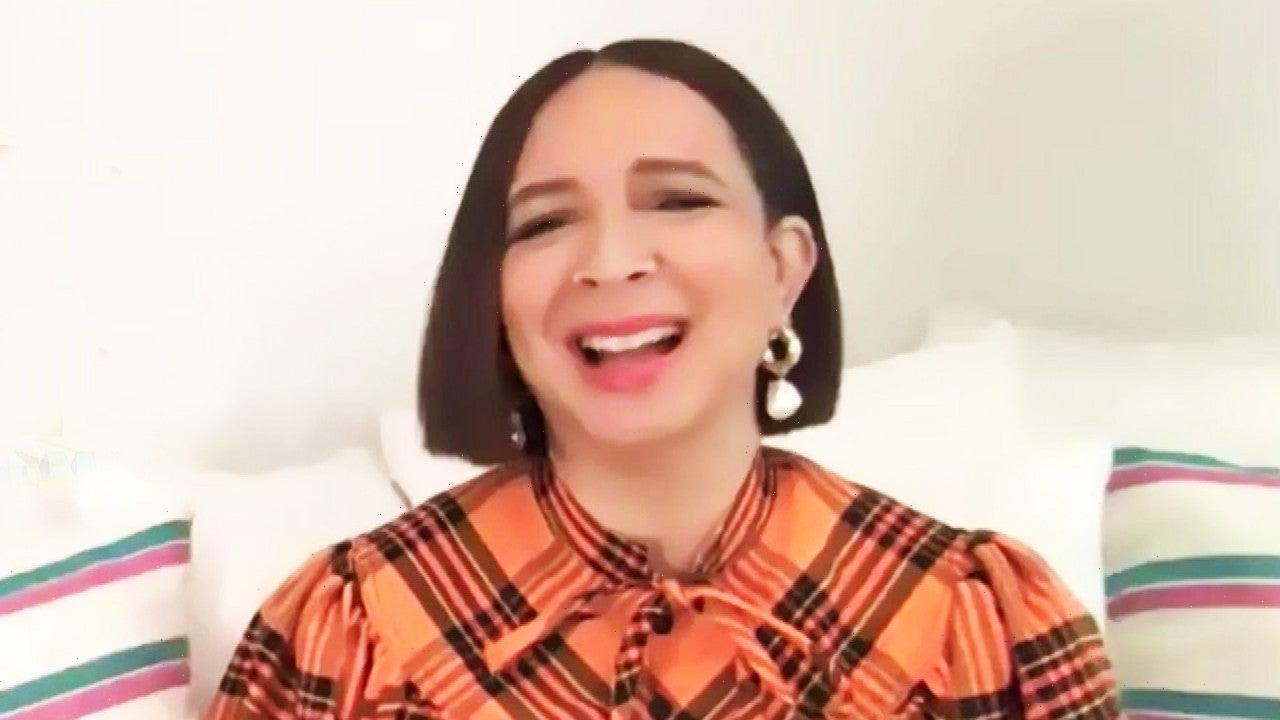 Maya Rudolph is “down” to reunite her Bridesmaids crew. The actress reflects on the iconic comedy and her favorite scene, as it comes up on its 10-year anniversary.

“Favorite, well we were all at the place with the bridal shower with the cookie and the puppies, we were there for like a week,” Rudolph tells ET’s Lauren Zima during the The Mitchells vs. The Machines press day. “And having puppies for a week that are not yours is really fun. I remember that just being sort of a place of goofiness.”

“So originally there was a whole sequence where we went to Vegas and there was a stripper scene that got [cut],” she adds. “But we prepared for the movie by going to a male stripper club, which I had never been to and haven’t been to since. But that was pretty delightful. What great character research. ‘Character research.’ It was delightful. And I will never forget it for as long as I live.”

Bridesmaids premiered on April 28, 2011 and co-starred Kristen Wiig, Rose Byrne, Melissa McCarthy, Wendi McLendon-Covey and Ellie Kemper. As for getting a sequel in the works, the Saturday Night Live alum has some ideas.

“Well I guess it wouldn’t be called Bridesmaids, it would be called Old Ladies or something,” he says. “I’d be down.”

While there may not be a Bridesmaids sequel in the near future, fans can see Rudolph fighting the robot apocalypse in the family friends Netflix movie, The Mitchells Vs. The Machines. The actress voices mom, Linda, as her family attempts to save the world. She’s joined by her SNL pal Beck Bennett who voices an evil robot, while comedian Abbi Jacobson is Rudolph’s daughter, Katie.

As for how they would handle a real robot apocalypse, Jacobson says, “Incredibly,” calling herself “scrappy” and “maybe would survive in the shadows.” Bennett would “panic,” while Rudolph would be “unpanicky.”

“I was gonna say unpanicky and then I really lost the plot there,” she jokes. “I was gonna say I’ve been in situations where you shouldn’t panic and I’ve proven to myself that I can focus, I can do what I need to do and get to the finish line. I was pretty proud of myself, so yeah, I can unpanic.”

The trio also shares that this movie is great for the whole family, “so funny” and “the cast is incredible.”

“It’s funny, I cried in the end, so it’s a rollercoaster of emotion, and also the animation style,” Jacobson praises. “It does feel like a new version of animation…I think it has everything for the entire family.”

The Mitchells vs. The Machines drops on Netflix on April 30.