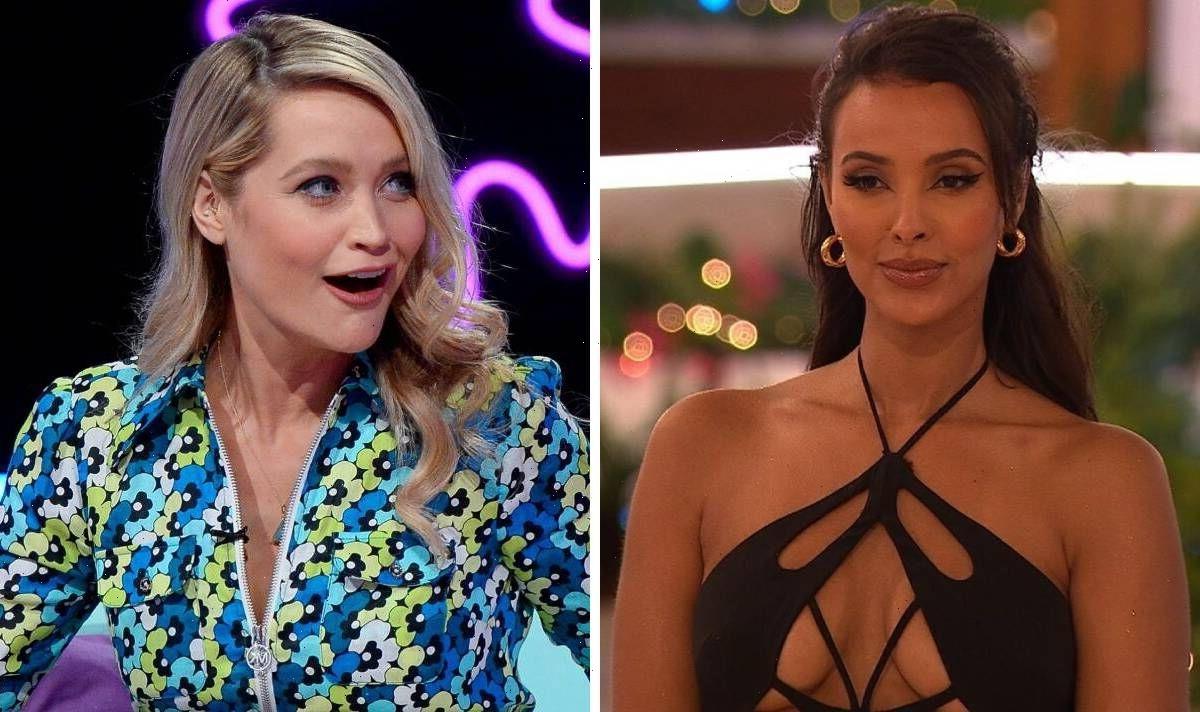 Maya Jama is a radio and television presenter as well as DJ who has since added Love Island star to her string of credentials. She replaced Irish host Laura Whitmore for the winter edition of the ITV dating show after she quit the series last year. Despite the singletons still getting used to their new luxurious surroundings, Jama has unexpectedly been making more of a regular appearance.

Love Island is currently airing its second-ever winter edition with the show usually filmed in Majorca during the summer months.

But in a bid to put an end to the January Blues, one of the most romantic and dramatic shows on TV is back.

When the show was relaunched in 2015, the late Caroline Flack was the presenter for the first five seasons.

Whitmore then took over the presenting duties for three series before quitting last year.

Now, it’s Jama’s turn to guide the contestants through recouplings and new bombshells walking into the Cape Town villa.

According to The Sun, after four episodes, Jama has featured in Love Island for 19 minutes and 55 seconds.

At the same point during the latest series, Whitmore had been in just 13 minutes and 26 seconds, with her replacement getting almost seven minutes more of air time.

After filming the first episode, the 28-year-old flew back to London to present the spin-off series Aftersun but is expected to be making more frequent visits to the villa.

Express.co.uk has approached ITV for comment regarding Jama having more air time than her predecessor Whitmore.

For years, there has been debate over how often the hosts are actually seen on screen.

When Jama made two appearances in one episode, even narrator and Whitmore’s husband Iain Stirling poked fun at her return.

He said: “She could’ve just sent a text, but we wanted to get our money’s worth out of that return flight to Cape Town.”

A TV source from The Sun also pointed out how Jama had already been in Love Island more than Whitmore was for a lot of the previous series.

They said: “For whatever reason, viewers always note how often Love Island’s host appears and for how long.

“Laura really came under scrutiny because, during the first four weeks of series eight last year, she only featured for that 13 minutes.

“Of course, it remains to be seen how often producers will call on Maya, but so far viewers seem thrilled by the extra airtime for the host.”

While Whitmore didn’t feature regularly in the show, fans were saddened to see her leave.

The 37-year-old presenter chose to quit Love Island as the travelling became a struggle for her as a new mum.

Taking to Instagram at the time, she said: “There are certain elements of the show I’ve found very difficult that cannot be changed, some due to the format, including the flying back and forth to South Africa along with my new conflicting projects.

“I wish it was still possible but know you’ll be in safe hands.”

Love Island is available to watch Sunday to Friday at 9pm on ITV2.