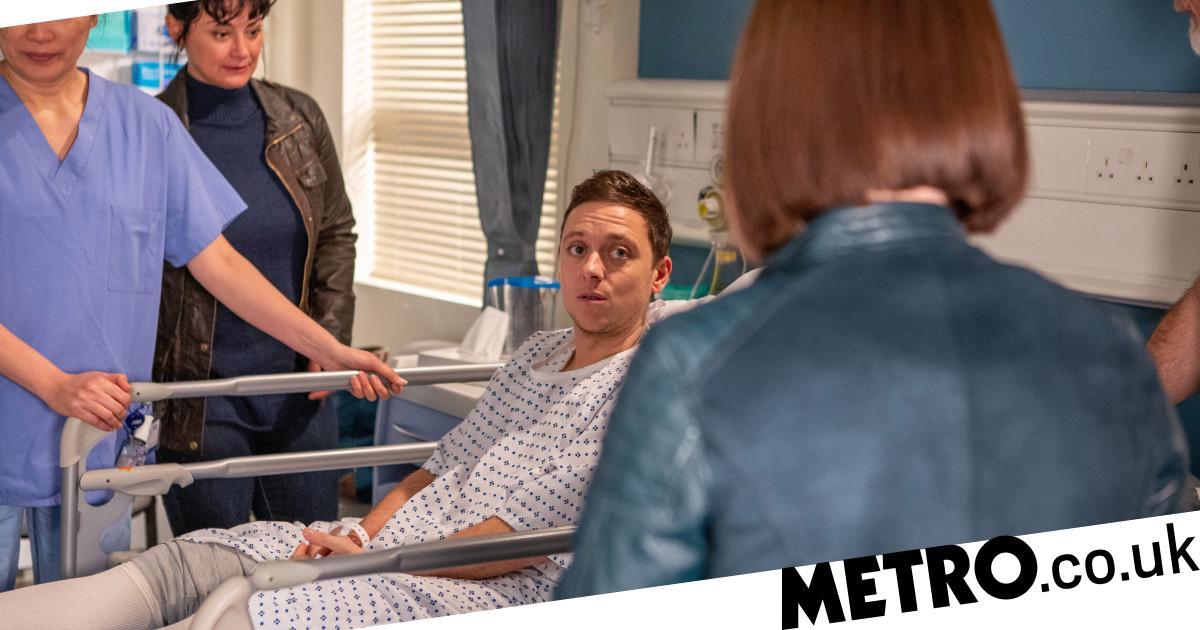 Matty Barton’s desperation to fit in is set to lead to him going too far in dramatic Emmerdale scenes as he is led astray by two so-called friends called Ste and Jonno. But how deep will Matty get into trouble – and will he find himself isolated from the village as a result of his rash and offensive actions?

Actor Ash Palmisciano told Metro.co.uk: ‘Basically, Matty is still trying to settle in to the village, he’s feeling more like himself and he’s feeling pretty great, and then what happens is that as he’s playing football, he’s picked last a lot of the time, he’s left out by the other lads, and then he learns that Victoria is leaving for Cornwall and he’s pretty upset about it. So he just feels not good enough, basically.

‘And he meets some lads who are playing in a team against him, called Steve and Jonno, and they’re pretty bad boys really. And Ash feels that in order for him to be respected by the other lads, for him to be a “proper man”, he has to be like this – he has to be like one of those guys. And he goes on a bit of a mission. It taps into the whole toxic masculinity thing. Matty feels as those he has to be more like them in order to fit in. Basically he’s going though it a little bit late in life – something that most lads go through at about 12 or 13 – trying to figure out how to act with the lads. It’s definitely a side to him that we haven’t seen before.’

As Matty gives in to peer pressure in order to try and impress his dodgy new mates, his behaviour will spiral out of control.

Ash explained: ‘He does a lot of things out of character. Talking disrespectfully to women. Getting into fights. Alienating himself and not talking about his emotions. Getting into a bit of a tricky place with Dan. Also, this is a bit of an issue with having Cain as a role model. He’s the big man who sorts everything out, and so Matty feels that how he ought to behave.

‘In Matty’s head he thinks it’s all going well – he thinks he’s doing the right thing knocking around with these guys, but actually they’re taking him for a bit of a ride, and that’s the really sad thing about it. He thinks he’s got mates, but actually they’re just taking the mick out of him. They’re bullies, really. They’re using him to get what they want, and they eventually use him to help them break in to Butler’s Farm.

‘He does take it to a point where he’s a bit out of control.’

Thankfully, with people such as Pete, Billy, Ellis and Victoria warning him about his actions and a new friendship with Ryan, Matty will be pulled back from the edge and Ash is hopeful that the situation will provide some lessons and growth for his character.

He mused: ‘I think it will be beneficial in the long run, because now he knows it’s okay to be different. And he has this beautiful friendship with Ryan where they can both say “Do you know? You don’t have to be like everyone else.” So I think he’ll be his own person after what, and we’ll finally see the real Matty, which I very excited about.’