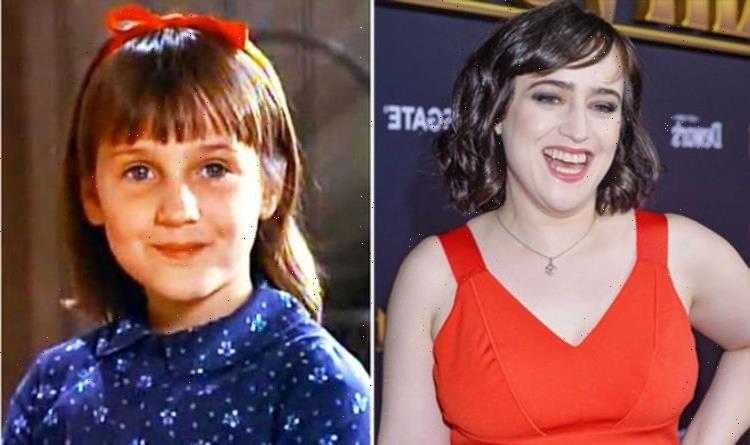 She was one of the biggest film stars in the world before she was ten, but her teenage years were not so much fun. Wilson reveals: “I would look at Keira (Knightley) — who is two years older than me — in magazines and think, ‘There’s no way I’m going to be as hot as her in two years. Things will have barely changed.’ I felt — and sometimes I still feel this way — I felt upset when I would meet people, because they seemed disappointed that I wasn’t cute.” Facing the end of her career before she had even left school, the young actress says she knew she only had three options.

Wilson’s new autobiography, Where Am I Now: True Stories of Girlhood and Accidental Fame, is the ultimate cautionary tale of what all too often happens to child stars.

She says: “As I saw it, when it came to careers, I had three choices: get cosmetic surgery and go out on auditions for the cute and funny best friend characters, stay the way I was and go out for the meagre character actor roles for young women, or accept myself and give up the idea of a Hollywood film acting career. When you see that somebody’s last credit is Thomas and the Magic Railroad when they’re an awkward 12-year-old, you’re, like, ‘Oh, how sad.’”

Her childhood rise to fame had been swift and spectacular. After appearing in numerous commercials from the age of five, she landed her first major role opposite Robin Williams in the 1993 comedy film Mrs. Doubtfire playing adorable moppet Natalie Hillard. The following year, she appeared in the remake of Miracle on 34th Street playing the little girl who believes in Father Christmas, played by Richard Attenborough.

From there she landed a recurring role on Melrose Place and in 1995 sang Make ‘Em Laugh at the 67th Academy Awards broadcast, alongside Tim Curry and Kathy Najimy. The same year she was named the ShoWest Young Star of the Year. She was still only eight.

In 1996 she was picked by actor/director Danny de Vito to play the lead in his Matilda adaptation – a role with which she remains indelibly associated to this day. It was the peak of her film career and also the start the end.

Wilson’s preternatural poise and maturity set her apart from many other child actors and her parents also worked hard to keep her feet firmly on the ground, although her mother, who served as her manager, died from cancer when Wilson was just 8.

Bonnie Liedtke, who was Wilson’s agent for 10 years and also represented Leonardo DiCaprio and Zac Efron when they were child stars says: “Her mom treated her so differently than most of these kids’ moms. We were on a set in Chicago once, and she needed to go to the ladies room. They radioed in two Ads (assistant directors) to escort her, and Mara’s mother screamed at them, ‘She’s just going to the restroom! She needs to be a normal kid!’ She made sure she kept it as humble and normal as possible, and Mara was able to hold on to that.”

After Matilda, a few forgettable roles followed, but Wilson increasingly lost auditions to other young rising stars like Lindsay Lohan for The Parent Trap. By 2000, she made the extraordinary decision to retire from acting on screen, and did not return for twelve years.

At the same time as figuring out her career, Mara was also examining her own sexuality.

“It wasn’t until I was well into my 20s that I was, like, ‘I’m going to need to face the fact that I definitely had a crush with Lucy Liu when I was on a sitcom (1996’s short-lived Pearl)with her.’”

“I’m not just attracted to one gender. I’m attracted to men, women — some people who don’t really consider themselves either.

“I think that it kind of explains some things about me — just puts them into perspective. That I used to pretend to be a carpenter in kindergarten. That one day I was really sad that Lucy Liu didn’t show up to set because she had food poisoning.”

Wilson took on occasional stage roles and often appeared as herself on various web series from 2012. She also made a couple of brief returns to the screen, including a cameo in 2016 on sitcom Broad City and voice work on animated shows BoJack Horseman and Big Hero 6.

In her autobiography, she finally set the record straight about her extraordinary life and disappearance from view: “You don’t know what happens between those IMDB entries. I knew there were people who felt sorry for me and people who were making up stories about me. I think I wanted to reclaim that narrative.”

She described how her birthday wish at 13 was “to have a day off” and the unimaginable distress of realising at that age that she “wasn’t pretty enough” to continue in her chosen career. How many young girls have to deal with that?

Today she writes her own blog, opinion pieces for the likes of Elle and The New York Times, campaigns for mental health and educates about LGBTQI issues.