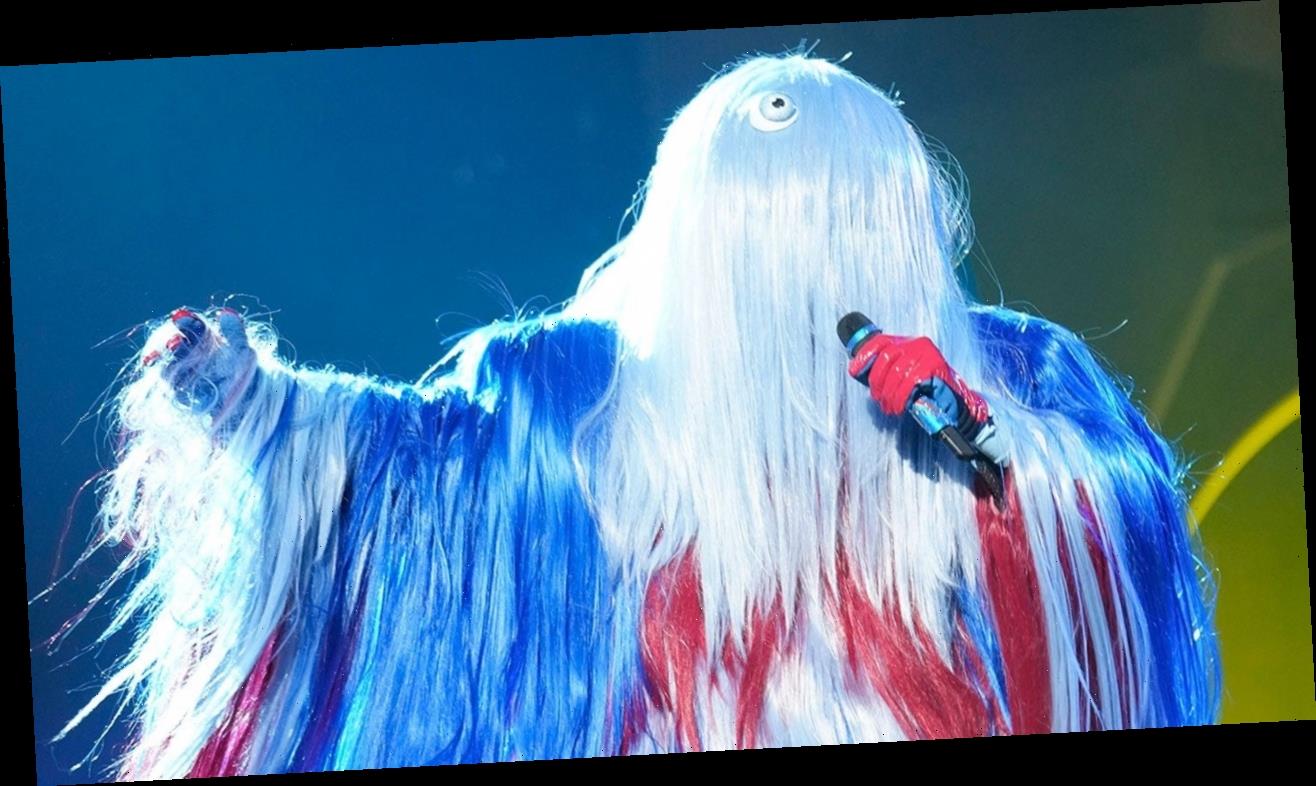 The Masked Singer returned for its eighth week of competition on Wednesday, and after four impressive performances, fans had to say goodbye to not one but two contestants in the season’s first double elimination!

The wonderfully wacky show brought back the remaining costumed contestants from Group B — The Seahorse, The Crocodile, Whatchamacallit and The Serpent — and pitted them against one another in a vocal showcase showdown for two spots in the Super Six.

After all the performances were delivered and audience votes were counted, The Seahorse was the first contestant that host Nick Cannon revealed would be moving on — and her flawless performance of Britney Spears’ “… Baby One More Time,” really earned her the spot.

This meant it all came down to Whatchamacallit, The Crocodile and The Serpent. Despite a valiant effort by Whatchamacallit — who performed a cover of “Lean Back” by Terror Squad, featuring Fat Joe and Remy Ma — the votes didn’t fall in his favor.

This meant Whatchamacallit’s Masked Singer journey had to come to an end. However, the panel of celebrity “detectives” — including Robin Thicke, Nicole Scherzinger, Ken Jeong, and Jenny McCarthy, along with guest panelist Cheryl Hines — first tried to make their best guesses as to who was under the furry ensemble.

Cannon read out each of the panelists’ “First Impression Guesses,” which they submitted back when Group B first performed weeks ago, and gave the panelists a chance to change their final guesses, which all of them did.

When Whatchamacallit was unmasked, he revealed himself to be none other than Lonzo Ball! Apparently, Jeong’s intuition was right this time around.

“I love music, I love performing, so this kind of brought it all together,” he shared. “And I knew my mom watches this show, so this’ll put a smile on her face.”

When Cannon asked what he enjoyed most about the experience, he said, “The best part is coming out here and doing what I love to do without anyone judging me.”

With the first elimination done, the whole show came down to The Crocodile and The Serpent — both of whom delivered solid performances. The Crocodile delivered an emotional cover of Leona Lewis’ “Bleeding Love,” while The Serpent wowed the panel with a rendition of the Jonas Brothers’ hit “Cool.”

While it might have been a close call, The Crocodile earned a spot in the Super Six, meaning The Serpent’s time had slithered to an end.

The panel’s final guesses were really all over the place, and ranged from Daveed Diggs to Donald Faison. However, it was Scherzinger’s surprising guess that caught people’s attention. She suggested that it could be Dr. Elvis Francois — a surgeon who gained viral fame earlier this year with an emotional cover of “Imagine” that was posted online.

As it turns out, Scherzinger was spot on and the Serpent gleefully revealed himself to be none other than Dr. Francois.

“This was unbelievable. It’s a once-in-a-lifetime situation,” Dr. Francois shared with a smile. “It’s very different from what I do on a day-to-day basis, but something that I’ll never forget for the rest of my life.”

Surprisingly, Jeong was overcome with emotion and actually fought back tears as he thanked the doctor for his videos, which he said helped him emotionally cope with the pandemic and quarantine.

“Your version of ‘Imagine’ got us through the pandemic,” Jeong said, as his voice cracked. “That living room concert you did on Fox, that was the first time we saw you. And in a concert of stars — it was Elton John, Billy Joel, everybody — the best moment of that living room concert, um, was you.”

“I told my wife, who’s also a doctor, ‘You know, that’s what a real doctor does, man,'” Jeong continued. “He’s an orthopedic surgeon. I was a generalist. This guy is smarter than any doctor on the planet, and there’s just truly no one more talented than him. And I’m crying because I’m jealous that you’re more talented than me.”

It was a genuinely sweet moment of love and appreciation that showed just how much of a wild roller coaster The Masked Singer can be.

If you’re trying to crack the mystery of the costumed contestants like the rest of America, check out our running list of spoilers, hints and best guesses, where we break down all the clue packages and make wild (surprisingly accurate) predictions about the singers’ secret identities.

The Masked Singer airs Wednesdays at 8 p.m. ET/PT on Fox!

For more on this exciting season of The Masked Singer, check out the video below!