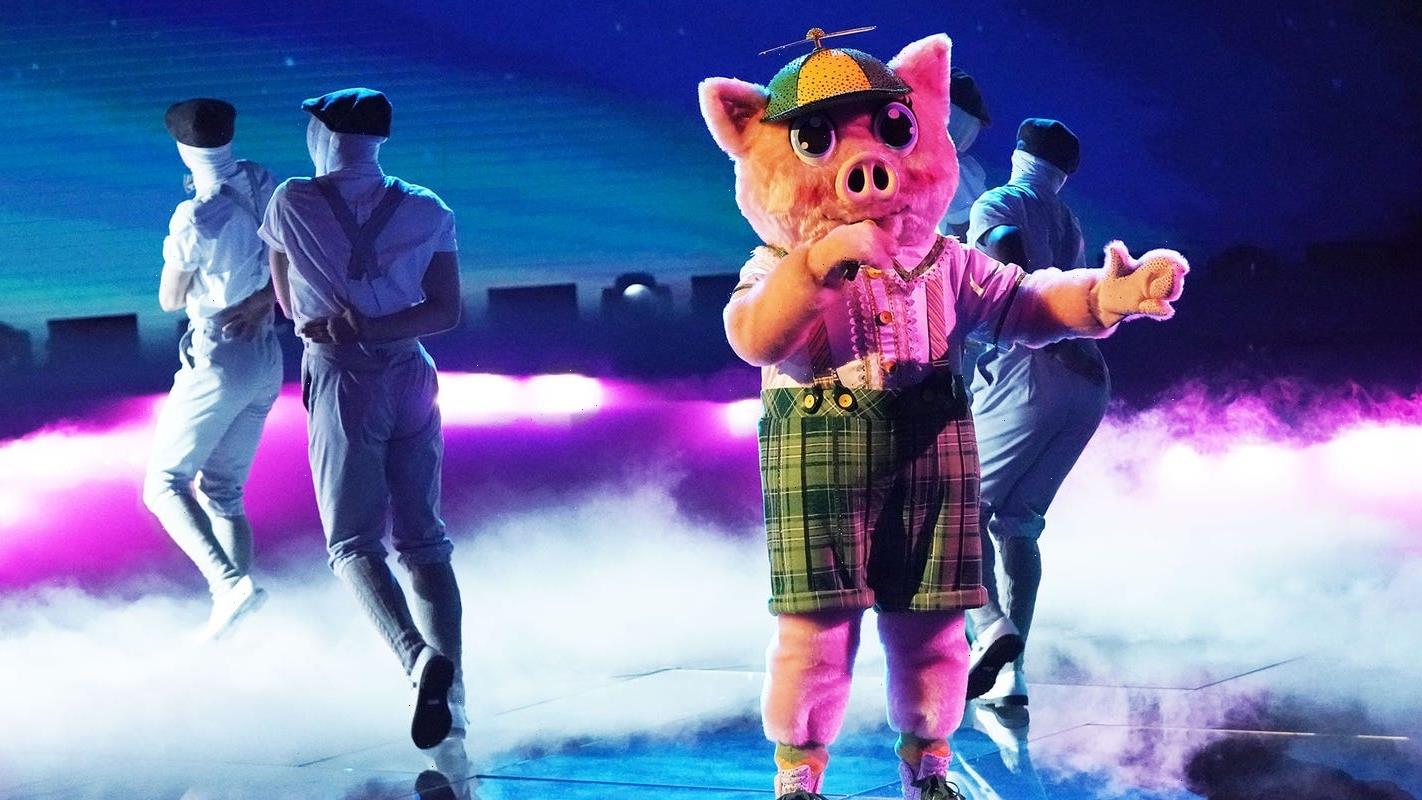 Spoiler alert! The following contains details from the May 26 finale of Fox’s “The Masked Singer,” including the identity of the unmasked celebrities.

That’s all folks! “The Masked Singer” crowned its Season 5 winner Wednesday with the help of last season’s victor. Season 4 bright spot, Grammy winner LeAnn Rimes who clenched the Golden Mask Trophy as Sun, appeared as a guest panelist for the finale. She also helped open the show, performing her song “How Do I Live” with the current season’s finalists Black Swan, Chameleon and Piglet.

How did Rimes fare on the other side of the panel’s table? And who, out of the show’s sleuths – Ken Jeong, Jenny McCarthy, Nicole Scherzinger and Robin Thicke – won the Golden Ear trophy (the award handed out to the panelist who most-often identified the masked celebrity in their first impression guesses)?

Here’s how the finale played out.

‘The Masked Singer’: Yeti iced out of finals, Cluedle-Doo unmasked in double-reveal show

The family man said “The Masked Singer” was a favorite to view with his son in his final clue package. Chameleon also said he wanted to go all the way in the competition, in order to be the first rap-only artist to win.

The live lizard transformed the studio stage into a “Gangsta’s Paradise” when he performed the Coolio track, featuring L.V. The judges guesses for the finalists were withheld until the results portion of the program.

Black Swan surprised herself with how far she’s gotten in the competition. “I honestly did not come in thinking about winning,” she said in her clue package, “partly because of my stage fright, which might be surprising because I was known around the world before I got my driver’s license.”

Despite Black Swan’s anxiety, Scherzinger raved about the singer’s performance of Michael Bolton’s heartbreaking ballad “How Am I Supposed to Live Without You.”

“You took us to church for the finale,” Scherzinger said.

In his clue package, Piglet spoke about wanting to retreat, after feeling too exposed in the public eye. “I was one of the first people to open up my life to the public,” he said. “It was before social media, and trust me, without the filters. The criticism was so much, I had to become a pretty private person after that.”

Piglet’s rendition of “Faithfully” by Journey moved Jeong. “That was amazing,” the panelist said. “I’m speechless.”

The results are in

Fans of Chameleon will likely stick their lizard tongues out at the competitor ending up in third place.

Before the star’s unmasking, show host Nick Cannon shared the panel’s first impression guesses and gathered their final answers. McCarthy no longer suspected Oscar-winner Denzel Washington. Instead she leaned toward rapper Gucci Mane. Thicke went from former LMFAO member Redfoo to “We Dem Boyz” artist Wiz Khalifa. Scherzinger dropped her first instinct of Cannon (who missed shows due to testing positive for COVID-19 and later was revealed to be Bulldog) for Khalifa. Jeong thought his previous guess of NBA player Dwight Howard was out of bounds. So, he went with “I’m Different” artist 2 Chainz, a hunch that Rimes backed.

Chameleon’s alter ego turned out to be the one and only Wiz Khalifa.

Now, on to the rest of tonight’s big reveals. Despite vocals that helped her fly through the competition, Black Swan received second place, making Piglet the season’s winning act.

Thicke originally speculated singer Rita Ora was beneath the feathers, which he changed for “Motivation” songstress Normani. McCarthy ditched her guess of “Gossip Girl” alum Leighton Meester in the past and settled on Grammy-winner Monica. Jeong traded “Domino” singer Jessie J for “Dancing with the Devil” artist Demi Lovato. Scherzinger ditched one singer – Natasha Bedingfield – for another: JoJo, a guess Rimes endorsed.

Ruffling most of the panel’s feathers, Black Swan turned out to be JoJo.

Well, great minds think alike. Thicke, McCarthy and Rimes’ choices were correct: Piglet, with Lachey under the mask, is officially the Season 5 champ.

“I’ve had the best time going on this incredibly twisted and weird ride that is ‘The Masked Singer,’ ” he said.

Thicke attributed Piglet’s win to talent and the contestant’s ability to be playful.

“You did two things so well, and that’s why you won, is because when you sang, you sang with so much emotion – there was always so much emotion in his voice, you could feel it,” said Thicke. “And then you were so silly in-between that it was just a lovable character that took us all.”

“My kids wanted me to do this show for so long, like ‘Daddy, Daddy, please do ‘Masked Singer,'” Lachey said. “And so I’m so excited. They have no idea that I’ve done this.”

Referring to his golden trophy, he added: “Daddy’s coming home with a little hardware.”

McCarthy also exited this season with an award. For the second year in a row, she earned the Golden Ear Trophy.

Don’t call it a comeback: Nick Cannon unveiled as Bulldog on ‘Masked Singer,’ returns as host next week