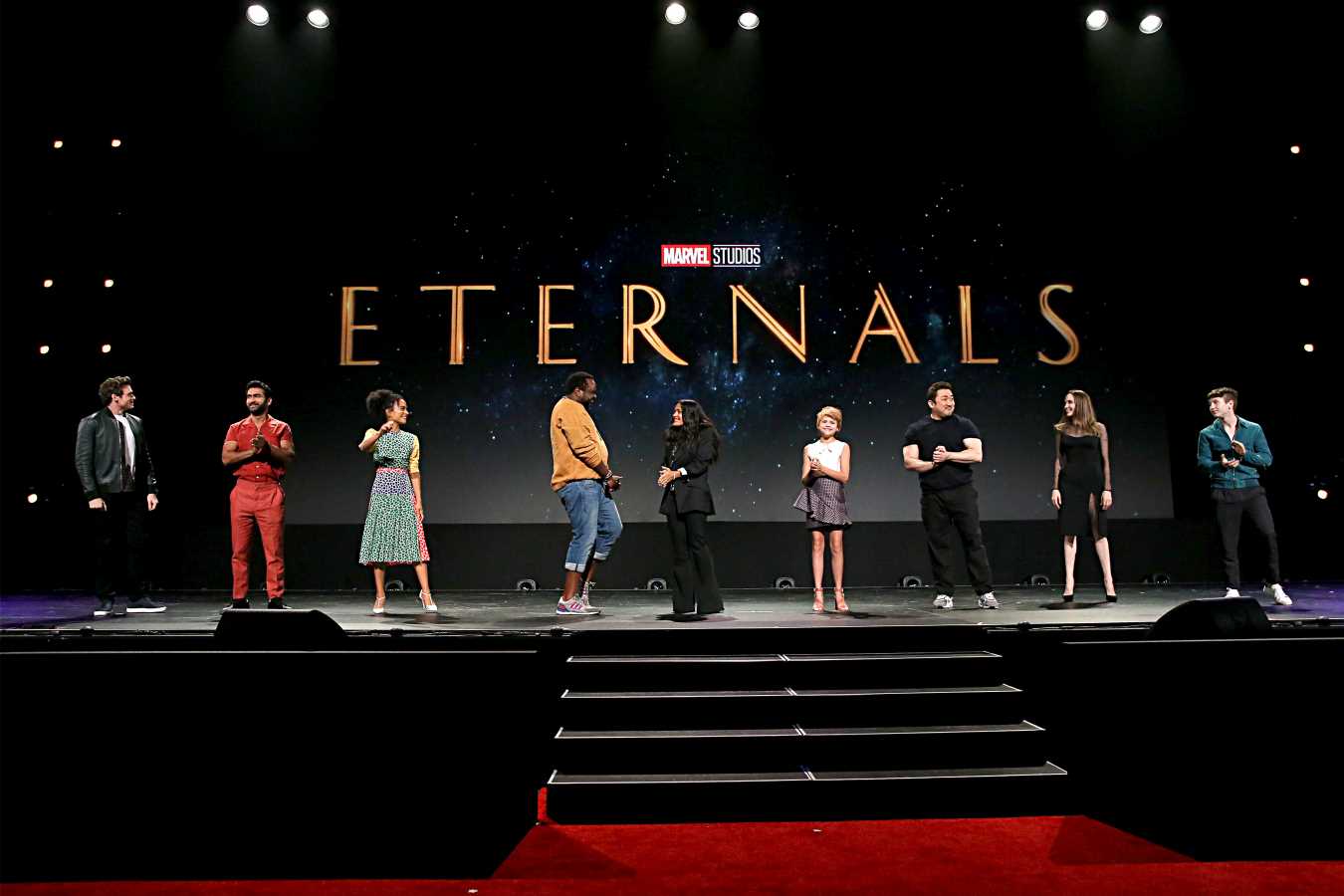 Rumors percolating online suggested as much, but Feige made the news official during the D23 Expo in California this past weekend.

While he didn’t confirm which character, the executive producer told Good Morning America in an interview that premiered on Monday, “He’s married, he’s got a family, and that is just part of who he is.”

The Eternals, about a group of immortals who were charged by the Celestials with protecting earth from the Deviants, will mark the 25th entry of the MCU and, it appears, the first time these films will openly acknowledge one of its superheroes as LGBTQ. The main lineup of Eternals in the comics didn’t feature an LGBTQ character, so it’s unclear at this point who Feige is talking about.

Gemma Chan will also return to the MCU but not as Minn Erva, who appeared in Captain Marvel. This time, she’ll play Sersi, a lover of humankind.

Concept art of the characters debuted on the D23 stage.

Thompson, who returns for Taika Waititi’s Thor: Love and Thunder, revealed at Comic-Con in July that Valkyrie, as the king of New Asgard, “needs to find her queen.” Feige later confirmed her to be the MCU’s first openly LGBTQ character. This comes after a scene was cut from Thor: Ragnarok that would’ve acknowledged this.

Avengers: Endgame co-director Anthony Russo appeared in his film as a gay character in a small role. Zack Barack became the first trans actor to appear in a Marvel movie with Spider-Man: Far From Home. That, too, was a background part.