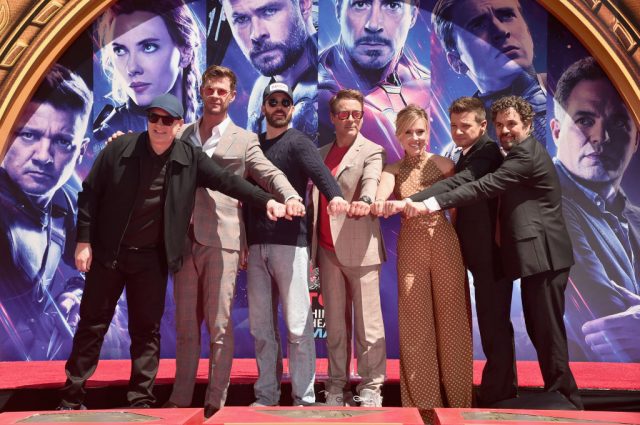 Marvel Studios just revealed their Phase 4 lineup at San Diego Comic-Con last month. But, thanks to the recent Fox/Disney merger, there are a lot of new characters ready to enter the Marvel Cinematic Universe, and fans are already talking about what Phase 5 and Phase 6 will look like. One report claims that an all-out Avengers vs. X-Men movie is in the works, but could this crossover really happen?

Acrossover will take years to set up

According to We Got ThisCovered, Disney and Marvel execs have been talking about anAvengers and X-men crossover since before the merger with Fox was complete.From Disney’s perspective, the character rights to the Marvel mutants – as wellas the Fantastic Four and Deadpool – were one of the major highlights of themerger. And, it makes sense that fans want to see the characters in the MCU assoon as possible.

However, the reason the MCU has been so successful is because Kevin Feige had a long-term master plan that subtly connected every film in the universe. He introduced characters in standalone films and post-credit scenes and then eventually brought them all together as an ensemble in the four Avengers films. It was absolutely brilliant, and the box office earnings for Phases 1 through 3 prove it.

There is no doubt that Feige has the sameapproach to the next three phases, and that means fans will have to be patient.Yes, Marvel Studios now has the character rights to the X-Men, but that doesn’tmean the mutants will appear anytime soon.

It does look like Avengers vs. X-Men willhappen, but not until at least Phase 6. And, that won’t begin until 2023 at theearliest.

Introducingthe X-Men into the MCU

In order for an Avengers vs. X-Men film to work, Marvel will first have to introduce the new Avengers, as well as their cinematic version of the X-Men. Unless the studio amends their Phase 4 lineup, neither superhero group will have their own movie until at least Phase 5.

In the meantime, they could start introducing fans to these characters in post-credits scenes in the Phase 4 films Black Widow, the Doctor Strange sequel, and Thor: Love and Thunder.

Rumor has it that Marvel will introduce theX-Men first before the New Avengers assemble, and that will keep their castingdepartment very busy because the X-Men from Marvel Studios will not lookanything like what Fox has released for the past two decades.

The New Avengers will most likely be BlackPanther, Spider-Man, Blade, Shang-Chi, Jane Foster’s Thor, and Scarlet Witch.But, before they can do a major crossover with the X-Men, there will probablybe some minor crossovers in post-credit scenes to lay the groundwork for ameeting between the two teams.

Since basically everyone on planet Earth saw Avengers: Endgame, there are fan theories all over the place about possible clues in the film that hinted at the future of the MCU. One of the most popular came from Reddit user u/kobikwahbz, who pointed out a detail on the Avenger’s time travel monitor, specifically the “Quantum Vectors” section of the screen.

That section appears to be some kind of travelor search history, and there are three years listed in the top right-handcorner: 2009, 2012, and 2988.

2012 is obviously the year of the Avengers’Battle of New York, and 2009 could be a reference to when the MCU began. Thatwas about the same time that Tony Stark announced “I am Iron man,” Bruce Bannerstarted his research in South America, and T’Challa earned the Black Panthertitle. But, what happened in 2988?

We know that everything from Kevin Feige and the Russo Brothers has a purpose. They plan every detail and Easter eggs are everywhere, so these three years must be a clue, right?

Marvel has used the number 2988 before. In their What If comics series, they featured Earth-2988 in issue #111, Wolverine: Horseman of War. The fan theory is that Marvel will use the new Disney+ What If series to introduce X-Men and Fantastic Four because that issue of What If followed Wolverine as he killed the other heroes in the Marvel universe.

Yes, it’s a huge stretch. But, 2988 just mightbe the first reference to the coming battle between the Avengers and the X-men.