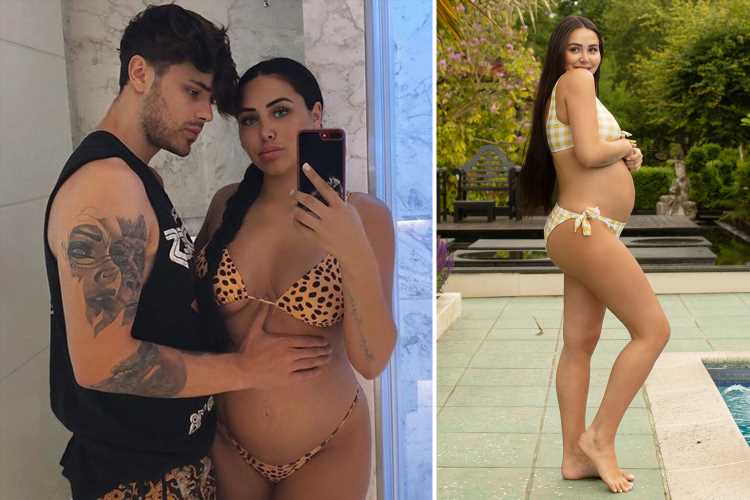 The Geordie Shore beauty is expecting her first child –  a boy with Casey Johnson –  in three months. 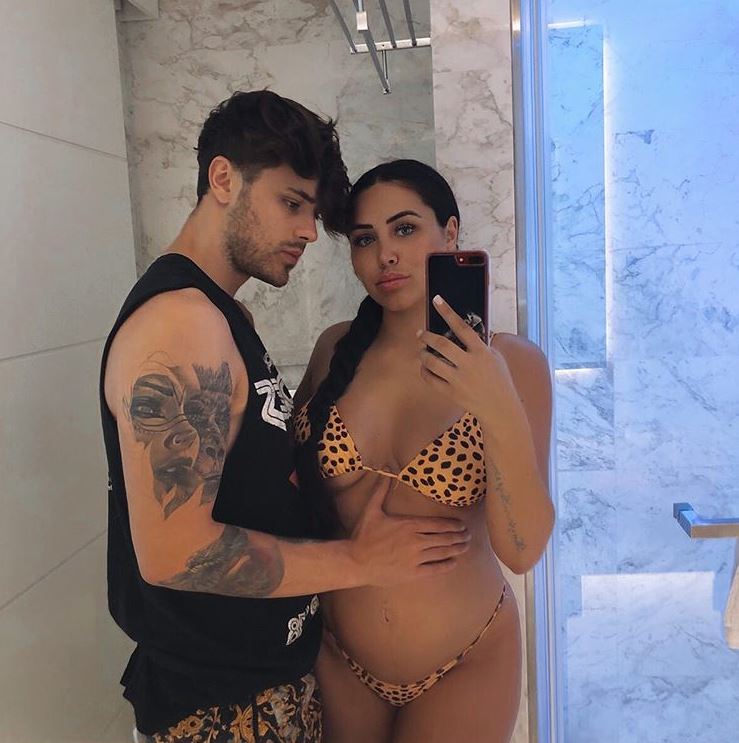 Marnie has spoken for the first time about her new craving which is driving her mad at bathtime.

In an exclusive chat with the Sun Online, the 27-year-old said: "I've been getting these weird cravings.

"So you know like a sponge that you wash yourself with? I've been wanting to chew it.

"I just put it in my mouth when I'm in the shower –  and it's really warm.

"I can't get the flannels and sponges out of my head. I just start chewing it and letting the water roll down my face." 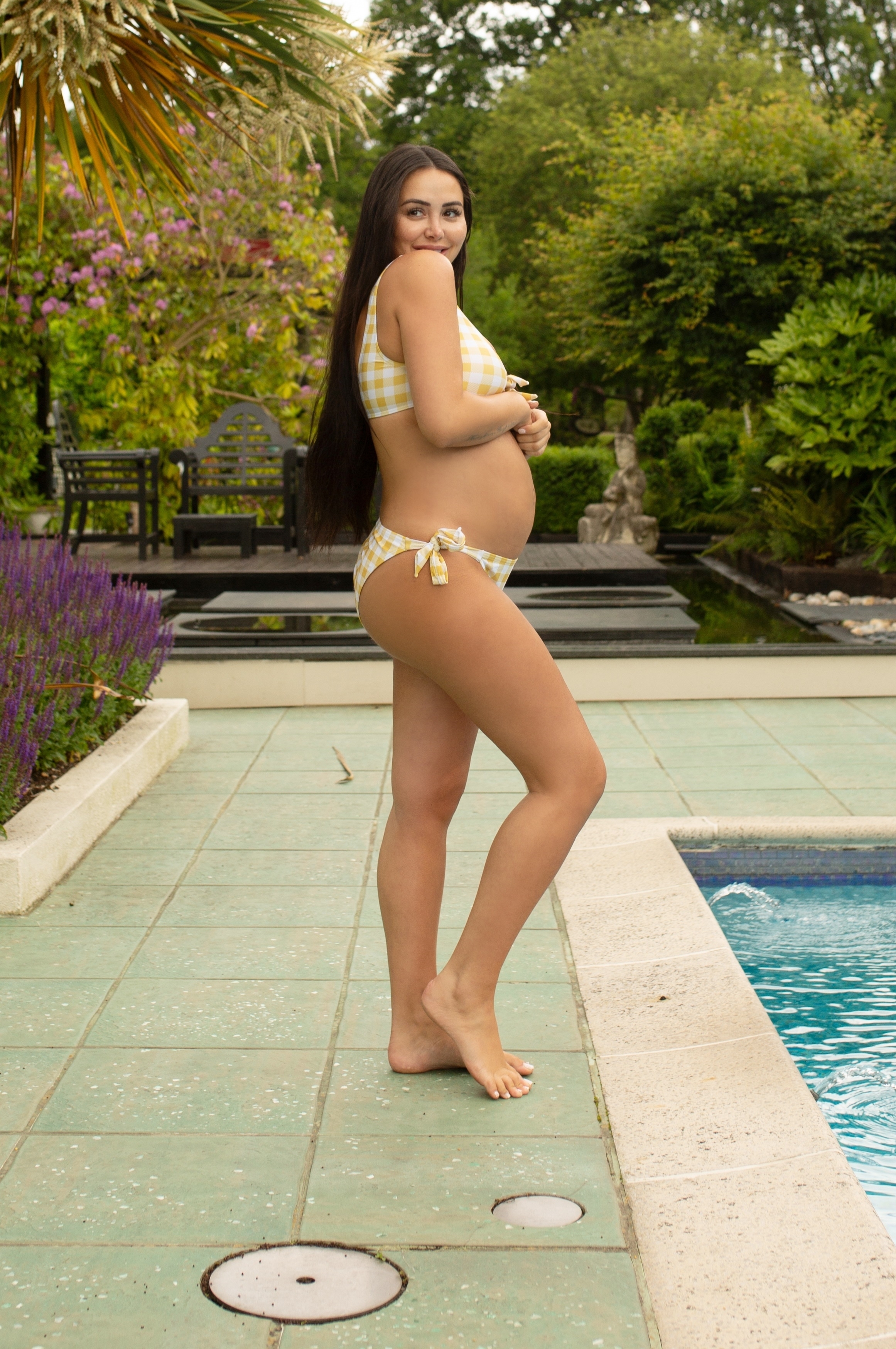 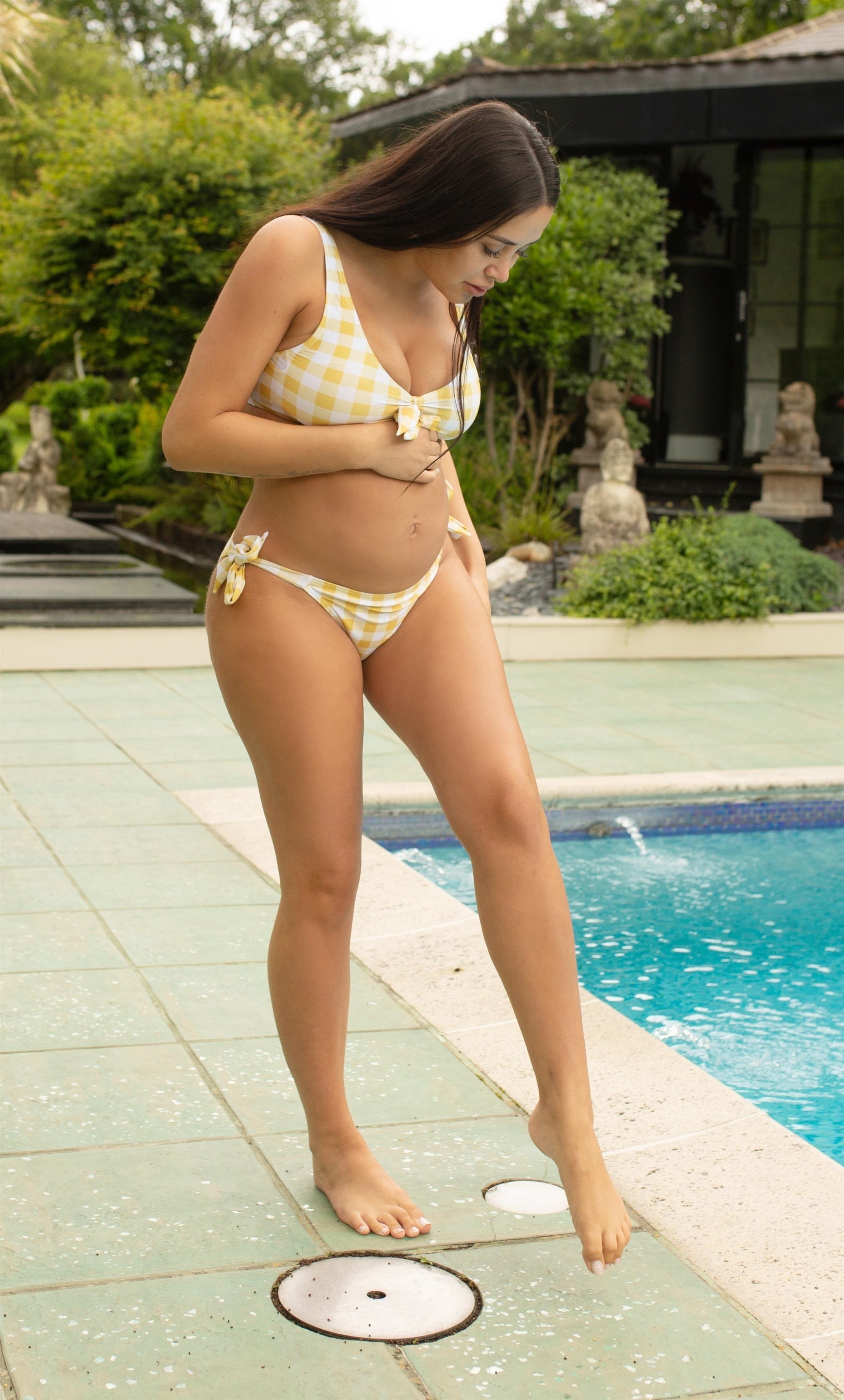 She added: "It only started about 2 weeks ago, and I kept it to myself because I was so embarrassed to tell Casey.

"Then we spoke to the midwife and she was like, 'This is quite normal.' Pregnant women get these strange urges –  it's quite normal."

The urge to eat non-food items with no nutritional value is known as Pica – and is particularly common during pregnancy.

The reason that some women develop Pica cravings during pregnancy is not known for certain, but some say it's the body's attempt to get vitamins or minerals, or may be a connection to an iron deficiency. 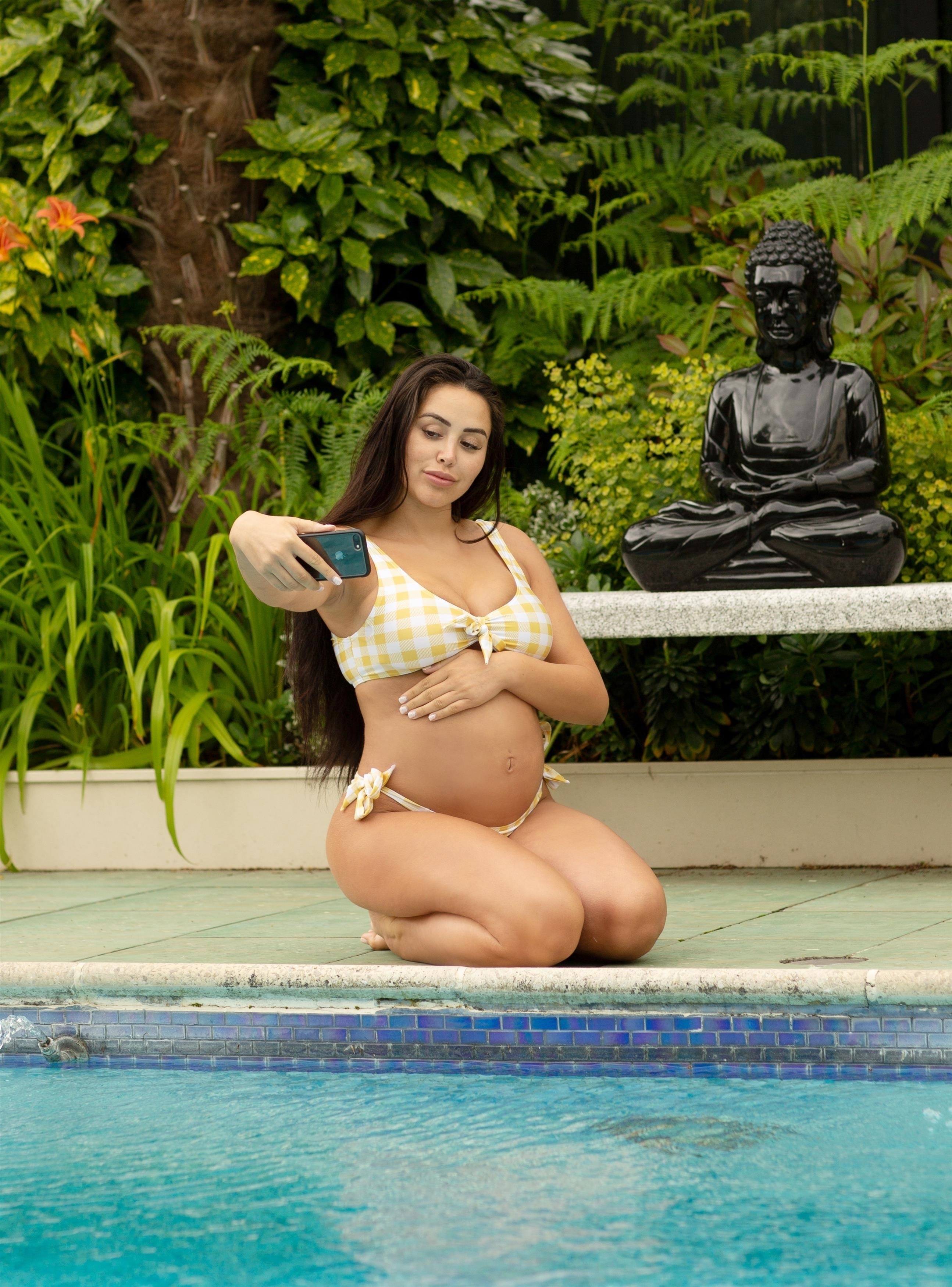 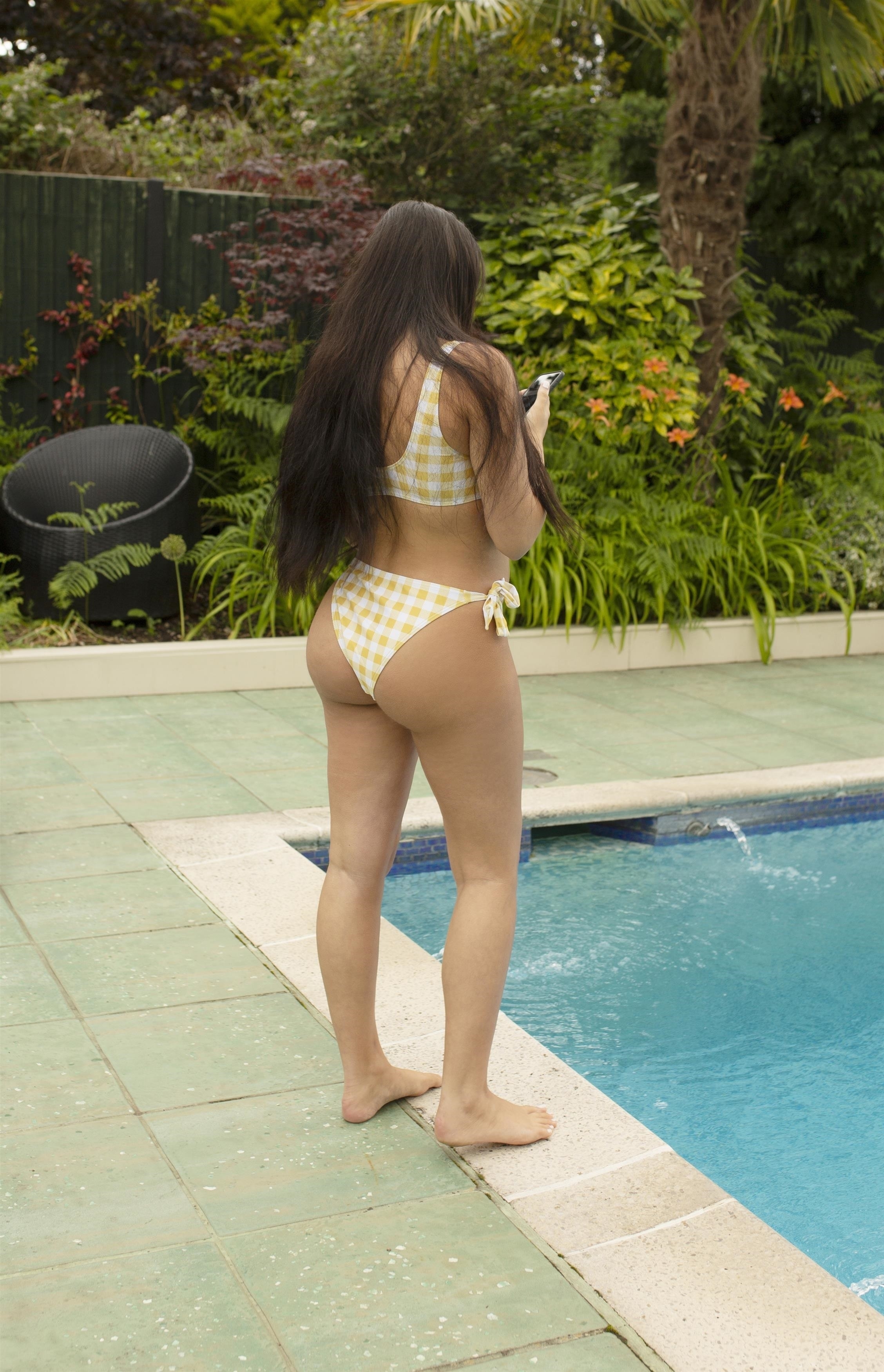 Pica is the term used to describe intense cravings for non-food items which have no nutritional value.

No-one really knows what causes it – but it's most common during pregnancy.

It has been linked to iron deficiency, but this doesn't mean you have a deficiency if you have unusual cravings.

Although many women see no adverse effects, pica can cause health problems like bowel blockage or lead poisoning if you are consuming the wrong items in large quantities.

Mums-to-be should avoid following these cravings if possible.

Meanwhile Marnie has been doing all she can to make sure she's every inch the hot mama while she grows her bump.

Although she is indulging in her favourite chocolate treats and has been resting up instead of going to the gym, she still enjoys getting glammed up.

Talking about fans saying she's a yummy mummy, she said: "I feel like I've got to stay sexy for Casey."

She joked: "It's true. You just feel like a fat slob so I feel like if I dress up I feel a little bit better. Normally I don't usually do my hair and make-up, but because I've been pregnant I've been putting in that extra effort."
Inside pregnant Marnie Simpson and Corey Johnson's gender reveal party

Marnie, who recently showed off her stunning curves in a neon bikini on holiday in Cyprus, added: "I do eat really bad –  I went through a stage I was eating so much chocolate it was giving me heartburn, so I've cut back.

"The same with the gym, I'm so busy with work that when I get home  I just want to relax.

"I'm not under pressure to stay in shape when I'm pregnant, I can do it after."