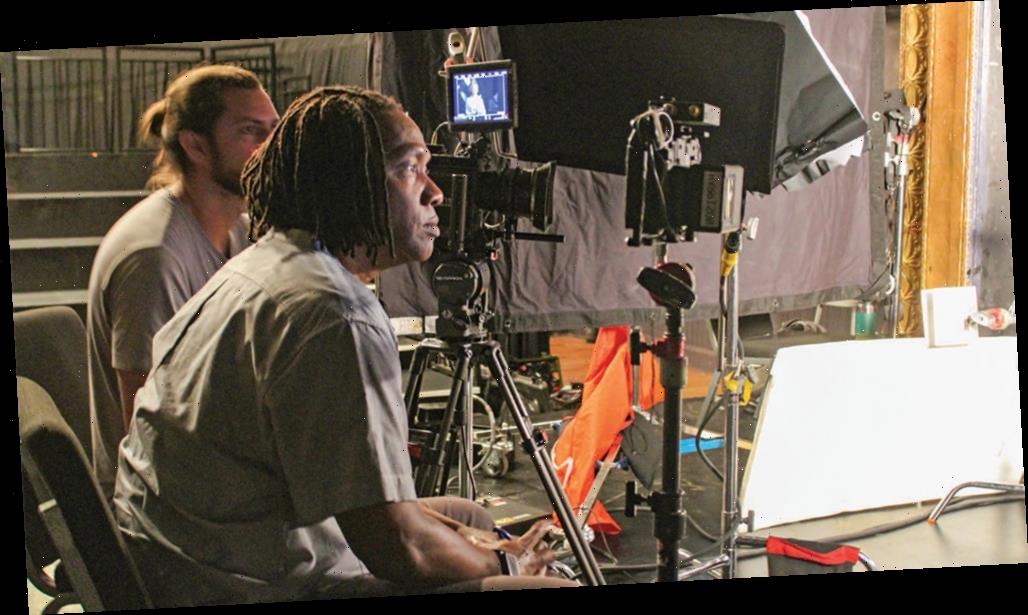 As with most events held in 2020, the March on Washington Film Festival has two major historical moments to contend with — the coronavirus pandemic and the racial reckoning spurred by the Black Lives Matter movement. But while hosting a film festival amid an unprecedented health emergency is definitely challenging, event founder Robert Raben shares the benefits of presenting a program that centers on civil rights in today’s climate.

“It’s clearly horrible that the nation is yet again going through another cycle of reckoning about our past and how it affects our future and our current,” Raben tells Variety. “But it’s an unbelievably appropriate time for people to be focused on [Black] history, what’s the accurate telling of our history, and most importantly, how does our past influence our current situation. That’s what the festival is about — it’s designed to connect an accurate telling of our past, to our current and to our future.”

In respect to the pandemic, Raben says it has “flipped the model” of the film festival, which will go virtual this year for the first time. While the celebration historically centered around its physical destination in Washington, D.C., with some content made available online, now organizers are “curating programming from the beginning for a national and a worldwide audience,” he says.

Raben, a prominent D.C. attorney and lobbyist, established the film festival in 2013 to commemorate the 50th anniversary of the March on Washington, where the Rev. Dr. Martin Luther King Jr. delivered his renowned “I Have a Dream” speech before a crowd of 250,000. Raben cites his close working relationship with the late civil-rights icon U.S. Rep. John Lewis — who will be honored during the festival’s annual gala with the Lifetime Legacy Award — as the impetus for founding the event.

While accompanying Lewis on his yearly pilgrimage to Alabama, Raben met a woman in her 70s who was a tour guide at the parsonage house where King’s family lived when he was a pre-acher in Montgomery.

He continues: “In the civil-rights movement, it was overwhelmingly the women who organized the boycotts, ran off the mimeograph flyers telling you when the rallies were going to be and made sure the people were actually trying to register to vote. The men were out front doing the preaching and the media. But it was the women battle soldiers who moved the movement.”

Further inspired by Steven Spielberg’s Shoah Foundation, which records testimonies of genocide survivors, creating a record that can be used to educate people, Raben set out to share those little-heard stories through the festival.

“I was deeply interested in creating a platform that allowed people to tell first- or second-person narratives around much more diverse perspectives. And what it morphed into was a realization of [the importance of] who gets to tell the story.”

“Who Tells the Story” is the theme of this year’s festival and a direct acknowledgement that the storyteller is just as important as the story itself.
“It was inspired by the African proverb ‘Until the lion learns to write, tales of the hunt will always glorify the hunter,’” fest artistic director Isisara Bey explains. “This has been about not just telling the untold stories of the movement or the mis-told stories of the movement, but also stories told in the voice of the people who experienced them and not filtered through racist history, or a myopic media, or the thick veil of privilege and white supremacy.

“It’s timely because, while people are now peeling back another layer of ‘What did not I know about African Americans?’ it gives them examples and places to intersect where they can learn.”

Bey points to events featured in this year’s lineup, including the re-creation of the 1965 debate between James Baldwin and William F. Buckley.

Filmmaker Yoruba Richen, whose documentary “The Sit In: Harry Belafonte Hosts the ‘Tonight Show’ ” will screen during the festival, will also join the “Black Hollywood Then & Now” conversation, which focuses on the evolution of African Americans in the film industry, from pioneer Oscar Micheaux to today.

Sharing why she wanted to get involved, Richen says, “We’re still fighting for a lot of the same things and films can help shine a light on those issues in different aspects.”

Richen first recognized the power of media while growing up at the beginning of the cable media age in the ’70s and ’80s, before going on to a career in documentary filmmaking.

“Part of it was feeling very frustrated with how few stories of African Americans were told, and that we were not the ones telling it,” she recalls. “So [my interest] came out of a frustration and knowing and seeing how important media was to shining light on social issues.

“I just re-watched [Spike Lee’s 1988 film] ‘School Daze’ on Netflix,” she says. “But it’s like, ‘Wow, how prescient Spike was in a lot of ways and a lot of the issues that he was dealing with.’ How he was looking at relationships within the Black community as well as between African Americans and white people. And, how only in the last few years, it seems like he’s getting his due.”

“In some ways, every Black is an important filmmaker because there’s so few of us, so every film that’s being made, especially in those early days, was
a revolution.”

And as Hollywood recognizes the need to consider the identity and diversity of its storytellers — especially when confronted with the fact that Black stories have historically been told through a white lens — Bey explains how the film festival embraces this moment and hopes to create opportunities for the next generation of Black storytellers.

“For African Americans in the industry, what this time does for us is it allows us to really see each other, come up with new ways to work together, and really work the power structure that is the film industry in a way that is much more inclusive,” Bey says.

“The white industry is more aware of what they’re lacking, missing or have overlooked. This is a crucial time to push as far forward as we can, because it doesn’t always stay in this opening and growth era. It’s smart for us to take full advantage of this time when interest is there, money is available, eyes are being opened and creativity is flourishing, so we can build an infrastructure that will take us into the next level of the future.”

The festival is updating the topic that James Baldwin and William F. Buckley addressed in a Cambridge University debate in 1965 with the title “The American Dream Is Still at the Expense of African Americans,” with talks by public intellectuals and university debate team students. David Frum, political commentator and staff writer, and Khalil Gibran Muhammad of the Harvard Kennedy Center, will participate, with rebuttal questions from Michael Franklin, the Howard University Debate Team and others. Nicholas Buccola, author, “The Fire Is Upon Us,” moderates the event.

Civil Rights and the World: After Words

For the full lineup of events and films, please visit marchonwashingtonfilmfestival.org