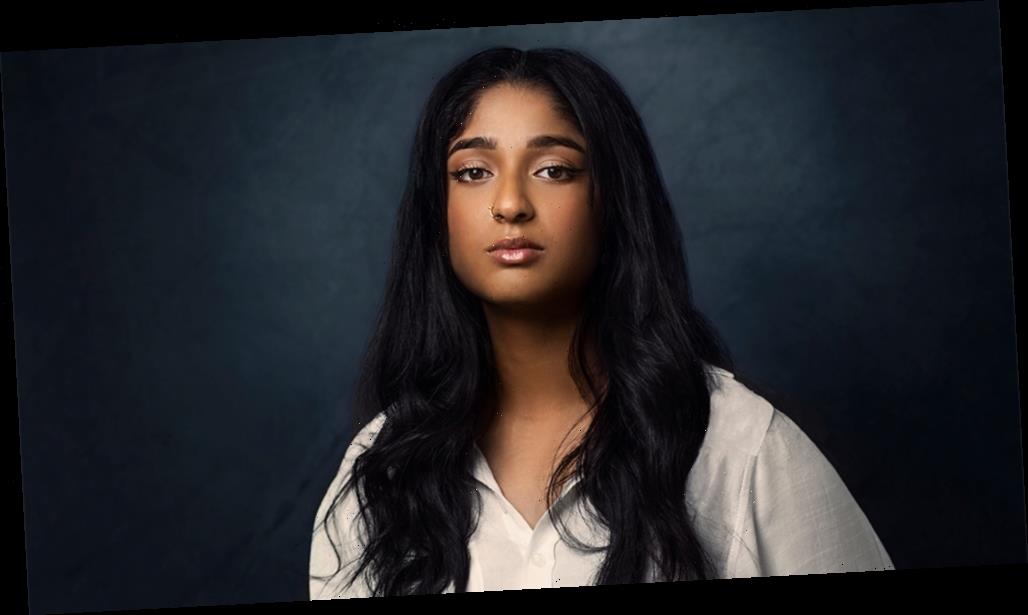 The 18-year-old-star of Netflix’s breakout hit “Never Have I Ever” hasn’t let fame go to her head. “The most famous person in our house is the dog,” she says of her pup Melody. “She’s the only famous MR in the house.”

Still, it’s been a whirlwind year for the actor, who, despite having no professional credits to her name, landed the starring role in the series created by Mindy Kaling and Lang Fisher after Kaling posted a casting notice on social media. Of Tamil Hindu descent from Sri Lanka, Ramakrishnan was born and raised in Ontario, Canada, and bested countless others to land the role of Devi, a 15-year-old Indian-American girl navigating high school while coping with the loss of her father.

Not only is the show her first professional acting job, it’s her first job ever. “I always wanted to have a part-time job during high school but I could never manage to fit it in with my after-school theater schedule,” she notes.

In fact, she was preparing to play Velma Kelly in “Chicago” while auditioning for “Never Have I Ever.” She was able to finish that musical before starting the series, in which she soon found herself sharing scenes with John McEnroe (who plays himself/the narrator of the show).

She wasn’t too intimidated because, she admits, “Honestly, I didn’t know who he was.” When they met, she made casual conversation (“Do you still play sports?”) before offering to grab him a cookie from craft services.

Though going from high school theater to the lead in a series could be a daunting prospect, Ramakrishnan says the entire crew offered her support and guidance. “Before we even shot, the assistant directors took me to the set of ‘The Good Place,’” she recalls. “I’m a big fan of the show, so it was so surreal. I got to see Ted Danson and all these cool actors do their thing up close.”

Despite some questionable choices (she misleads her peers into believing she’s had sex with her high school crush), Devi is a refreshingly honest and relatable character. And the impact of portraying an Indian-American family is not lost on Ramakrishnan. “I didn’t get that growing up,” she notes. (Her hero was Hermione Granger from the “Harry Potter” series.) “I didn’t get that representation and now, having the show out, I could be sour about the fact I didn’t get it, or I can be happy about the fact my cousin who’s 10 years younger than me gets it.”

She notes that “Never Have I Ever” resonates beyond teenagers. “The show talks about so many different things that people can relate to. Going through grief or going through high school isn’t specific to one age group or one culture.”

Asked about her biggest challenge and Ramakrishnan doesn’t hesitate to bring up the amount of crying she had to do over the series. The first time was in Episode 1, in which Davi sees her late father watching tennis and they have a heart-to-heart. “That was the first ever crying scene I’ve ever had to do,” she recalls. “And I’m a perfectionist, I have to do the best possible job and keep going until everybody has what they need.”

But looking back, Ramakrishnan says those are the scene’s she’s most proud of. “And it started coming more naturally to me. By the end of Episode 9, where Davi shuts the door on her mom’s face and cries, it was coming so naturally to me.”

Because the series premiered in April when the world was already in lockdown, Ramakrishnan says it’s hard to gauge how it has changed her life.

“I’m still getting used to the idea that people are watching my face willingly,” she says with a laugh. She’s quarantined in her home in Canada with her family (and more importantly, Melody) and says she’s passing time by playing video games, piano and the violin.

As for future projects, Ramakrishnan says she’s reading different scripts and putting a lot of thought into what she wants to do next. “Right now I’m in a position where I’m trying to figure out where I see myself taking my career,” she says. “There are so many different paths within just being an actress and I want to figure out what resonates with me and how I want to make my mark in Hollywood.” And beyond just career, she is open to learning, adding, “Every day is a new day and I’m learning tons of different things.”